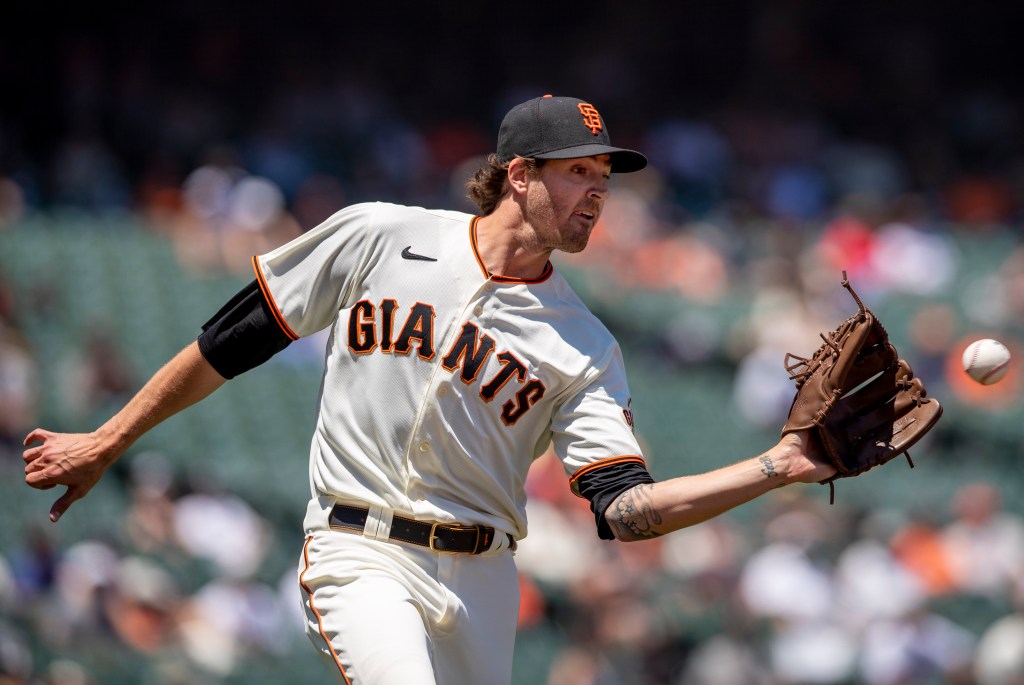 ANAHEIM — Giants ace Kevin Gausman has established himself as an ace, posting a 1.51 ERA that ranks second in the majors behind only Mets superstar Jacob deGrom’s historic 0.50 mark.

“He’s doing something we’ve never seen before,” Gausman said of Ohtani. “Usually there’s a guy and if he’s a hitter, he impresses only the hitters. If he’s a pitcher, he only impresses the pitchers. He’s kind of impressing everybody. He’s a unique character in the game right now and for good reason. There’s a lot of hype around him.”

There’s no modern comparison for Ohtani, who owns a 2.70 ERA in 10 starts and enters play on Tuesday tied for the American League lead in home runs with 23. The only player who can realistically be compared to Ohtani is Babe Ruth, who last played in 1935 and certainly wasn’t throwing 100 mile per hour fastballs when he was on the mound.

Fans and players alike marvel at Ohtani, who has struck out 73 batters in 53 1/3 innings while posting a 1.005 OPS as a hitter that ranks him among the top five batters in the American League. Gausman faced Ohtani in 2020 when the Giants met the Angels in interleague play, but on Wednesday, he’ll likely see Ohtani do what no AL pitcher does in the era of the designated hitter: Bat for himself in a game he starts.

“It’s probably the first time I’ve ever faced a guy like him,” Gausman said. “A pitcher that’s in the lineup and not just because he has to be. So that’s pretty cool. He’s a very exciting player and everybody is talking about him and for good reason. What he’s done so far has been pretty incredible.”

In June, 2016, the Giants gave up the designated hitter so that Madison Bumgarner could hit for himself at the Coliseum in a matchup with the Oakland A’s, but at the time, the former Giants ace was batting .175 with a .611 OPS and two home runs on the season.

The Giants became the National League team to give up the DH since 1976 and had Bumgarner bat in the ninth slot in the order. When Ohtani pitches and bats in the same game for the Angels, he bats second.

The day after his starts, Ohtani is usually in the lineup again.

Aside from enjoying the best season of his career on the mound, Gausman has also turned himself into a relatively competitive hitter at the plate. After starting his career 2-for-61 with 35 strikeouts in the batter’s box, Gausman is 5-for-26 with four sacrifice bunts and a RBI this season.

For a pitcher, those numbers are respectable. He also knows they don’t begin to measure up to what Ohtani is capable of doing with a bat in his hands.

“I was hoping that I could hit against him because I wanted to see what his split looks like,” Gausman said. “Not that I think I could hit it, I would just love to be able to see it.”

Remarkably, the only starting pitcher in the majors with a better ERA than Gausman might be the best hitting pitcher aside from Ohtani. deGrom, a former shortstop at Stetson University, has given up four earned runs in 12 starts while going 11-for-27 (.404) with six RBIs as a batter.

Gausman doesn’t envision seeing another player with Ohtani’s skill set for a long time, but if a player were to ever follow in his footsteps as a true two-way weapon, deGrom might have the best chance to succeed.

“He was drafted as a shortstop, so there’s definitely something in there,” Gausman said. “Would he be able to hit for power like Ohtani? I don’t know, who knows the answer to that.”