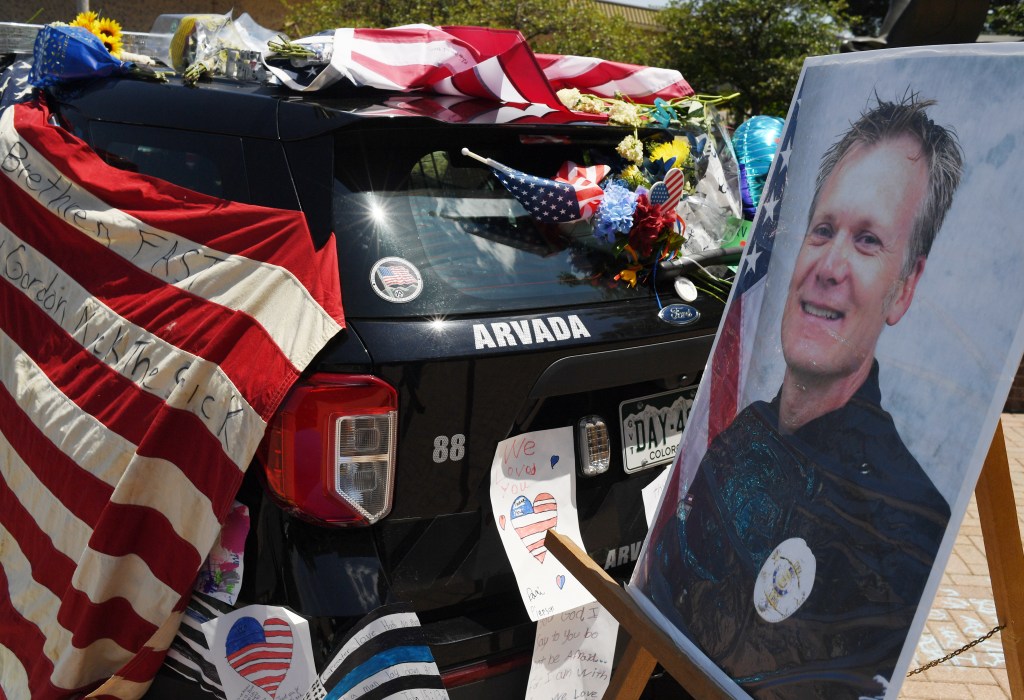 Like most Black kids growing up in Washington, D.C., I had a complicated relationship with the police. On one hand, each time a patrol car drove down our street there was an immediate surge of fear and anxiety because each interaction was potentially volatile. On the other hand, I had my first introduction to competitive athletics through the Police Athletic League. Despite my experiences in PAL, I never lost that inherent fear of law enforcement officers.

In college, I led protests against police brutality. So, it was no small surprise to my family and friends when about a year after graduating from college I became a sworn officer. Many are surprised to learn that I continue to serve as a reserve police officer.

I’m frequently asked why. Why as a Black man would I put on a badge and gun? Why in the era of “Black Lives Matter” and “Defund the Police” do I put on a uniform that to some represents oppression? I regularly ask myself the same questions. The answer lies in men and women like Officer Gordon Beesely. I didn’t know Officer Beesely, but from what I’ve learned he was the embodiment of what we expect from a law enforcement officer. Beesely was shot and killed in Olde Town Arvada on Monday while responding to a call about suspicious activity.

In southeast Washington, there were some police officers who, through their actions, showed me there is a better way to police our communities. Officer Beesely and those few officers from my old neighborhood are a constant reminder to me that law enforcement needs officers with a deep well of humanity grounded in unconditional love for the people they are sworn to serve.

I was first confronted with this question in the aftermath of the line of duty death of Boulder police Officer Beth Haynes on April 16, 1994. As an officer at the University of Colorado Police Department-Boulder, I worked regularly with Beth and considered her a friend. Officer Haynes was killed responding to a domestic disturbance while protecting a bystander from a gunman. Officer Haynes left her position of cover to protect this bystander. She didn’t know this person, but she chose their life over her own safety. My memories from that night are still exceptionally vivid. At times, it feels like I’ve been transported back in time. It is in those quiet moments where I wonder if I’m truly capable of laying down my life for another.

The raw emotion surrounding any line of duty death, especially those where the officer’s death is the result of violence, is because it forces every officer to ask the fundamental question posed by servant leadership. Am I willing to give all in service to my community even if means I must sacrifice my life? Although it is not spoken of explicitly or very openly, a specter of death surrounds every officer each and every time we put on the uniform. We use euphemisms, which to some degree acknowledge death lingers near every duty shift. We say things like “everyone comes home” or “keep your head on swivel.” Most famously, Sgt. Phil Esterhaus from Hill Street Blues at the end of roll call would say “Let’s be careful out there.”

Officer Beth Haynes’ funeral service was the first, but, unfortunately, not the last service I’ve attended for an officer killed in the line of duty. In the past few years, I’ve attended the services for:

Boulder police Officer Eric Talley who rushed into the King Soopers to confront an active shooter; Adams County sheriff’s Deputy Heath Gumm who was killed chasing a suspect just north of Denver; Douglas County Deputy Zackari Parish who was killed by a man he was trying to help through a mental health crisis; Colorado Springs Detective Micah Flick who was killed trying to apprehend an auto-theft suspect; Sergeant Matthew Moreno who died in a car crash while responding to a call along with the driver of another car, Taelor Roybal, 23, and her son, 1-year-old Ezekiel Valdez; and Colorado State Patrol Corporal Daniel Groves who was struck and killed while responding to help stranded motorists in a blizzard.

Sadly, as this past week has shown, they certainly won’t be the last.

Whenever I write or speak, I try to end on a hopeful note, but I struggle to do so now. Perhaps it’s because I know this is not the last time I’ll have cause to revisit these thoughts. However, I do find solace in knowing there are officers like officers like Parish, Gumm, Flick, Moreno, Groves, Talley, Beesely, and Beth Haynes who embrace servant leadership. Officers who put on the badge each day knowing servant leadership means that we serve our entire community with unconditional love.

Terrance Carroll is a former speaker of the Colorado House. He is the Executive Director for Unite Colorado. Unite Colorado is committed to bridging the growing partisan divide in order to tackle our largest challenges and leave a better state for future generations. He is on Twitter @speakercarroll.