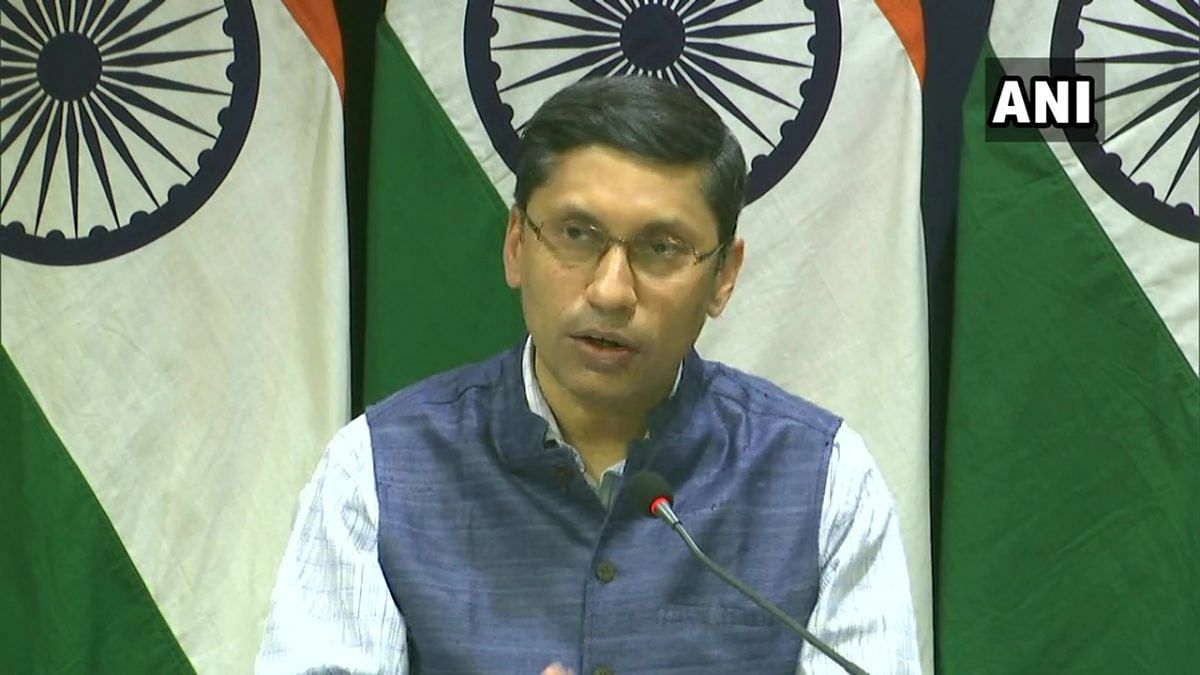 
New Delhi: India on Friday said it expects that its CoWIN vaccination certificate would be recognised by the European Union on a reciprocal basis for travel and it is in touch with member states of the bloc over this issue.

Ministry of External Affairs Spokesperson Arindam Bagchi said the European Union has now instituted what is called an EU digital COVID certificate for exempting restrictions on the movement of vaccinated people.

“Our expectation is that Indians who have been vaccinated through our domestic vaccination programme would be treated at par with those vaccinated in the EU and the CoWIN vaccination certificate would be recognized by the EU on a reciprocal basis,” he said at an online media briefing.

“As you are aware, such CoWIN vaccination certificates can be authenticated on the CoWIN website itself. We are in touch with the EU member states in this regard for reciprocal acceptance,” Bagchi said, noting that a number of EU countries have already taken “positive steps” in this direction.

His remarks came a day after sources said nine European nations are accepting Covishield vaccines for travel to their countries.

Austria, Germany, Slovenia, Greece, Iceland, Ireland and Spain are among the countries allowing travel by people who have taken Covishield vaccines, the sources said.

They said Switzerland is also accepting Covishield as a Schengen state.

Separately, Estonia has confirmed that it will recognise all vaccines authorised by the government of India for the travel of Indians to that country, the sources said.

India has already asked the EU member countries to individually consider allowing Indians who have taken Covishield and Covaxin vaccines and want to travel to Europe.

The European Union’s Digital Covid certificate or “Green Pass” came into effect on Thursday with an aim to facilitate free movement during the COVID-19 pandemic.

Under this framework, persons who have taken vaccines authorised by the European Medicines Agency (EMA) will be exempted from travel restrictions within the EU region.

The individual member states have the flexibility to also accept vaccines that have been authorised at the national level or those recognised by the World Health Organisation (WHO).

There have been apprehensions in India that people who took Covishield and Covaxin jabs are unlikely to be eligible to travel to the European Union member states under its ‘Green Pass’ scheme.

The ‘Green Pass’ will be mandatory to travel to European countries and the document will serve as proof that a person is vaccinated against COVID-19.

Asked about the issue of vaccination norms in various countries and seeking of re-vaccination by some of them, Bagchi said this would depend on the country concerned.

To queries on imports and exports of vaccines, he said the government is making all efforts to augment vaccine availability in the country, be it through domestic production or imports.

“As regards the specific vaccines and the status of their imports into India, this is a matter for the concerned regulatory authorities,” the MEA spokesperson said.

On supply of vaccines abroad, Bagchi reiterated that India’s current priority remains purposing domestic production for its domestic vaccination programme which he said is progressing rapidly.

To a question on travel into India, he said such issues are being dealt with by the Health Ministry and the Ministry of Home Affairs.

On a proposal of India and South Africa for a temporary waiver of certain intellectual property rights provisions in the TRIPS Agreement to deal with the COVID-19 pandemic, he said India is continuing to pursue its proposal for COVID-related TRIPS waiver.

“We are happy with the large support for text-based negotiations. However, I would refer you to the Ministry of Commerce for the latest updates,” he said.