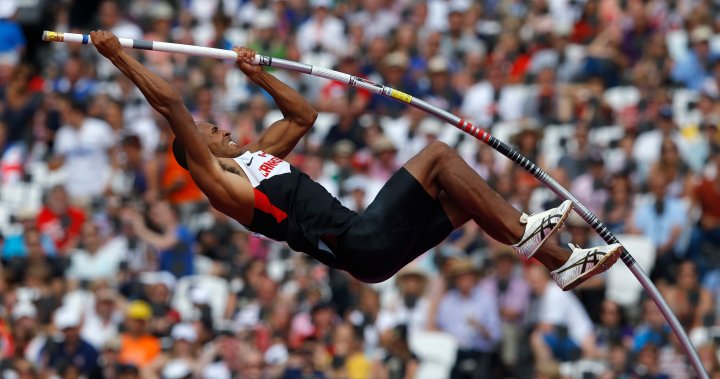 A new campaign is aimed at supporting Londoner Damian Warner as he heads to the 2021 Tokyo Olympics while also helping a local initiative to get kids involved in athletics.

Friends and family of the Canadian decathlete have gotten together to create the Team Warner T-shirt, with all the proceeds going to support KidSport London.

KidSport London provides grants to help cover the costs of registration fees so all kids age 18 and under can play a season of sport in London.

“My family is a big fan of Damian, and we have closely followed his track career,” said Kayte Giorgini, who spearheaded the T-shirt project.

“We often see Damian around the track and he is so great with the kids and he really feels like an accessible person to these young kids, so we thought, ‘How can we support him in Tokyo?’”

Together with her kids, Giorgini created the T-shirt, which shows Warner with his arms raised, forming a “W” shape that reflects both ‘Warner’ and ‘win.’ An e-store was set up with Positive Identity in London.

Giorgini approached Warner and his team and asked where the money should go and says, “without hesitation, Damian pointed us to KidSport London.”

Within the first few hours of the launch, more than 150 T-shirts sold. In the first few days, Giorgini estimates they have already raised $1,800 for KidSport London.

Those wanting to support Warner and KidSport can find more information about how to order a T-shirt at its online store.

“With the COVID-19 situation for over 16 months, children have not been allowed to play any sports. Thanks to Damian Warner and all of the members of Team Warner, KidSport London will have the much-needed funding to help the families that will apply this year,” says Bill Smith, executive director of KidSport London.

Warner won bronze at the Rio 2016 Olympic Games in the decathlon.

He also won a gold medal at the Pan American Games in Toronto in 2015 and a silver medal at the 2015 IAAF world championships, among his other accolades.

The opening ceremony for Tokyo Olympics is Friday, July 23, with Warner competing in the decathlon from Aug. 4 to 5.