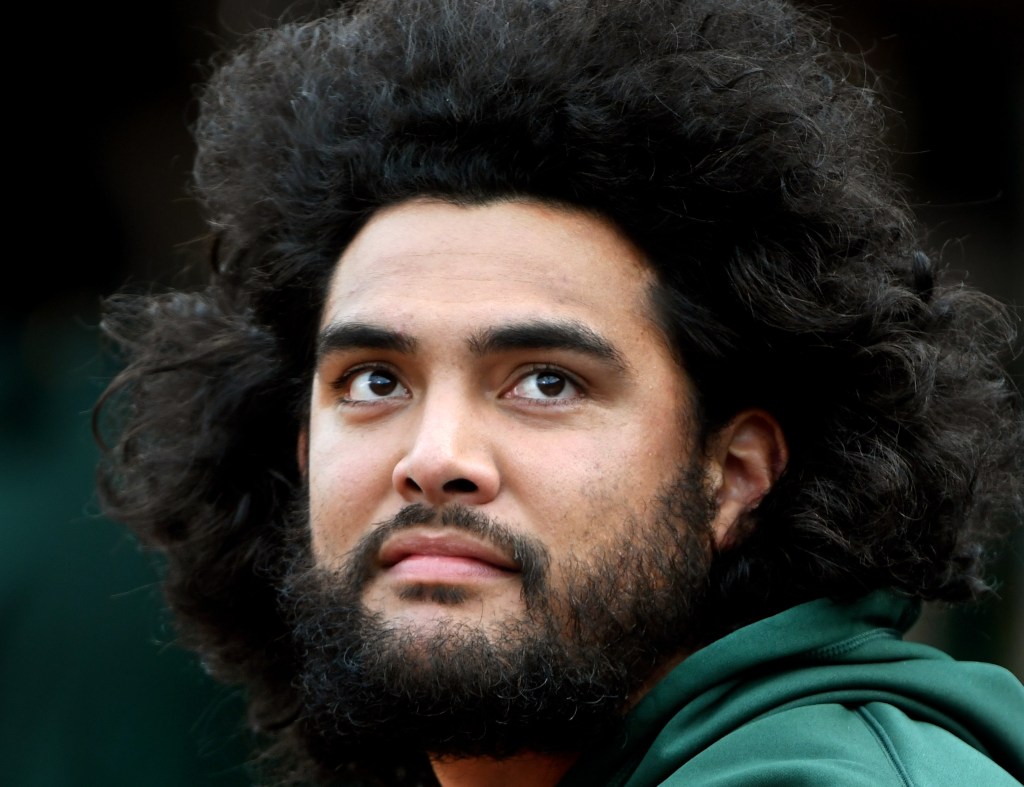 OAKLAND — The Oakland A’s put together a 17-9 record in the month of June and two players received monthly honors for helping the team get there.

“Just goes to show how good this team is when we’re firing on all cylinders, we’re a hard team to beat,” Trivino said.

Manaea posted a 1.13 ERA over five starts in June. He held batters to a .181 average with 34 strikeouts, 10 walks and just one home run allowed.

“I really wouldn’t be here without my two catchers AG (Aramis Garcia) and Murph (Sean Murphy),” Manaea said. “Those guys are literally the backbone. Put everything down, everything they do makes me as a pitcher, my job easier. So being able to have those guys has been unbelievable.”

Manaea’s fastball velocity has ticked up to 92-95mph this year over his 2020 season, where he averaged 91 mph. A change in his routine and preseason preparation, he says, helped his mentality and fortified a belief in himself as “nasty.”

With free-agent signing Trevor Rosenthal gone for a majority of the season after undergoing Thoracic Outlet Syndrome, Trivino has stepped up as the A’s closer and is pitching more like he did during his dominant 2018 season.

“It’s nice being needed, so it’s nice to finally have that feeling that my team needs me again,” Trivino said. “But, like I said, at the end of the day it’s all about getting outs.”

He allowed all of one run in the month of June, and it came on the final day of the month via Texas Rangers’ Joey Gallo’s solo home run. He had 11 strikeouts in 12 2/3 innings with three walks and 10 hits allowed.

Trivino’s bounce-back 2021 season rests on confidence in his secondary offerings — his curveball and changeup — to while he gets his cutter back to its most dominant form. And he’s making significant progress there.

“It’s important for me,” Trivino said of his cutter. “One of the blessings I have is having more pitches, so it’s not just that I’m a four-seam, cutter guy. I do have a curveball, I do have a changeup. I do have a number o pitches to get people off other pitches. I know my cutter hasn’t been where I want it to be, but it’s getting better and better. So I’m hoping that as the season goes on and continues to progress. The fact I had to use the other pitches should help as well.”

Stephen Piscotty’s progress: Piscotty will go on a rehab assignment this weekend with Low-A Stockton Ports and play in Saturday and Sunday’s games. Piscotty went through workouts this week with the team. He’s been out with a left wrist sprain since June 17.

Mark Canha, out with hip tendinitis, is in Arizona and not back with the team yet. He received PRP injections in both of his hips this week and received an epidural for a sore back on Thursday.