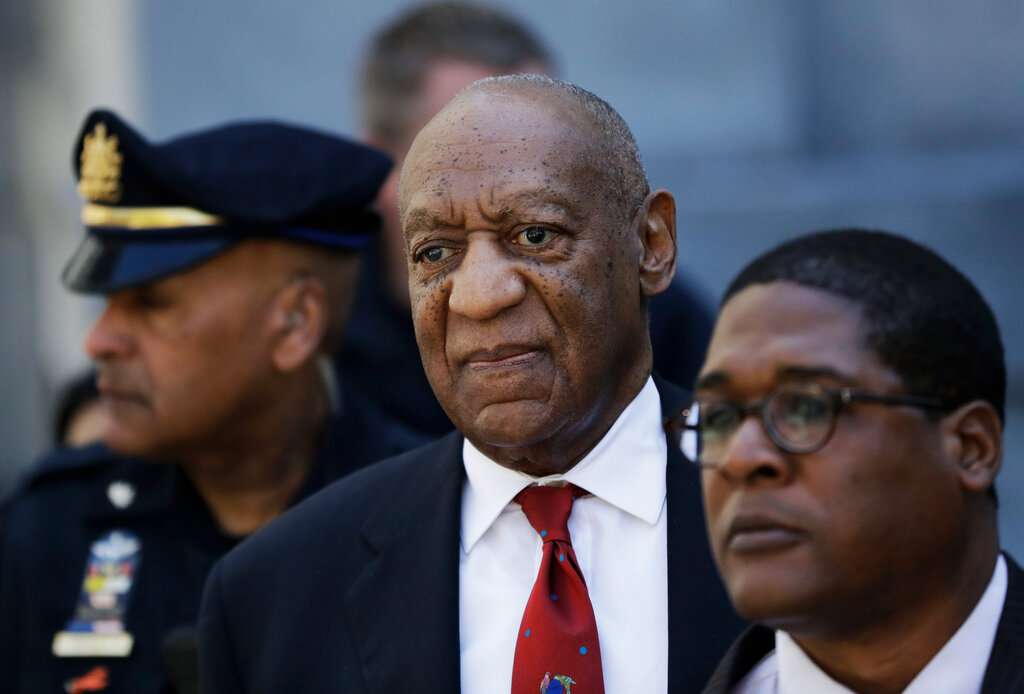 Bill Cosby, who is accused of drugging and assaulting dozens of women over many decades, walked out of a maximum-security prison in Pennsylvania on Wednesday. He was three years into a three- to 10-year sentence after being convicted of sexually assaulting Andrea Constand, who once considered him a friend and mentor.

He was freed after the Pennsylvania Supreme Court overturned his conviction on three counts of aggravated indecent assault, saying the prosecution should never have occurred in the first place.

This is not what anyone who cares about punishing powerful miscreants would have wished for, but it’s hardly the victory Cosby’s lawyer proclaimed. His reputation is in tatters, and regardless of this latest twist, everyone knows the man spent decades preying on defenseless women.

Convicted and imprisoned in 2018 at the dawn of the #MeToo era, Cosby is now about to turn 84.

The court did not toss his conviction after the discovery of new, exculpatory evidence, nor did it weigh in on his guilt. Far from it.

Instead, in a 79-page decision, the court found that prosecutors wrongly brought Cosby to trial.

Why? Because years earlier, in 2005, a previous prosecutor, Montgomery County District Attorney Bruce Castor, declined to bring charges against the star, who was accused of drugging, then fondling an unconscious Constand at his home near Philadelphia in 2004.

At the time, Castor said that unless Cosby confessed, he did not think he could prove the charges beyond a reasonable doubt, and he told Cosby he would not be prosecuted.

Castor’s decision not to proceed with a criminal case was calculated to give at least some measure of justice to Constand, because it removed Cosby’s ability to invoke his Fifth Amendment privilege against self-incrimination and thus meant he had to answer questions under oath in her civil lawsuit against him.

Constand won $3.38 million, most of which, the Supreme Court noted, went to her attorneys.

Castor’s decision not to prosecute, the Pennsylvania Supreme Court decided, amounted to a promise that Cosby’s testimony in his civil deposition would never be used against him in criminal court.

But the prosecutor who succeeded Castor did not see it that way and filed criminal charges against him in 2015, just days before the 12-year statute of limitations expired.

As it happened, Cosby did incriminate himself during the course of four sworn depositions in Constand’s civil lawsuit.

It’s horrifying to read the Supreme Court’s recap of Castor’s 2005 decision not to bring charges against Cosby. It reads like a litany of victim-blaming.

The prosecutor faulted Constand for waiting a year to contact police. For contacting an attorney before going to authorities. For inconsistencies in her story. For continuing to interact with Cosby after he drugged and assaulted her, behavior he wrongly concluded was “atypical” in such situations.

Sixteen years later, I hope prosecutors have put to rest these damaging shibboleths about how women are supposed to behave after men they work for, admire or depend on violate them.

On Wednesday afternoon, attorney Gloria Allred said she is looking forward to deposing Cosby in a civil lawsuit she has filed in Los Angeles County Superior Court on behalf of Judith Huth, who alleges Cosby assaulted her at the Playboy Mansion in 1974 when she was 15.

The case was stayed pending resolution of Cosby’s criminal appeal and can now resume. Thanks to the Pennsylvania Supreme Court, Cosby will not be allowed to take the Fifth.

“Mr. Cosby,” said Allred, who has represented 33 of his alleged victims, “is not home free.”