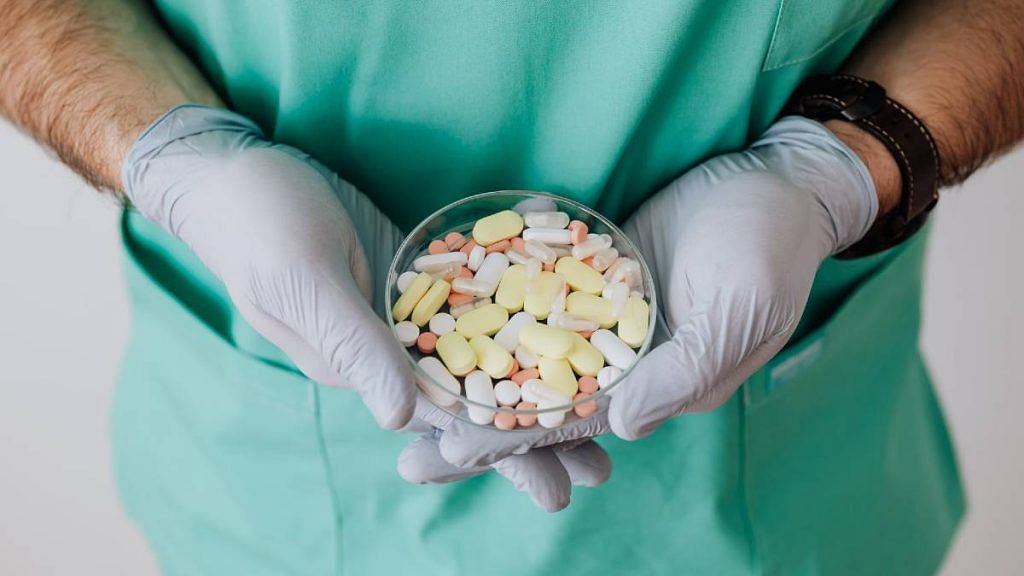 
New Delhi: The Council of Scientific and Industrial Research (CSIR) has started working with the coal and petroleum industries to generate chemicals that form the main therapeutic components in various medicines, in a bid to permanently address India’s dependence on China for active pharmaceutical ingredients (APIs).

The Department of Pharmaceuticals has drawn up a list of 56 APIs to prioritise them for the Make-in-India initiative. These include APIs or bulk drugs that go into the making of essential drugs, such as antibiotics, anti-HIV medicines, and the humble but indispensable paracetamol.

In February, the Government of India also announced a plan for a production-linked incentive (PLI) scheme for the industry to manufacture these products. However, currently, the focus is on APIs that can be generated through fermentation processes rather than chemical processes in a laboratory.

That is why the spotlight is on the petroleum and coal industries. Both deal with carbon compounds that form the basis of organic chemistry and drug-making.

“The idea is to do end-to-end production of these 56 APIs but, for now, the priority is on fermentation products. That is why the CSIR is working closely with the department of pharmaceuticals and the coal and petroleum industries,” Dr Srivari Chandrasekhar, director of the Hyderabad-based Indian Institute of Chemical Technology, a constituent lab of the CSIR, told ThePrint.

“Both deal with carbon compounds and molasses comprising five-six of seven carbon compounds that can be purified and used as APIs. We are hopeful that we would have 10-12 APIs in the coming two-three years,” he added.

In the first phase, the focus is on about 30 ingredients. The plan to make APIs in India has been in the works for some time but the CSIR was engaged only recently, he said.

India imports as much as 66 per cent of its APIs from China.

The country’s dependence on China for the raw materials of its otherwise formidable pharmaceutical industry has been a matter of concern for many years, with questions being asked about the immense bargaining power it gives Beijing.

These concerns gained urgency in the wake of the 2017 Doklam stand-off, when bilateral relations hit a new low. The Covid lockdown in China in the first months of 2020, which stoked fears of a shortage in India, only made the clamour for API self-sufficiency louder, with the subsequent stand-off at Ladakh further complicating relations between the two neighbours.

Also Read: What are APIs and how they threaten India’s status of a ‘pharmacy to the world’

India imports APIs from many countries

While China is the biggest supplier of APIs to India, the latter also imports the ingredients from several other nations.

In 2016-17, for example, India imported raw materials for its pharmaceutical industry from Germany, the US, Italy and Singapore. While India bought APIs worth Rs 12,000 crore from Germany that year, the purchase from China was pegged at Rs 18,000 crore.

Over the years, there has been a gradual reduction in the value of imports from China.

“The making of a drug or any pharmaceutical ingredient is a multi-step process. That is key to this Atmanirbhar programme. Traditionally, raw materials that come in from China are very cheap and Indian manufacturers obviously favour them for that reason,” said Dr Chandrasekhar.

“That is where the production-linked incentive scheme of the department of pharmaceuticals will come in to ensure that Indian APIs are available at competitive prices,” he added.

The PLI scheme is expected to promote the production of high-value products in the country and increase the value addition in exports.

“The other thing obviously is at which stage the API is available – it is a little like the difference between instant noodles and traditional noodles. We are working with the industry on that,” Chandrasekhar said.