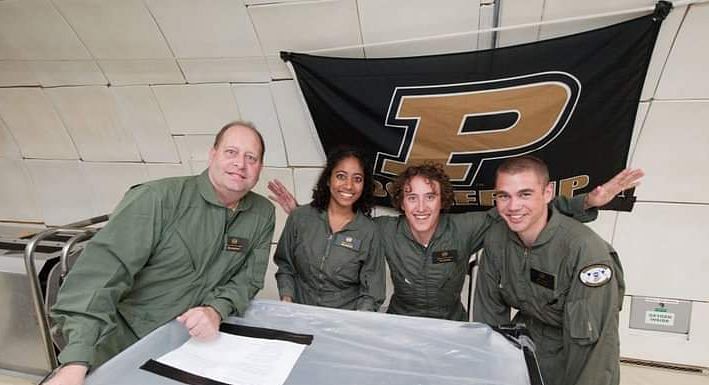 
Hyderabad: Meet Sirisha Bandla, the second Indian-born woman to fly into space after Kalpana Chawla, on July 11. She is also the fourth ever Indian to do so. Bandla will be one of the five people alongside Virgin Galactic’s billionaire founder Richard Branson to travel to space in the company’s spaceflight.

It’s a source of pride for the people of Andhra Pradesh, the state her family calls home. Bandla is, at present, the Vice President of Government Affairs and Research Operations at the Virgin Galactic. A graduate of Indiana’s Purdue University from the school of aeronautics and astronautics, she had ambitions of being an astronaut as a child.

In one of her interactions, last year, hosted by the ‘Matthew Isakowitz Fellowship Program (MIFP)’, Bandla stressed the importance of representation and the need for youngsters to participate in the “commercial space industry”.

The MIFP fellowship is an internship programme for students in the commercial space industry. Bandla highlighted how such programmes could be of help especially for women and “people of color” who wanted to be part of the industry.

“You guys are all ambassadors for students that want to be part of the industry and don’t know what this is. I don’t often see students who look like me in this industry just yet,” Bandla told host Shayna Hume in the September 2020 session.

Bandla also has a Masters degree in Business Administration from Georgetown University. Her passion for space has seen her move up from a Co-op or an intern to positions such as Associate Director of the Washington DC-based Commercial Spaceflight Federation (CSF) and her current stint at Virgin Galatic in less than a decade.

The child of immigrants

In Guntur, Andhra Pradesh, her grandparents are unable to contain their excitement. They affirm “she was always very focused and courageous”. The child of immigrant parents, Bandla moved to the USA when she was just four years. She grew up in Texas.

“She had high aspirations from the beginning. Family members always encouraged her and never forced her to do something in a certain way. She was always free to take her own decisions,” her paternal grandfather Ragiah Bandla said.  He is a retired Principal Scientist from a government-run agriculture university.

Her entry into Commercial Space was not a planned one. She just took her chances. One of her professors from the Purdue University told her about an opportunity at CSF. Bandla discovered her love for the policy world and the commercial space industry by being part of it, she said in her session.

Bandla said that her weak eyesight was a hindrance for her plans to be an astronaut. By the time she reached high school, she realised she could never be a NASA astronaut due to her eye condition.

Delighted to take off

“I am so incredibly honored to be a part of the amazing crew of #Unity22, and to be a part of a company whose mission is to make space available to all,” she tweeted on Friday following the announcement.

Virgin Galactic’s Richard Branson, on Thursday, said that the company’s next rocket-powered test flight will take off with six people on board including himself. The company, in late June, received the Federal Government’s approval to launch customers into space from New Mexico after a successful test flight in May.

The latest test flight, the first carrying a full crew of its own employees, will also launch from New Mexico on July 11th.  It will only be the fourth trip for the company to space.

The news came just hours after fellow billionaire and Amazon founder Jeff Bezos’ Blue Origin said Bezos would be accompanied into space on July 20 by a female aerospace pioneer who’s waited 60 years to rocket away.

Private companies such as Virgin Galactic, Blue Origin and Elon Musk’s SpaceX, in competition, are working towards taking paying customers to space.

“The commercial space industry needs business majors, finance, lawyers. It is not a well-known sector. I think a lot of people just think about SpaceX when they think about commercial space,” Sirisha said in an earlier interaction with MIFP adding that such programmes would help youngsters know about other companies in the industry.

For the first time, Virgin Galactic will share a global livestream of the spaceflight, the company said on Thursday.