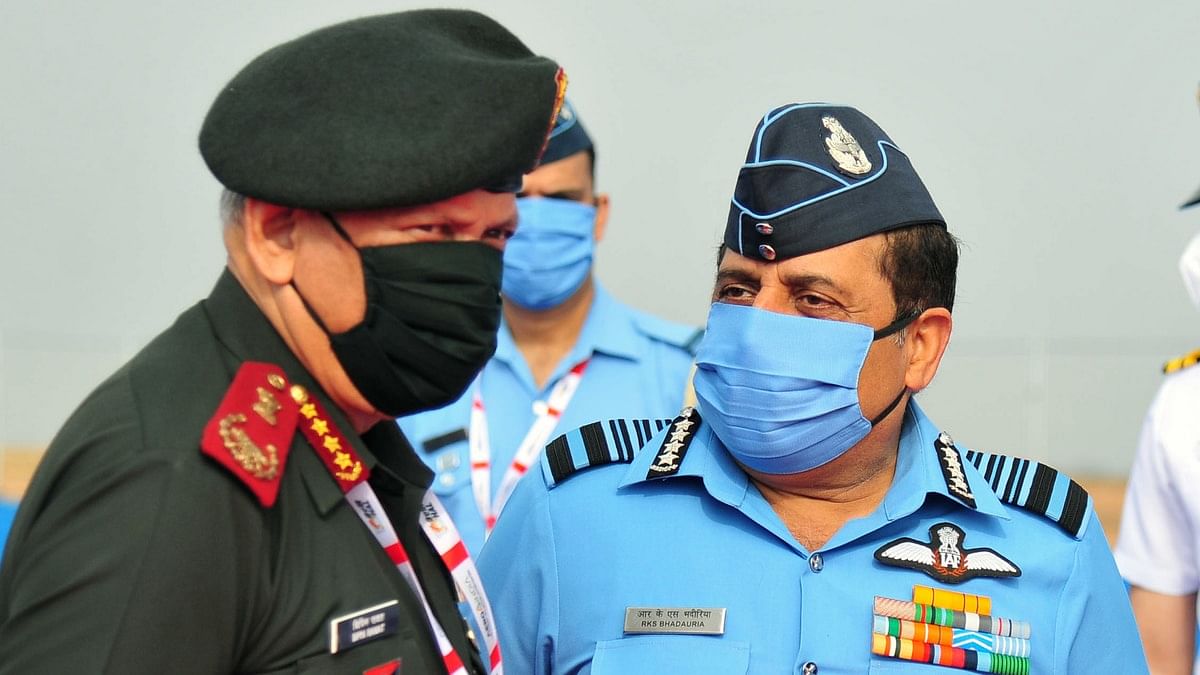 
In the debate around India’s theaterisation, there have been some unfortunate statements at the very highest levels. The naivety of some on Air matters and the predispositions of the Army towards treating the Air Force as a ‘supporting arm, like the artillery and engineers’, stands exposed. In its hurry to meet perceived timelines, India should not create a sub-optimal structure for its theatre commands.

The initial plan is to create three Land Theatre Commands. As the name suggests, these will be Army dominated. There is talk of a China-centric theatre command, covering the entire China border minus Jammu and Kashmir and Ladakh. The North Theatre will have the same land boundaries as the current Army Northern Command. This theatre will initially report directly to the Chiefs of Staff Committee (COSC). Then there is a proposal for Western Theatre, meant to take on Pakistan threat. Clearly, the concept of theatres appears defensive in nature. In addition, there will be a Maritime Command and an Air Defence Command (ADC).

As part of India’s theaterisation, the ADC was the first to have been mooted. The idea is to put all the air defence assets of the country under one umbrella. On face of it, this makes sense. However, the realities need to be understood.

The US has created theatres for expeditionary global reach. Their theatres are of continental size. China also now has global ambitions. India cannot have small theatres to take on a giant like China.

Both the US and China do not have an Air Defence Command. Why must India?

The challenges before an Air Defence Command

First, having the ADC sitting on top of all the Indian landmass will require coordination with each and every ground-based theatre command, for transit and operations. It should be understood that the ground-based theatres will be launching their own variety of offensive and defensive air missions, including close air support, interdiction, reconnaissance etc. The Army Air Defence (AAD) had a peculiar role for support and defence of Army formations and assets. Adding these to the ADC has its own dynamics and cross-connections, which may make it sub-optimal.

The shore-based AD assets of the Indian Navy, which are meant to defend their own installations, will face a similar challenge. Will it be optimal for them to go to ADC? The ADC on that count may not be a sensible idea and needs a rethink.

Most Indian Air Force (IAF) aircraft are multi-role and can change roles mission-to-mission. They could be used in strike, or Air Defence role in different missions on the same day.

Further, all the maritime assets are proposed to be pooled in to create a single Maritime Theatre Command (MTC). Many in the Navy feel that there should be two Maritime Commands, one each for the East (China) and one on the West (Pakistan). The MTC is supposed to begin where the land boundary joins the sea. That means Rann of Kutch in the West, and near Kolkata in the East. It would include the entire coastline and a significant amount of the peninsula below a certain latitude. The MTC will also get ownership of the amphibious brigades of the Indian Army and maritime aircraft of the IAF. Will these assets be sufficient to defend the peninsula? Would the ADC have to earmark assets? Will Jamnagar, which is an important airbase for offensive operations against Pakistan, be part of the MTC?

The IAF is also down to just 30 fighter squadrons. Most IAF aircraft are multi-role. There are just two squadrons of Rafale, three each of Mirage 2000 and MiG 29. There are just three Airborne Warning and Control Systems (AWACS), two Airborne Early Warning and Control (AEW&C) systems, and six aerial refuellers. All these are required at both theatre and ADC levels. How much must be allotted to the ADC and to the various theatres is a difficult question to ask. This reallocation of assets will now have to be done at the COSC level. Earlier, the role switch of multi-role fighters was done at individual IAF commands or station-levels on day-to-day basis.

The most important command in terms of military action, currently, is the Northern Command. It has six airfields. Two in the Kashmir valley can operate fighters. Two airfields are only for Transport and helicopter operations. One airfield in Ladakh and one near Udhampur can take on limited fighter operations. During Kargil and also during the latest showdown in Eastern Ladakh, aircraft from air bases in Punjab had to support all operations. Currently, all these are under the Western Air Command of the IAF. As per the new plan, these will go to the Pakistan-focussed theatre command. Interestingly, the Ambala-based Rafale will also participate in missions towards the Central sector. The IAF’s response and reach are much faster than the Army and the Navy — this versatility can best be achieved with unity of command and assets. These intricacies of airpower have to be factored. J&K and Ladakh must remain part of some integrated larger theatre. That is the most important sector and has seen action in all wars.

Also read: PMO can help theatre command take off by finding a politician with defence background

Get over the 1930s mindset, bring jointness

The entire Chinese border must be handled and faced by a single theatre that must have the entire might of India behind it. Many who are driving the theaterisation process still have the 1930s mindset of considering and using the IAF as they would use artillery. This clearly exposes the real reason why the whole process of theaterisation is being driven – to build individual service domains. Why a theatre command’s name be prefixed with words like ‘Land’ or ‘Maritime’? No country in the world uses such prefixes. Such nomenclature gives an impression of Service-specific importance of theatres and not real jointness. This kind of resistance and confusion did not exist when earlier joint structures had evolved. The theatres should have been named North, and West.

Jointness model had been well established in Integrated Defence Staff structure. The current proposal divides all the three Service assets into smaller entities and creates extra layers. There will be four entities fighting the Chinese. Two so-called Land Commands, the ADC, and Maritime Command. Similar will be the case with Pakistan. No theatre will have adequate forces of any Service. Meagre IAF assets would have to be continuously cross-allotted between different theatres. Flight Refuelling Aircraft (FRA) and AWACS will have to be allotted on a daily basis. Clearly, the COSC will be doing a tactical activity.

The loss on unity of command and frittering assets would also be an issue. The IAF’s assets will divide into five entities. The air power, which is offensive in nature, would be forced into a defensive role of just air defence with little offensive role, by giving bulk of its assets to the ADC. The Navy will seem to be an independent domain with no joint planning with the other entities. These Service dominated structures will also affect joint planning at central level. The service-centric biases will continue.

Also read: IAF assets are few, but it has speed, flexibility on its side. Theatre commands can limit it

Redoing the role of Service HQs requires higher defence reorganisation. This needs much more study. Any major reform must have been discussed at all the three war colleges, and thereafter, the models ran through the war games. Similarly, all the Delhi-based think-tanks of the three Services and the Institute for Defence Studies and Analyses should have done some joint seminars on the subject.

The author is not against theaterisation. But jointmanship cannot be symbolic. Real jointness, as has been evolving in the existing tri-Service commands and IDS, needs to be followed.

Every statement made in the public domain has to be clearly calibrated. The world can’t be seeing the Indian Armed Forces fighting domain projection and protection battles, and washing linen in public. With the current state of assets and the significant capability gap with China, all the assets need to be kept and harnessed together.

Some have written on the possibility of starting the integration work with a single theatre called “Theatre India”. This will mean least shake-up, yet jointness will take a large step forward. At a later stage, when assets become larger, and India starts having out-of-region ambitions, then based on fresh assessment, the same can be reviewed. I strongly believe that we need to “hasten slowly”.