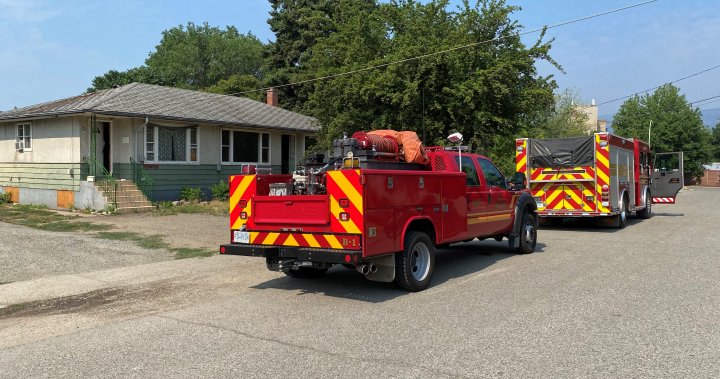 According to the Kelowna Fire Department (KFD), it began receiving reports of smoke coming from a residence along the 1200 block of Belaire Avenue around 9:30 p.m.

When the first crew arrived, they found smoke coming from the rear and soffit areas of a large duplex.

The fire department said one side of the residence was unoccupied, and that all basement windows on the duplex were boarded up.

“Crews discovered a fire in the basement that had extended up an interior wall to the main floor,” said the KFD, which noted that the lone male living in the duplex was outside when they arrived.

The fire was extinguished, with all fire and smoke damage being contained to the interior.

1:59
Most of province remains under high to extreme danger

Most of province remains under high to extreme danger

In all, 19 personnel were on scene, including four fire engines.

The fire department said the fire’s cause is unknown but that it’s being investigated by the RCMP.