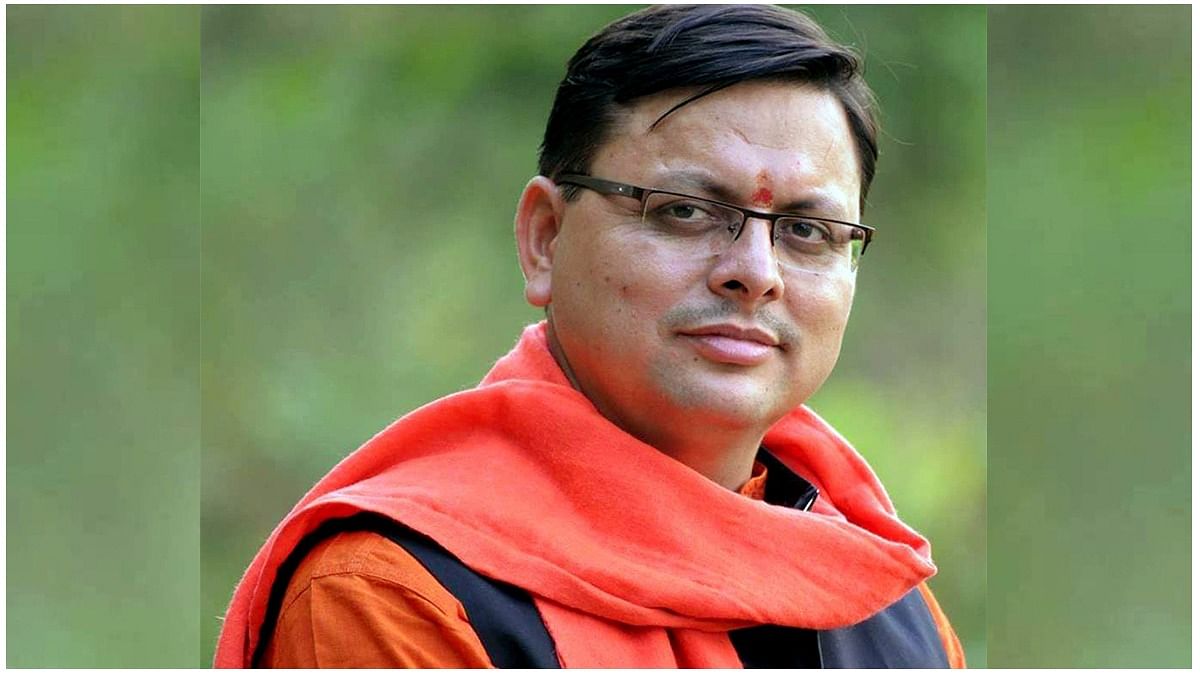 
Raipur: Uttarakhand’s new Chief Minister Pushkar Singh Dhami — the state’s third CM in four months — has his roots in the Sangh Parivar and has worked his way to the top over nearly three decades.

A Rashtriya Swayamsevak Sangh (RSS) volunteer, Dhami started his political career as a worker of the Sangh’s student wing, Akhil Bharatiya Vidyarthi Parishad (ABVP). He rose to become the current and two-time MLA from the Khatima assembly segment in the Kumaon region of the state.

On Thursday, he was named as the Uttarakhand CM in a surprise move as the Bharatiya Janata Party (BJP) was forced to choose a new chief minister in just four months after a “constitutional crisis” pushed Tirath Singh Rawat to quit.

The state BJP leaders told ThePrint that the name of Dhami, a “gentleman” who is respected by his peers, was announced at the party’s legislative party meeting and met with approval.

However, they added that he may struggle to get going due to lack of administrative experience, and a short tenure, with the next assembly elections less than a year away.

“None of the nearly 57 MLAs present in the legislative meeting opposed his candidature when it was revealed by Union minister and central observer Narendra Singh Tomar,” said a senior party leader, who didn’t wish to be named.

“Although Dhami is easily accessible and maintains cordial relations with all senior officials in state bureaucracy, he may find it difficult (to manage)… for want of administrative experience, and the short span of working time he has with assembly elections due early 2022,” said the leader.

“His biggest challenge will be to manage bureaucrats in the state now who had free sail in the last four years,” he added.

According to a family friend of Dhami, he was aware of what was coming his way even before his predecessor resigned Friday.

“Dhami was summoned to Delhi by the BJP leadership 4-5 days back. He was conveyed about the party’s decision by president J.P. Nadda. He also met Union Home Minister Amit Shah and other party leaders on the same day,” the person said on condition of anonymity.

Also read: What is the constitutional crisis that forced Uttarakhand CM Tirath Singh Rawat to resign

Pushkar Singh Dhami is a native of the hilly Kanalichina village in Pithoragarh district, but his work has been focussed on the plains of Kumaon, especially in Khatima.

The 45-year-old is a law graduate, and a postgraduate in human relations management and industrial relations, according to his resume seen by ThePrint.

He worked as an ABVP leader between 1990 and 1999 while studying at the Lucknow University — before the state of Uttarakhand was formed.

Dhami’s first official assignment came in 2002 when he was promoted by the state’s second chief minister Bhagat Singh Koshyari, as his officer on special duty (OSD).

After BJP lost the first state elections in 2002, he became the first president of Uttarakhand BJP’s Bharatiya Janata Yuva Morcha (BJYM) — for two consecutive terms from 2002-2008. Even during his ABVP and BJYM tenures, Dhami worked as a regular RSS swayamsevak in Uttar Pradesh and Uttarakhand.

Considered as a hardcore loyalist of Koshyari in the BJP’s factional politics in the state, Dhami is also seen as close to Union defence minister Rajnath Singh.

He was first elected to the state assembly in 2012. In 2017, he defeated Bhuwan Kapri of the Congress, who is considered close to Gandhi family, and a heavyweight politician locally.