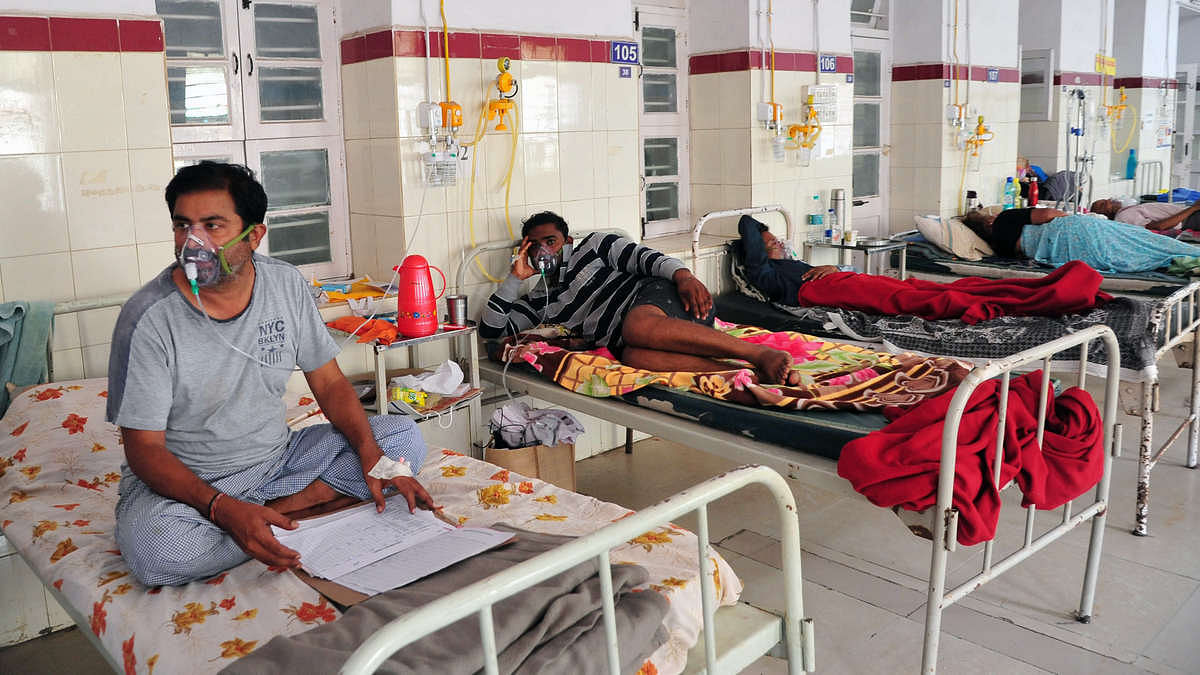 
New Delhi: A higher proportion of younger patients were affected by the second Covid-19 wave in India as compared to the first wave last year, according to a new government study based on the clinical profile of hospitalised Covid patients over the last year and a half.

“Mean age of the patients was significantly lower in the second wave… with a higher proportion of patients in the younger age group intervals of <20, and 20-39 yr,” the study said.

In the first wave, only 3.8 per cent hospitalised Covid patients in the country fell in the below-20 age group. This figure rose to 4.4 per cent in the second wave, the study said.

“The second wave of COVID-19 in India was slightly different in presentation than the first wave, with a younger demography, lesser comorbidities, and presentation with breathlessness in greater frequency,” the study said.

The NCRC is an ongoing prospective multicentre clinical database, initiated and maintained by the ICMR in collaboration with the health ministry, AIIMS and ICMR-NIMS, New Delhi. It was launched in September 2020. The registry aims to guide the evolution of national Covid management guidelines.

AIIMS Director Randeep Guleria and ICMR Director-General Balram Bhargava are among the lead authors of the study.

Also read: One meeting in one month, Delhi govt O2 panel was stalled before it got off the ground

How the study was conducted

The study used data from patients enrolled in 40 hospitals from across the country, except Maharashtra and Kerala, in two periods from the respective waves — between 1 September 2020 and 31 January 2021, and then 1 February and 11 May.

The study was conducted on 18,961 individuals enrolled in NCRC, which included 12,059 and 6,903 hospitalised patients from the first and second waves, respectively.

What the study found

Moreover, a lesser proportion of hospitalised patients across all age groups had comorbidities in the second wave (21.1 per cent) compared to the first wave (21.7 per cent).

The study also found that mortality increased for all age groups except in the less-than-20 age group. “The mortality among hospitalized patients increased by 3.1 per cent in the second wave,” the study said.

A higher proportion of patients complained of shortness of breath, developed Acute Respiratory Distress Syndrome (ARDS), and required oxygen support and ventilators in the second wave.

The study found that the proportion of asymptomatic patients at the time of admission increased considerably during the second wave.

“Amongst the symptoms noted, shortness of breath in the second wave increased by six per cent,” the study said.

However fever remained the most common symptom in both the waves. Symptoms like dry cough, sore throat, fatigue, muscle ache, weakness of limbs, loss of taste, and loss of smell were less commonly reported in the second wave.

“Besides the steep rise of the cases, there has been more involvement of the younger demography. However, the elderly above 60 yr of age remained the most vulnerable,” the study said.

“The symptomatology has remained focussed primarily on respiratory system with breathlessness reported in higher proportions during the second wave of COVID-19 in India. Higher utilization of health care systems has underlined the need for meticulous pandemic preparedness for future surges,” it added.