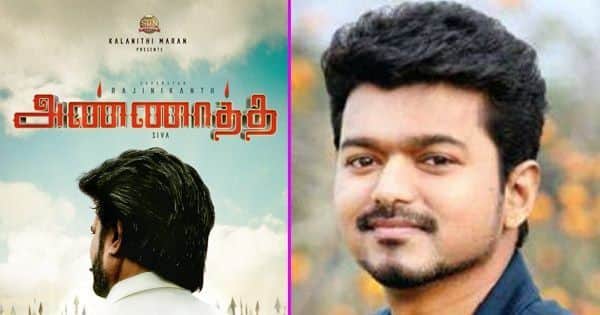 The past seven days have been one of the most eventful weeks for the south industry as we saw big updates and developments of highly anticipated films dominating social media. While reports of Shah Rukh Khan‘s cameo in Thalapathy Vijay’s Beast cheered up fans, the makers of Rajinikanth‘s Annaatthe recently unveiled the release date of the film. So, let’s meet the south newsmakers of the week… Also Read – RRR, Pushpa, KGF 2, Liger and more: South films which will release in multiple languages

While the much-awaited film of Thalapathy Vijay, Beast is currently in production stage, a few days back we got a report that the megastar of Bollywood, Shah Rukh Khan will have a special cameo in the film. While there is official announcement about this news, we pray that this news turns out to be true as watching SRK and Thalapathy Vijay together on the silver screen will be a huge treat for the fans. Also Read – RRR: Jr NTR and Ram Charan shoot for an intense rain fight sequence – deets inside

Rajinikanth’s Annaatthe to release on THIS date

The fans of Thalaivar Rajinikanth finally got a treat from the megastar as the release date of his upcoming film Annaatthe was unveiled. The massy-actioner, which is directed by Siva, will release on November 4, 2021 during the Diwali weekend. Produced under the banner of Sun Pictures, the film also features Keerthy Suresh, Nayanthara, Khushboo and Meena.

Vignesh Sivan opens up on his marriage with Nayanthara

Filmmaker Vignesh Sivan, who often gets fan questions about his marriage date with Nayanthara, finally gave a response to fans. During a recent interaction on Instagram, when a user asked Vignesh about his marriage, he replied, “I am saving money for the marriage and I will wait for the corona crisis to end.” Well, this answer of Vignesh has made all fans super-excited as we might see the couple tying the knot post the pandemic crisis.

While the makers of RRR recently revealed that the shooting of the film is complete except for two songs, we got an exclusive update on one of these songs. Touted to be a romantic track, it will be shot by the end of July and the preparation of it is underway. A reliable source informs us that this track will bring out the mesmerising chemistry between Alluri Sitarama Raju and Sita played by Cherry and Alia. It will be shot at a lavish scale thus making it one of the highlights of this period action drama.

After Vijay Sethupathi, Fahaadh Faasil and Arjun Das THIS actor to battle it out with Kamal Haasan in Vikram

After Master, director Lokesh Kanagaraj has collaborated with Kamal Haasan for Vikram. While Vijay Sethupathi, Fahaadh Faasil and Arjun Das will play negative characters in this highly-anticipated venture, the makers have roped in popular Mollywood actor, Narain to play a crucial role in the film. Narain confirmed the news and said in a Mollywood interview, “Vikram will be a landmark film in my career. I phoned Lokesh to wish him when the teaser for the film was out and that’s when he mentioned that I’ll be playing a pivotal character in the film as well. I am one of many who became interested in acting after being inspired by Kamal sir and working with him on a film is a dream come true.”