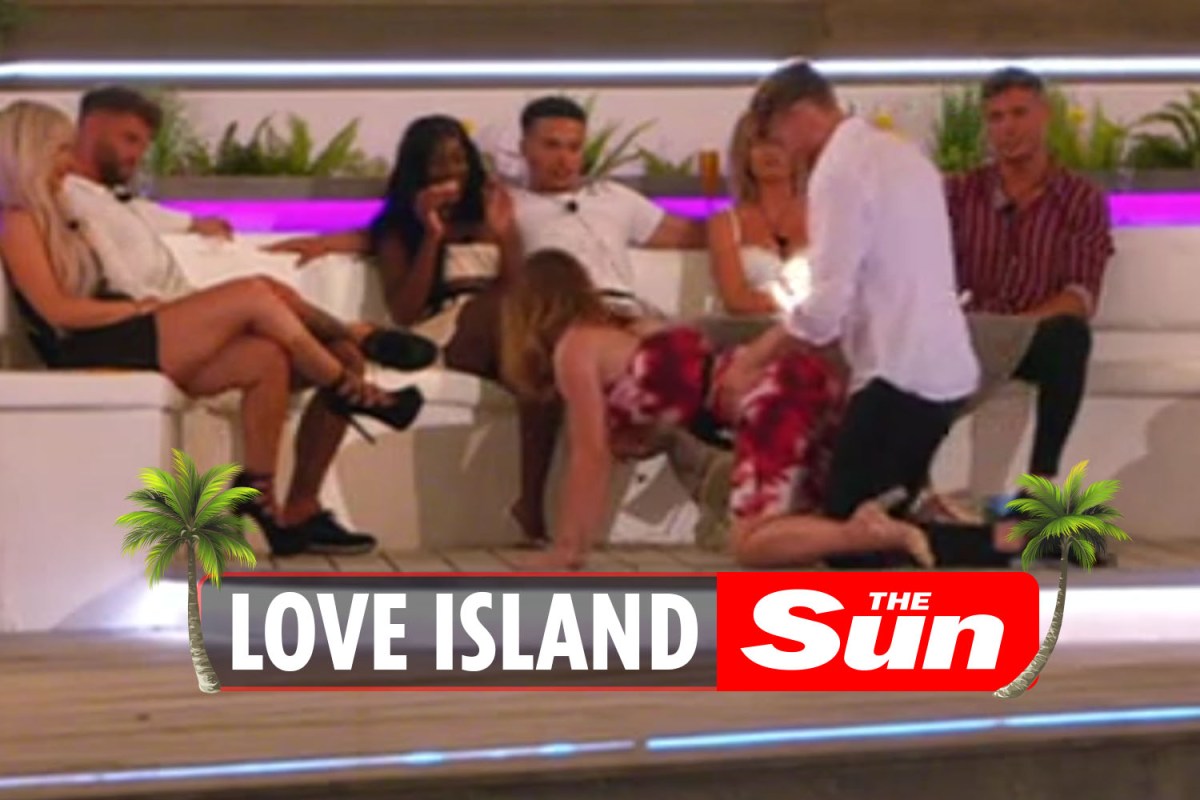 They were tasked with recreating their favourite sex positions in front of their fellow islanders.

🌴 Read our Love Island 2021 live blog for the latest updates

Wasting no time Sharon bounced on top of Hugo in the reverse cowgirl position while the teacher then returned the favour with a bit of doggy style.

Afterwards he apologised to his mum for his naughty antics and admitted he hadn’t expected his first night to be so full on.

Viewers loved it, with one writing on Twitter: “These unseen dares are wicked!!!”

Meanwhile Faye Winter had fans in hysterics as she had a major pronunciation fail.

The estate agent was chatting to the girls around the fire pit when she struggled saying the word imminent.

Kaz and Shannon looked at her with confused faces and asked if she meant “in a minute”.

But Faye returned their looks and said “no”, before repeating her mistake.

She insisted it was the right word and clarified that she meant “any minute”.

Shannon then said “imminent”, with Faye insisting that’s what she’d said all along.

Eventually realising her error, she said she was worried she appeared thick, prompting the girls to reassure her she wasn’t.

Viewers couldn’t believe it, with one writing on Twitter: “Does she mean imminent? Looking down her nose at the other girls when she isn’t saying it properly herself.”