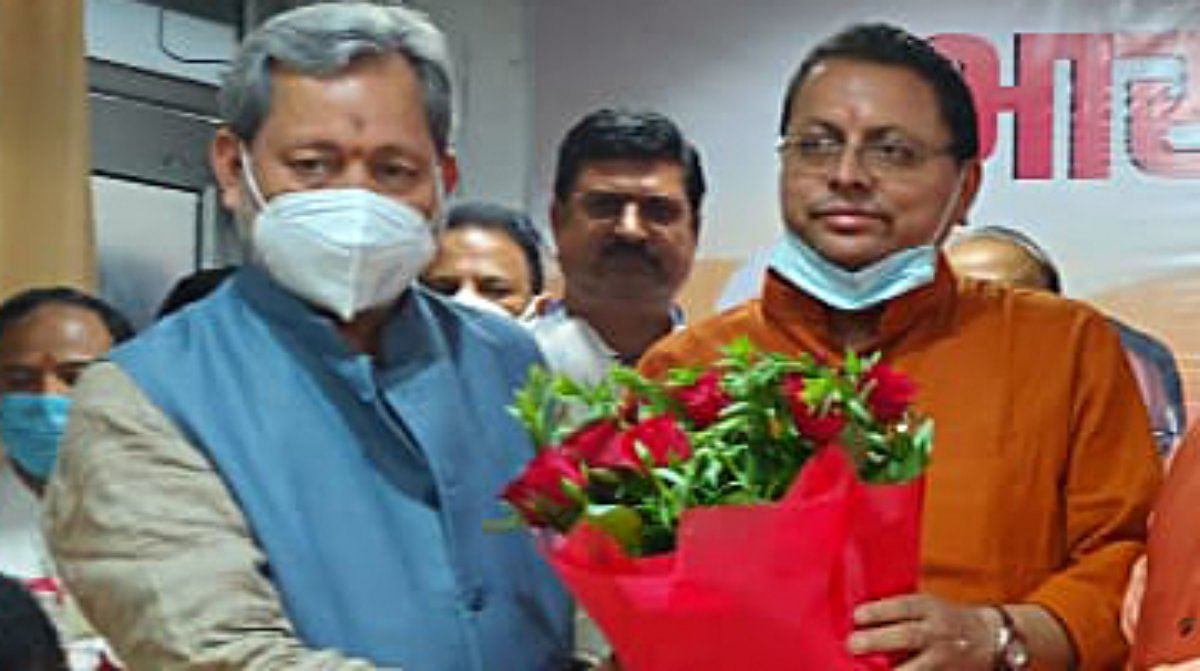 
Dehradun: Pushkar Singh Dhami has been elected as Uttarakhand BJP legislature party leader and will be the 11th Chief Minister of the state.

He will take oath as the Chief Minister late in the evening today. Dhami will be replacing Tirath Singh Rawat as the Uttarakhand Chief Minister. The change of guard came a day after Tirat Singh Rawat resigned from the post on Friday late evening.

The consensus on the Uttarakhand Chief Minister was reached after the BJP legislature party meet on Saturday afternoon in Dehradun.

Dhami is the MLA from the Khatima constituency in Udham Singh Nagar district.
He will be the third chief minister of the state in nearly four months.

“A common party worker has been given a chance to serve the state. I am thankful to the party’s high command,” Dhami told media persons here.

Union Minister Narendra Singh Tomar, who was the central observer for the meeting of MLAs, was also present there.

Tirath Singh Rawat, who is the Lok Sabha MP from Pauri Garhwal, took over as the Chief Minister on March 10 this year. To continue as the chief minister, he had to be elected to the state assembly within six months since he was not an MLA.

Former Uttarakhand minister and Congress leader Navprabhat had earlier this week written to the Election Commission urging it to “clear the confusion” in the state regarding by-polls.

The Congress leader quoted Section 151A of the Representation of the People Act, 1951, which mandates that the Election Commission fill the casual vacancies in state legislatures through bye-elections within six months from the date of occurrence of the vacancy, provided that the remainder of the term of a member in relation to a vacancy is one year or more.

Tirath Singh, also an MP has become the first Chief Minister of the state who could not present himself before the assembly.