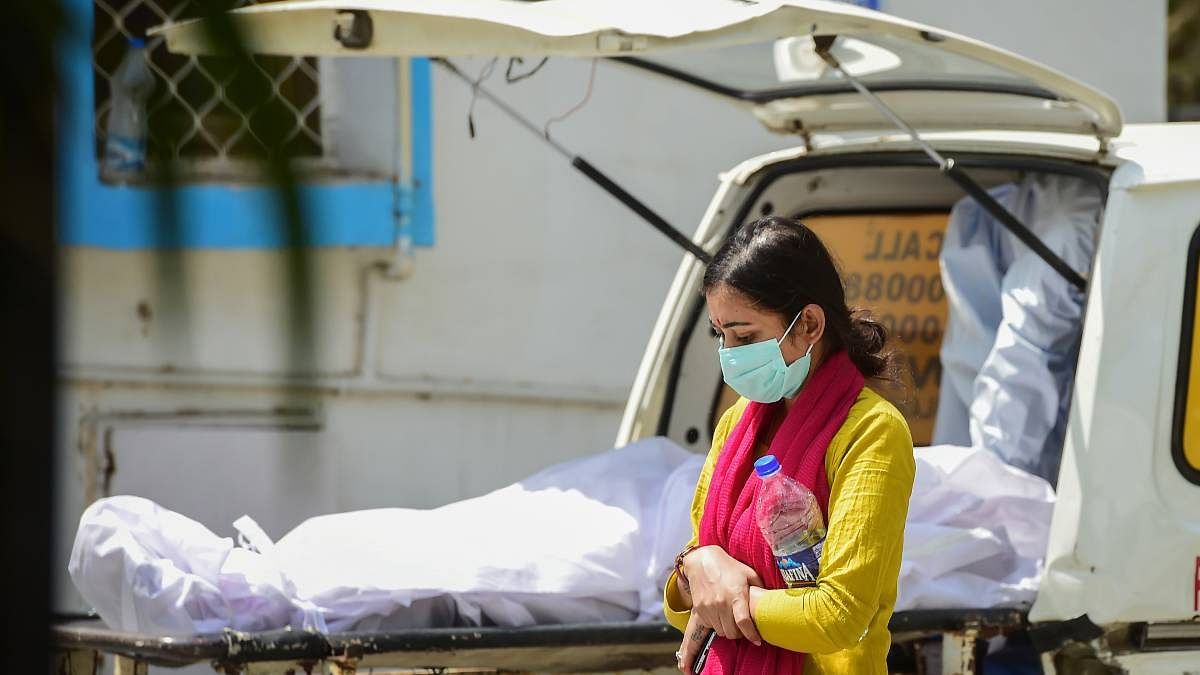 
Bengaluru: From being unable to bury a loved one or bidding a final goodbye to them to the challenges faced in accessing education and healthcare services, it is certain that the Covid-19 pandemic will have a lasting impact on mental health of people.

Highlighting the ubiquitous nature of the issue, Dr K. Sekar of the National Institute of Mental Health and Neurological Sciences (NIMHANS) in Bengaluru said two out of every three people have been facing mental health issues during the ongoing pandemic, and the grief and trauma from the second wave has been higher than the first one.

In an interview with ThePrint, Sekar, who heads the Centre for Psychosocial Support in Disaster Management at NIMHANS, said, “In a normal population, one person out of 10 people have a mental health issue. But at this point of time … the reactions are higher and two out of every three people are having issues of mental health.”

He added, “In the first wave, the reaction was only [about] the isolation and individuals were keeping away … Now, it is an issue where the family has to be totally away … The number of deaths has [also] increased in the second wave and in any sort of a life event, when the death of a beloved person has occurred, that causes the highest stress for any human being.”

In May, ThePrint had reported that the helpline run by NIMHANS had seen an acute spike in distress calls.

According to Sekar, the calls had plateaued in November 2020 till late March this year, during which time the institute received about 2,000 to 3,000 calls per month.

He explained that in the second wave, “the fear of death” had become more pronounced.

“The moment the fear of death came in, there is a large amount of the people who felt helplessness, hopelessness, worthlessness and some even contemplated suicide. We could also see the social fabric break to a larger extent because this was not one month or two months, it has been 15 months,” he said.

In addition, as more people lost their loved ones, there was a surge of “prolonged grief reaction”.

“Many people do have grief, from having lost their loved ones, but then there is another problem. [Earlier] one could see a dead body and perform rituals, by cremating or burying them. This is not happening here … So people think I have not done what I need to do. And they immediately feel guilty. So that is a prolonged sort of grief reaction, which is currently going on.”

Any disaster — when it occurs — ends up affecting the mental health of a large section of the population. As time goes by, lesser and lesser people remain affected and there is a return to the sense of normalcy.

“Back in March 2020 also, almost 95 per cent of the population had reactions to the pandemic in varied ways … subsequently what happens when the disaster comes down, usually 65 per cent of the people will be affected over a period of six months … it will come to 30 per cent in about two years … and normalcy will set in about three to four years,” Sekar explained.

However, with Covid-19, this has become a much more complex, protracted disaster.

“In most of the disasters, it is based on the epicenter and the spread of the epicenter … to what level it goes. There we were divided as Zone A, B, and C … but they were all limited geographical areas. Here is a nation, and … globe is being affected,” he said.

Explaining the effect of the ongoing pandemic on people, he said that there were traumatic and general stressors. The “general stressors” include anxieties such as forgetting to wear masks, challenges of work from home, and the inability to meet friends and loved ones.

An example of a “traumatic stressor”, Sekar said, is a situation wherein a person has been infected and is being kept in isolation. “Around the fifth day onwards, this person starts to undergo mental agony. There are traumatic stressors in terms of thoughts like ‘will live or die and I should have done something etc’…and when they see death occurring in the third bed from them, that creates a sort of panic in them,” he said, adding that “this extreme exposure leads to traumatic stress related to Covid.”

This can further be compounded by information about the pandemic, like news of the mass burials in the river Ganga, queues outside hospitals and crematoria, etc, he said.

“All these things bring in hypervigilance, wherein the heart starts pounding and they start perspiring … all the psychological problems are going to play a major role on the somato, i.e., the physical body,” he said.

“So, from a simple sort of reaction to that of a symptom, we are talking about a syndromal presentation which is emerging today. And this is going to affect just not the 10 per cent of a usual population who have mental health issues, but it might be 30 per cent in the long run,” he said.

Also read: An alien kind of grief — how surge of Covid deaths has changed the way we mourn