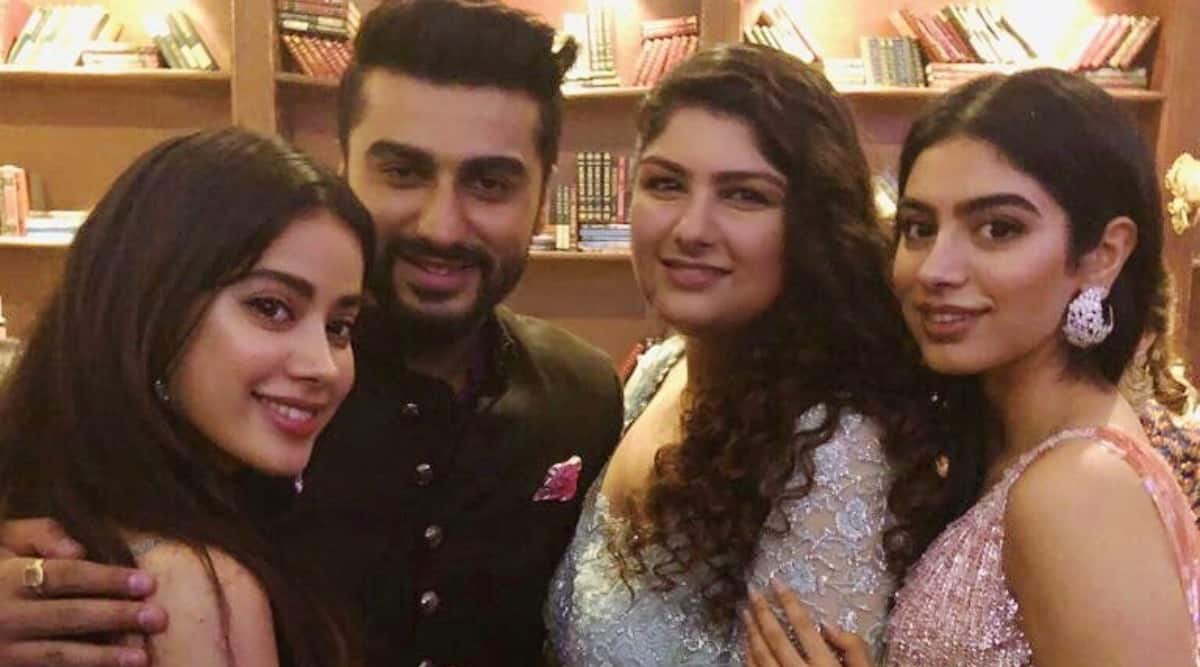 While Arjun Kapoor has previously spoken about his relationship with his step-sisters Janhvi Kapoor and Khushi Kapoor, in a recent interaction, the Bollywood actor revealed how he is still getting used to being called ‘bhaiya’ by Janhvi and Khushi.

On Sunday, the Sandeep Aur Pinky Faraar actor was part of The Bollywood Film Club’s session on Clubhouse. Apart from talking about his journey in the industry, Arjun also opened up about his personal life. When asked about his equation with his step-sisters and being their ‘bhaiya’, the actor said that it’s still very new for him as his sister Anshula addresses him in a different manner.

“It sounds very strange. Anshula calls me ‘bhai’ in a very different manner. And now this ‘Arjun bhaiya’ is a very new thing. So, when Janhvi says that it sounds like very new to me,” the 2 States actor said.

He also added that he has never asked them to call him by any specific name. “It comes to them very naturally,” Arjun added.

Ever since the untimely demise of actor Sridevi in 2018, Arjun Kapoor’s relationship with his father Boney Kapoor and step-sisters Janhvi and Khushi Kapoor have only improved.

In an episode of Koffee With Karan, Arjun spoke about how Sridevi’s death changed his equation with Janhvi and Khushi. “A moment changes everything. I have been through that moment. I wouldn’t wish it on my worst enemy. I and Anshula did everything out of pure honesty because we knew that we would have needed somebody at that time. We couldn’t have that but that doesn’t mean Janhvi and Khushi shouldn’t. My mother would have wanted that. If she was alive, the first thing she should’ve said is, ‘Go be there. Don’t hold any grudges. Life is too short,’” he had said.

On the work front, Arjun Kapoor recently began shooting for Ek Villain 2. He is also awaiting the release of Bhoot Police on Disney Plus Hotstar. Janhvi Kapoor, meanwhile, is looking forward to the release of Good Luck Jerry.