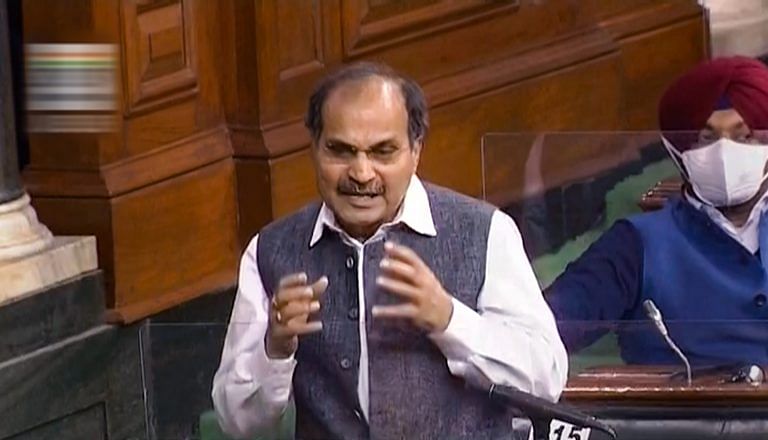 
New Delhi: With the monsoon session of Parliament all set to begin on 19 July, Congress president Sonia Gandhi has called a meeting of the party’s Parliamentary Strategy Group to discuss key issues to corner the Modi government.

According to sources, the meeting, scheduled for 14 July, may also see calls for Adhir Ranjan Chowdhury, the party leader in the Lok Sabha, to be replaced.

Even though the Congress fell short of the required number to get the official designation of the Leader of the Opposition, Chowdhury, an MP from Berhampore, has been serving as the leader of the single largest opposition party in the House. The Congress had won 52 seats in the 2019 Lok Sabha elections.

“Shashi Tharoor, Manish Tewari, Gaurav Gogoi, Ravneet Bittu are leading the race for this post. This could help placate the G-23 leaders too (those who had written to Sonia Gandhi asking for major changes in the party),” a party leader said.

“Apart from this, the party may also look into the possibility of replacing the party whip in the Lok Sabha. However, whether it will be done for this session or not is something one can’t say at this juncture.”

The leader added that many leaders have been raising their concerns regarding Chowdhury.

“It was felt by many that Adhir Ranjan Chowdhury is not able to articulate the party’s stand,” the leader said. “At the same time, he is the state in-charge of West Bengal and the party performance is there for everyone to see. There was also speculation of alliances between Congress and TMC in the last assembly elections, but Adhir Ranjan Chowdhury took a tough stand against TMC.”

A second party leader said Chowdhury has been continuously making statements against Mamata Banerjee and Trinamool Congress, something that the central leaders are unhappy about. “He is the state president of the party in West Bengal and if one follows the one person, one position rule, he will have to give up one,” the second leader said.

There is, however, no official word from the Congress on the issue.

A third party leader, however, said that while the issue might be taken up for discussion, the chances of replacing Adhir Ranjan Chowdhury days before the Parliament session seem unlikely.

“He is unlikely to be replaced in this session. Though the issue might be raised by a few leaders, a decision can’t be taken so soon. There are many leaders who are vying for the post and hence this issue is raised time and again in the media,” the third leader said. “At the same time, it is the Congress president who has to decide so nothing can be said with certainty.”

The Congress is also preparing to corner the central government on various issues in Parliament.

“The Congress leadership wants someone who can negotiate with other political parties and is quite articulate and who understands the nuances of the Parliament,” said a fourth party leader. “Though a section of the party is still pressing for Rahul Gandhi to take on the role, he is not keen.”

The parliamentary strategy group will try to take on the government on key issues such as inflation, second Covid wave, slow pace of vaccination, farmers’ agitation, a revival of the economy, jobs losses among others.

Also read: Congress must split to weaken BJP. Let those who want to join Hindutva exit