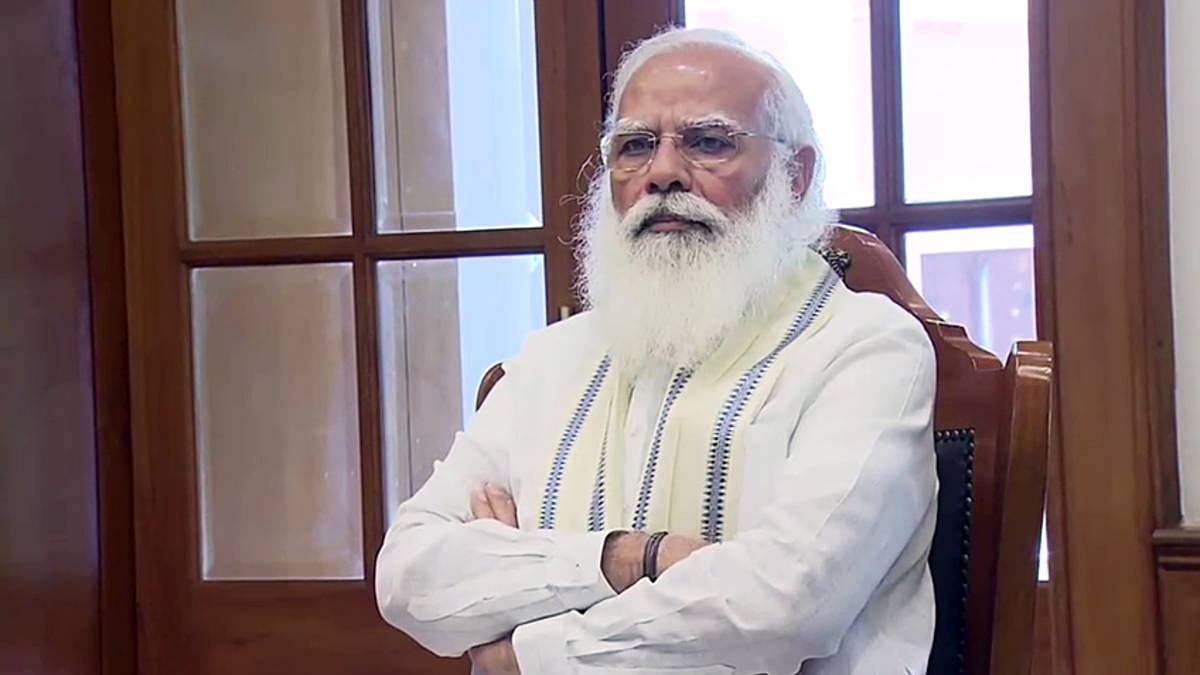 “Everyone has some special interest and traits… as per their interest, some good practices can be promoted at ground level where they work. Since we are in government, it’s our duty to serve people in a more focused way,” Modi said as he directed party workers to ensure work was being done even at the lowest levels of society, sources in the BJP told ThePrint.

The meeting is part of a series the PM has been holding since early June with ministers, party general secretaries, and morcha presidents.

The meeting was like a “free exchange of ideas”, said the sources, and also focused on the outreach efforts to cover Covid vulnerabilities.

Also read: BJP on boil in Munde stronghold in Maharashtra as Pritam Munde doesn’t get place in Team Modi

Modi kicked off the meeting with a long introduction session during which he asked the national secretaries to talk about their work, responsibilities and areas of interest. He also sought their feedback on how well the government schemes were working in their regions.

Sources in the BJP told ThePrint that the PM gave tips to party secretaries on how to “do seva work and keep monitoring programme implementation without a break”. They added that Modi was pained by the complete absence of BJP workers on the ground when the Covid wave was at its peak during the second wave.

Modi also directed them to call up old karyakartas and visit them to understand the ground situation better. Noting that he had also called several old party karyakartas and leaders to check on their well being and asked if they required help during the second Covid wave, Modi told the secretaries that doing so will also help them find out how the system is working on the ground.

“He suggested the secretaries meet old karyakartas, call them, and even visit primary health centres to find the lacunae. He also suggested meeting people at vaccination centres and helping them get vaccinated,” said one the sources.

Also read: Dissent-mukt Bharat? This is the model of reality Modi’s India follows

One of the sources called the six-hour meeting a “frank exchange of ideas”, during which Modi asked the national secretaries to give one negative and one positive feedback on the various government schemes. He also asked which scheme they thought was better and which needed fine-tuning. The idea, the sources said, was to get feedback and motivate leaders to get innovative in preparing for a third Covid wave.

“We are in power, our duty is to do seva of people and promote good practices. We should not detach from seva work,” Modi said at the meeting, according to the sources.

Citing a practice he employed while he was the chief minister of Gujarat, Modi said he had marked one day specifically for reading books since it helps in bringing about a behavioural change as well as attract the youth towards the party’s ideology. “He asked how many of them read books and which books they have read recently,” a source said.

Another tip Modi gave to the secretaries was to hold feasts in villages, noting that party workers are like family members. Cleaning up villages and hosting feasts will not only create a bond between party and its workers but also the people and the party, said Modi, adding that these small measures add up in the lives of the common man.

The PM’s ‘Mann ki Baat’ radio programme also featured in the discussions, with Modi asking party leaders to cite one positive and one negative thing about it.

“Many secretaries spoke about how Mann ki Baat had transformed the rural audience and their connect with the PM… and that their bond become stronger, unlike what it was with former prime ministers,” a second source told ThePrint.

One of the secretaries suggested to Modi that the Mann ki Baat duration be shorter to better appeal to the urban youth. A few secretaries also lauded the PM for inviting people to give their suggestions for the Padma awards nominations, and thus giving them a sense of ownership.

A party leader who was present at the meeting said Modi’s aim was to motivate cadres, give direction for ground outreach programmes, find new ways to connect to people, and prepare cadres for the third Covid wave. “Sometimes we lose track, but as chief guardian, he (Modi) keeps mentoring the cadre.”

Modi had held a similar meeting a few weeks ago, when he met ministers and party general secretaries to collect feedback on the functioning of their ministries and seva work done during the second Covid wave. He had also suggested various measures to ensure the party had a more proactive role on the ground.

Also read: You’re dropped — who called Modi’s ministers to give them the bad news before reshuffle