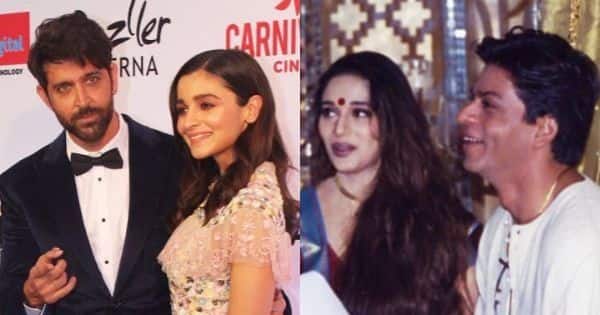 As another day fades into oblivion, it’s time to look back at the biggest newsmakers from Bollywood who’ve made it to the trending entertainment news today. From Shah Rukh Khan celebrating 19 years of Devdas and Director Sanjay Leela Bhansali reviving Inshallah with Hrithik Roshan and Alia Bhatt to BJP MP Sudhir Gupta’s bizarre comments on Aamir Khan, Laal Singh Chaddha cast and crew accused of littering in Ladakh and Choti Kangana Ranaut going viral – here’s all what grabbed headlines to make it to the trending entertainment news today… Also Read – BJP MP Sudhir Gupta makes bizzare comments on Aamir Khan: ‘At the age of becoming grandfather, he is looking for a third wife’

So, without further ado, here are the entertainment newsmakers of 12th July 2021:

Sanjay Leela Bhansali had announced his most anticipated project, Inshallah, back in 2019. The movie was supposed to feature Salman Khan and Alia Bhatt in lead roles. Now, according to reports, SLB is planning to revive the movie with Hrithik Roshan opposite Alia.

BJP MP Sudhir Gupta has sparked a controversy with his unprecedented statements about Aamir Khan, blaming the superstar for the population imbalance in the country. “Aamir Khan left his first wife Reena Dutta with two children, Kiran Rao with one child, and now, at the age of becoming grandfather, he is looking for a third wife,” CNN-News 18 quoted the BJP leader as saying. “Those who claim that people like Khan have no brains for job other than selling eggs were correct,” he added.

Read the full story here: BJP MP Sudhir Gupta makes bizarre comments on Aamir Khan: ‘At the age of becoming grandfather, he is looking for a third wife’

There are reports which state that the cast and crew of Laal Singh Chaddha, starring Aamir Khan and Kareena Kapoor, have left the place dirty and polluted post their shoot. It isn’t confirmed whether the team has wrapped the shoot or not, or if it is indeed Aamir’s team that’s responsible for the same.

Have you ever met a little clone of Bollywood star? Let us introduce you to a 9-year old Kangana Ranaut fan who talks, behaves, acts, mouths the actress’ dialogues and even does her, hair, makeup and wears her costumes just like her.

Read the full story here: OMG! Kangana Ranaut has a little clone who talks, behaves and does everything JUST LIKE HER – watch video