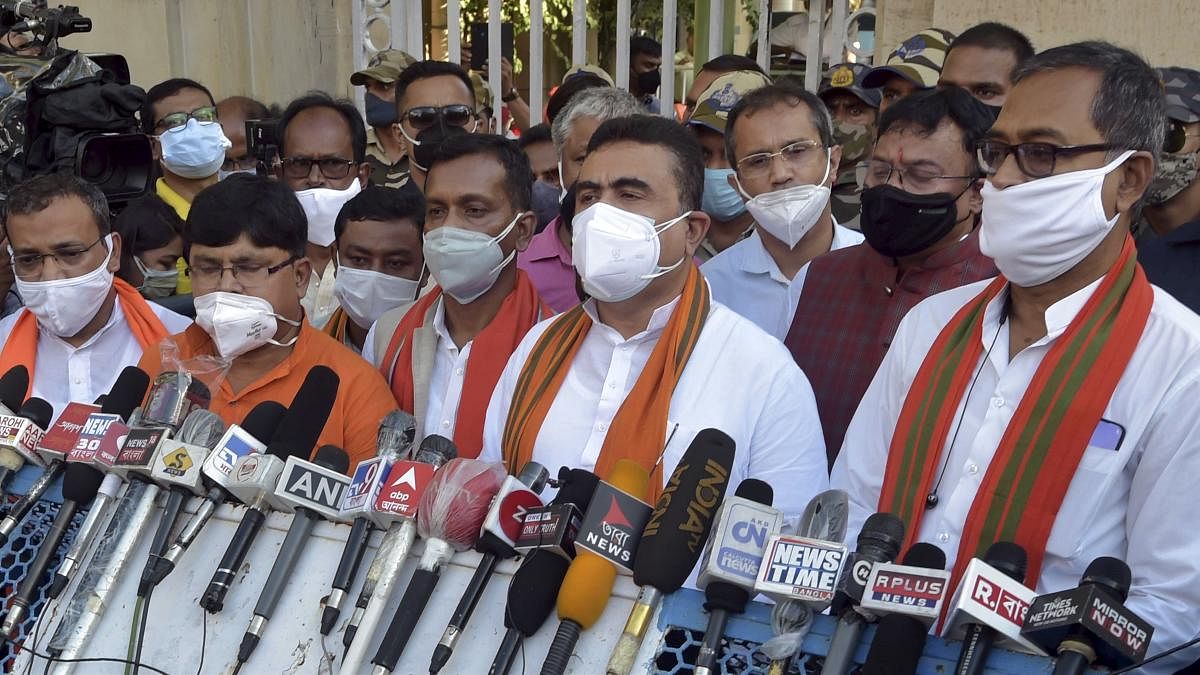 
Kolkata: Eight BJP legislators on Tuesday resigned as heads of various Assembly panels in protest against MLA Mukul Roy’s appointment as the chairman of the Public Accounts Committee (PAC).

Leader of Opposition Suvendu Adhikari objected to Roy’s elevation, arguing that the MLA, who had crossed over to the ruling TMC last month after winning the polls on a BJP ticket, cannot be considered a legislator of the saffron camp.

As per norms, a legislator of the main opposition party is made the PAC chairperson, and Roy hasn’t quit as a BJP MLA in the House, despite switching camps.

Manoj Tigga, one of the saffron camp legislators, said after resigning from a standing committee that “Roy’s appointment is undemocratic and a naked display of partisan politics. In protest, we have decided to step down…”

TMC deputy chief whip in the House, Tapas Roy, in response, said it was a decision of the saffron camp, and he wouldn’t want to comment on that.

“Appointments for any assembly panel should be left to the discretion of the speaker, who did go by the rule in this case. It has to be kept in mind that the BJP had been plotting to topple democratically elected governments all over the country to capture power. They don’t have any right to speak on democratic values,” the Baranagar TMC MLA said.

BJP MLAs had staged a walkout in the Assembly on July 9 after Roy was made the chief of PAC, which keeps a tab on government spending.

“This government does not let the Comptroller and Auditor General (CAG) conduct audits. It just wants its own people to know where it is spending,” Adhikari had said at a press meet after the walkout.

He further said that BJP had pitched economist and party MLA Ashok Lahiri as PAC chairperson, but the speaker went by TMC’s recommendation and appointed Roy. –PTI