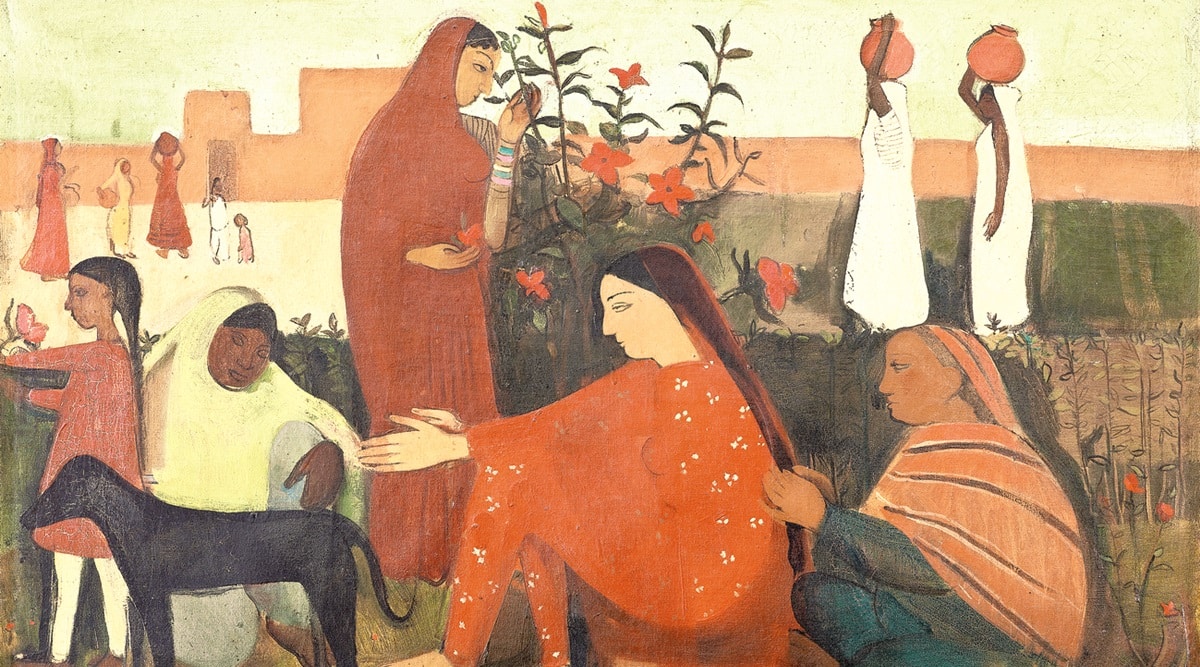 A painting by Amrita Sher-Gil, In the Ladies’ Enclosure (1938), fetched Rs 37.8 crore (USD 5.14 million) at auction house Saffronart’s sale in Mumbai on Tuesday. This is the highest achieved by the artist in an auction, and the second-most expensive artwork by an Indian.

V S Gaitonde’s Untitled (1961), sold for Rs 39.98 crore in March this year at Saffronart, remains the most expensive by an Indian artist. The previous record for Sher-Gil was Rs 18.7 crore for The Little Girl in Blue (1934) at Sotheby’s auction in Mumbai in 2018, according to art market intelligence firm Artery India.

Sher-Gil is India’s most famous woman artist and recognised by the Indian government as a “National Treasure”, an honour which makes it illegal to take her art out of the country. The Indo-Hungarian artist died in 1941 at the age of 28.

“It is a rare work of the artist from that particular period to emerge in the art market… Sher-Gil painted this work [In the Ladies’ Enclosure] in the final years of her brief but exceptional life,” he said.

In the Ladies’ Enclosure, an oil on canvas measuring 21.5 x 31.5 inch, contains a group of women and a dog assembled by a striking hibiscus bush. At the centre is a bride in a vermillion salwar kameez. Others, such as the woman plaiting the bride’s hair and a small girl observing a hibiscus flower, are also present.

Groups of women, such as this, are found in other paintings by Sher-Gil, where they form a community yet seem preoccupied in their own thoughts.

Artist Vivan Sundaram, Sher-Gil’s nephew, notes in an essay on the painting, that the figures are “portraits” of people known to Sher-Gil, all living in the family estate at Saraya, Gorakhpur, over long periods of time. “There is a personal informality to their representation,” he writes.

“This painting is among the artist’s most dense compositions to be featured for sale, at auction or privately, and painted during a crucial phase within the artist’s short-lived practice. Given its rarity and importance, it should have achieved a higher price, and will serve its collector richly as a capital asset, in addition to its unparalleled historicity and cultural bearings,” said Arvind Vijaymohan, CEO of Artery India.

Similar complex compositions are seen in other Sher-Gil paintings, such as Bride’s Toilet (1937) and Village Scene (1938).

Naturally drawn to art as a child, Sher-Gil was encouraged to study art in Paris where she learned the academic style of painting. She returned to India in 1934, marking the beginning of an evolution in her style and a deeper connection with her Indian roots. She travelled much of the country, imbibing its colours, sounds and people, and set up a base in Saraya.

Remarkably, her colour palette shifted, from blues and greens to earthy reds and browns, and she became more influenced by the cave paintings of Ajanta and Ellora and Rajput and Pahari miniature paintings. It is in this change that viewers can locate In the Ladies’ Enclosure.

While Sher-Gil’s works on paper come up routinely in auctions, it is not often that her canvases get a chance to go under the hammer. Artery India’s data shows that over the past 34 years, only 68 works by Sher-Gil have been auctioned, achieving sales of Rs 193.1 crore. Of these, only 16 works were paintings on canvas.