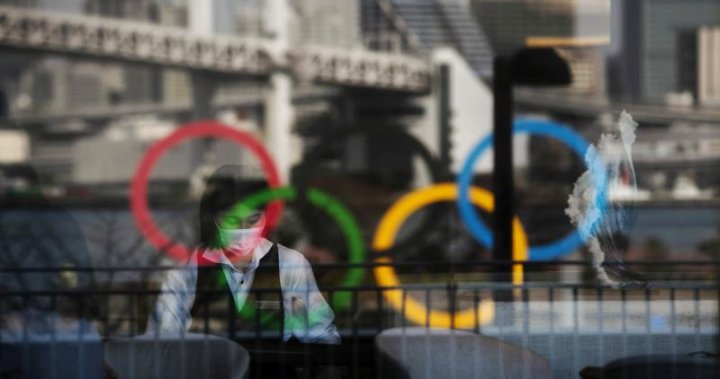 Canada will send a team of 371 athletes to the Tokyo Olympics that, despite COVID-19 challenges and concerns, will be the country’s largest Olympic contingent since the 1984 Los Angeles Summer Games.

Delayed a year by COVID-19 just qualifying for the Tokyo Games proved an immense challenge for many Canadian athletes with global sport brought to standstill by the pandemic, wiping out opportunities to earn Olympic spots.

1:24
Tokyo bans Olympic spectators due to COVID-19 state of emergency

Tokyo bans Olympic spectators due to COVID-19 state of emergency

“Even before Canada’s incredible athletes get to their first competitions in Tokyo, I am extraordinarily impressed by their results,” said Canada Chef de Mission Marnie McBean in a statement.

“Despite the pandemic, through their creativity and perseverance, they have become the largest Canadian Olympic Team in three decades.

“In far less than ideal conditions, they have found a way to be faster and stronger than ever and I have no doubt that they are ready to reveal something special at Tokyo 2020.”

The youngest member of the team will be 14-year-old swimmer Summer McIntosh and the oldest 56-year-old equestrian Mario Deslauriers.

The squad includes 226 Olympic rookies while 134 competed at the 2016 Rio Summer Games.

There are 40 returning Olympic medallists and two athletes who have crossed over from the Winter Games to Summer.

Georgia Simmerling, who competed for Canada at the 2010 Vancouver Winter Olympics in alpine skiing and ski cross at the 2014 Sochi Games, will be a member of the track cycling team.

Vincent De Haître, who competed in long track speed skating in Sochi and the 2018 Pyeongchang Winter Games, has also made the jump to track cycling.

Canada won a total of 22 medals, including four gold, at the Rio Olympics, the country’s biggest haul since the 1996 Atlanta Olympics when it also won 22 medals.

The Tokyo Olympics begin on July 23 and run through to Aug. 8.

(Reporting by Steve Keating in Toronto. Editing by Christian Radnedge)