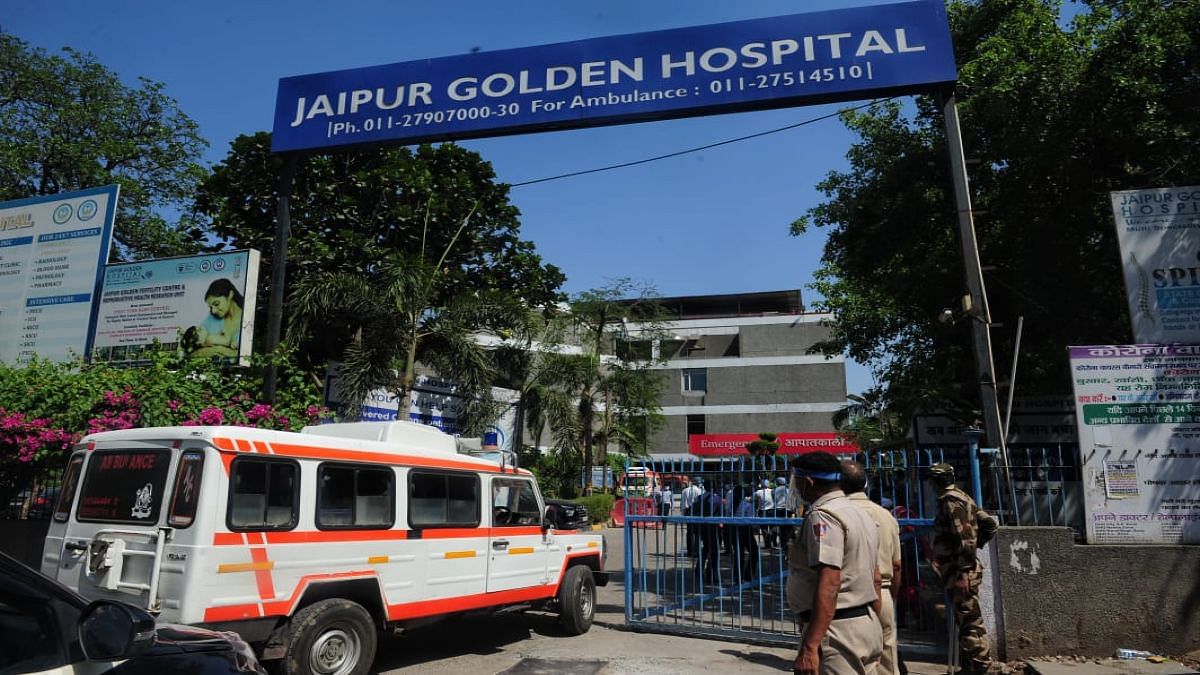 
New Delhi: A court here on Tuesday pulled up Delhi Police for filing in a “casual manner” the reply to a plea seeking registration of an FIR against Jaipur Golden Hospital management for alleged deaths of COVID-19 patients due to oxygen shortage.

As many as 21 critically ill patients had died at the hospital on the intervening night of April 23-24 as it allegedly awaited the oxygen supply to be replenished, following which six family members of the deceased approached the court.

Furthermore, the judge called it a highly sensitive matter” and gave the Deputy Commissioner of Police (DCP) the last opportunity to file the status report, failing which the court would take action as per the law.

Notably, family members of the deceased approached the court claiming that the hospital management should be punished, but police, with mala fide intention, have neither arrested nor set up an inquiry against them.

The families have requested the court to take cognizance of the offenses such as murder, criminal intimidation, death by negligence, cheating, criminal conspiracy, and disappearance of evidence, summon and try the accused for these offences.

In the plea filed through advocates Sahil Ahuja and Siddhant Sethi, the complainants have stated that the hospital management should have stopped admitting the patients or start discharging them if they were low on oxygen supply.

Keeping everyone in dark and thereby not providing the proper oxygen support which led to the death is an act of culpable homicide on their part all whilst the accused hospital minted money and raised invoices, it stated.

Calling it rash negligence , the complainants said it was crystal clear that the hospital management has murdered the their family members, played fraud, conspired and threatened them. –PTI

Also read: One meeting in one month, Delhi govt O2 panel was stalled before it got off the ground