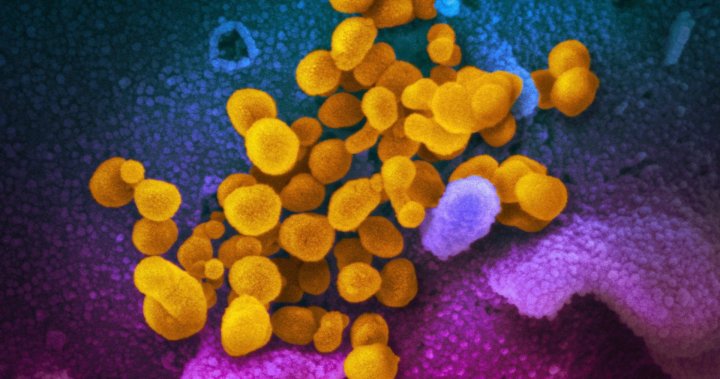 Eight cases of COVID-19 and two deaths, involving a woman in her 90s and a man in his 50s, were reported by the Middlesex-London Health Unit on Tuesday.

The health unit says neither of them was vaccinated, nor were they associated with a long-term care home or retirement home.

The breakdown of variant cases is as follows:

Chippewas of the Thames First Nation reported midday Tuesday that the MLHU had confirmed a positive case of COVID-19 involving one of its residents. It’s unclear if this case is among the eight cases reported Tuesday or if it will be included in Wednesday’s update.

A total of 11,439 COVID-19 cases have been confirmed in London since the pandemic began, while 361 have been in Middlesex Centre and 334 in Strathroy-Caradoc.

Further information can be found on the health unit’s Summary of COVID-19 Cases in Middlesex-London page.

The London Health Sciences Centre says it is caring for 11 inpatients with COVID-19 as of Tuesday, with fewer than five in the intensive care unit.

At St. Joseph’s Health Care London, the organization reported no current COVID-19 cases among its patients or staff.

The MLHU is not reporting any institutional outbreaks, however, there is an outbreak tied to indoor gatherings at Christ Embassy Church at 1472 Dundas St. in London.

As of last Thursday, six cases were associated with the outbreak.

1:52
Mental health and the return to normalcy: ‘Change is very stressful’

Mental health and the return to normalcy: ‘Change is very stressful’

The MLHU released updated vaccination data on Tuesday, dated to the end of day July 10.

When looking only at adults 18 and older, that increases slightly to 78.4 per cent with one dose and 48.9 per cent with two doses.

Information on how to book and cancel appointments can be found on the health unit’s website.

Information on local pharmacies offering COVID-19 vaccines can be found on the province’s website.

Several pop-up walk-in clinics are scheduled throughout the region. A full list can be found on the health unit’s website.

The health unit is also encouraging anyone with a second dose scheduled for the latter half of August or later to try to reschedule it for July.

Anyone looking to test to see if they have COVID-19 can find information about locations of testing sites on the health unit’s website.

The test positivity rate in the region was 1.3 per cent for the week of June 27.

Ontario is reporting 146 new COVID-19 cases on Tuesday, the fifth straight day with under 200 cases. The provincial case total now stands at 547,409.

According to Tuesday’s report, 43 cases were recorded in Toronto, 36 in Waterloo Region, 13 in Peel Region, 11 in Hamilton and 10 in Middlesex-London.

All other local public health units reported fewer than 10 new cases in the provincial report.

The death toll in the province has risen to 9,258 as seven more deaths were recorded.

The province says 57.2 per cent of adults in Ontario are fully vaccinated, while 79.4 per cent have at least one dose of a COVID-19 vaccine.

Per-municipality case counts can be found on the health unit’s dashboard.

At least 14 cases are active. A total of 83 deaths have been reported.

One person is hospitalized with COVID-19. They are not in the ICU.

The number of variant of concern cases climbed by six to 826, with 755 of those listed as the Alpha variant, 48 the Beta variant and 23 the Delta variant.

There were no active institutional outbreaks reported in the region.

The region’s test positivity rate was 0.6 per cent for the week of June 27.

Read more:
Israel will have to ‘learn to live’ with COVID-19 as Delta variant surges, PM says

All individuals aged 12 and up are eligible to re-book their second appointment through the online booking portal or by phone at 1-800-922-0096 ext. 9.

The health unit is also still encouraging people to add their names to a same-day vaccination list.

Several pharmacies in the region are also continuing to offer COVID-19 vaccine.

Huron Perth Public Health reported one case and one recovery on Tuesday, bringing the total counts to 1,916 and 1,850, respectively.

The number of deaths stands at 57 and at least nine cases are active.

HPPH is not reporting anyone as currently hospitalized with COVID-19.

Case counts by municipality can be found on the health unit’s dashboard.

Seven more variant cases were confirmed for a total of 333.

There are no active institutional outbreaks reported in the region.

The region’s test positivity rate was 0.9 per cent for the week of June 27.

On Tuesday, HPPH’s vaccine dashboard reported that 74.9 per cent of those age 12 and older have had at least one dose while 48.4 per cent are fully vaccinated, as of July 12.

Lambton Public Health reported one new case and one new recovery on Tuesday, bringing the region’s total case count to 3,626 with 3,553 recoveries.

The total number of deaths stands at 64, with two deaths reported over the weekend.

The region’s variant case tally is unchanged from Monday at 667.

According to Bluewater Health, one patient in their care is confirmed to have COVID-19.

The outbreak at Afton Park Place, a long-term care home, is now over. It was declared June 25 and declared over July 12.

The region’s test positivity rate was 0.8 per cent for the week of June 27.

Some pharmacies are also continuing to offer Pfizer or Moderna shots.

—With files from Global News’ Kelly Wang and Gabby Rodrigues.