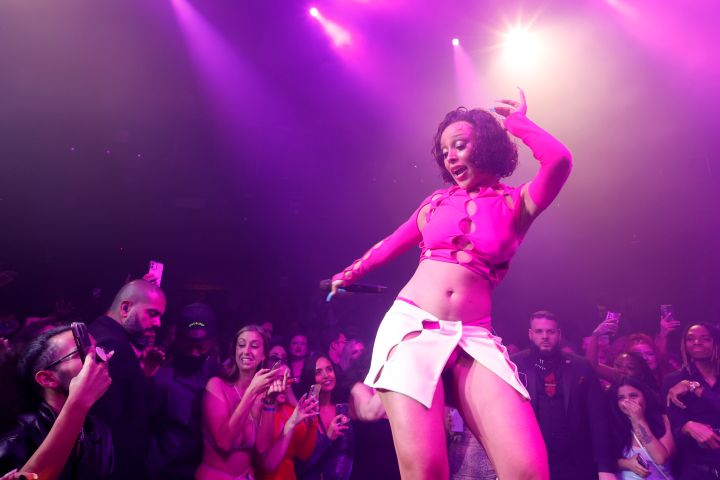 Doja Cat handled an onstage tumble like a true pro during a recent gig in Miami.

The singer was performing at E11EVEN nightclub on Saturday when she accidentally slipped and fell.

Fans who were at the gig have been sharing clips of the incident online.

Doja is asking for this video of her falling in a concert in Miami pic.twitter.com/wZ0Op1oVis

Doja can be seen flipping her hair as she performs “Tia Tamera” in front of a large crowd.

The 25-year-old star suddenly loses her footing and ends up on the ground.

However, Doja handles the situation perfectly by making the fall look like its part of her dance routine.

RELATED: Doja Cat And SZA Deliver First Ever Performance Of ‘Kiss Me More’ At The Billboard Music Awards

The Grammy-nominee later took to Twitter to ask fans for footage of the moment.

somebody send me the video of me falling last night. Post in thread below thank u 🙏