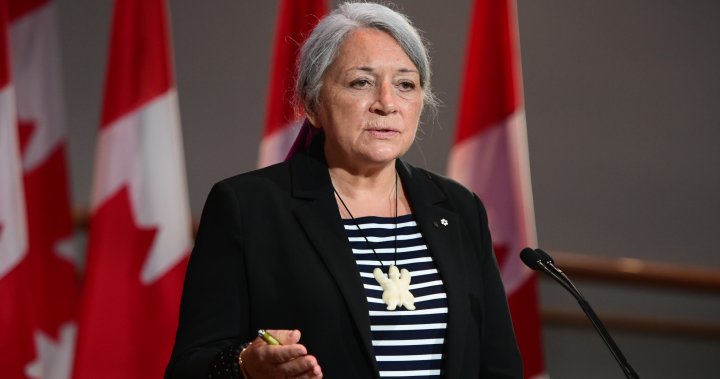 The Department of Canadian Heritage announced the ceremony on Tuesday, one week after Prime Minister Justin Trudeau announced Simon — who speaks English and Inuktitut, but not French — will take over the role as the Queen’s representative in Canada.

Simon has said she was denied the chance to learn French while in a federal day school, but plans to learn it on the job and conduct the business of the office in both official languages.

Simon, whose Inuk name is Ningiukudluk, is a prominent Indigenous leader who was formerly the Canadian ambassador to Denmark and who played a leading role in the creation of the Arctic Council.

She is an Officer of the Order of Canada and has been honoured over the last several decades with the National Aboriginal Achievement Award, the Gold Order of the Canadian Geographic Society and the Governor General’s Northern Award. As well, she has been inducted into the International Women’s Hall of Fame and is a fellow of the Royal Canadian Geographic Society, among other honours.

Until she is sworn in, Simon is referred to as the governor general designate.

Supreme Court of Canada Chief Justice Richard Wagner has been acting in the role of administrator — which can fulfil the duties of the office as needed —  since former governor general Julie Payette resigned in disgrace in January following a probe into allegations of workplace bullying.

Le Conseil des écoles publiques de l’Est de l’Ontario — Ontario’s public French school board — decided last month to remove Payette’s name from the Ottawa-area elementary school that had borne it since 2017 over concerns about how the allegations against Payette might reflect on the school.