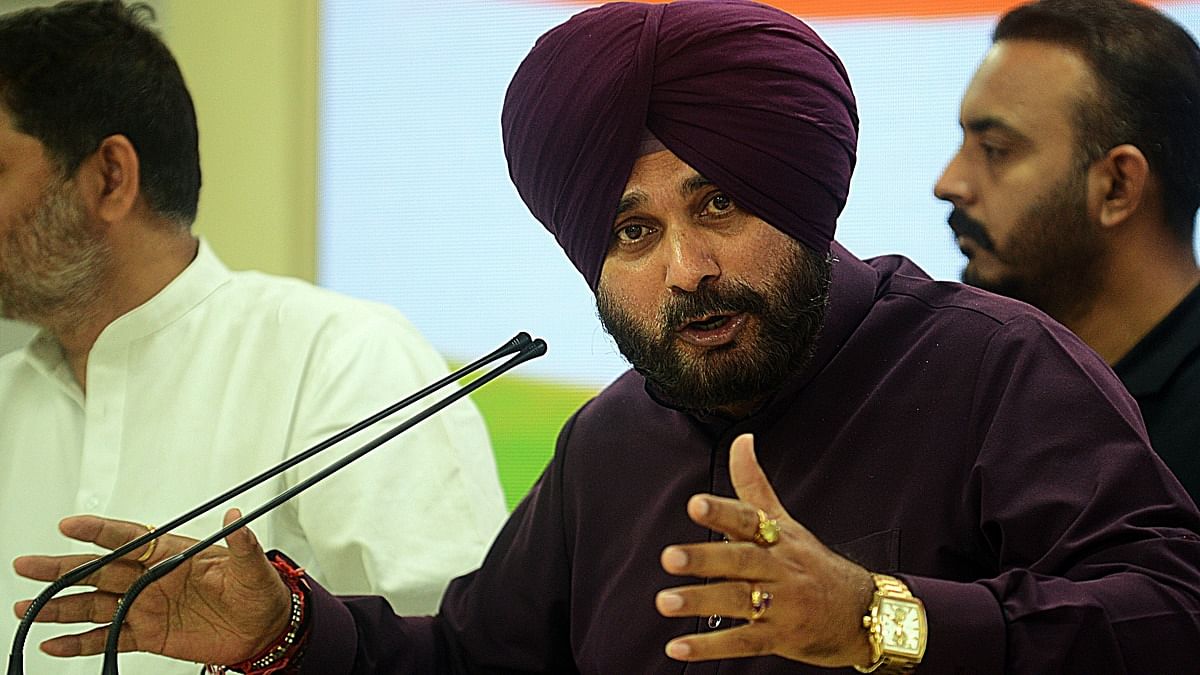 
New Delhi: Cricketer-turned-politician Navjot Singh Sidhu, who has been training his guns at Punjab Chief Minister Amarinder Singh, took his colleagues in the Congress by surprise Tuesday, suggesting in a series of tweets his willingness to cross over to the Aam Aadmi Party (AAP) if the Congress high command doesn’t meet his demands.

“Our Opposition singing about me and other loyal Congressmen:- Tum agar AAP mein aaoge toh koi baat nahi… tum agar Congress mein rahoge toh mushkil hogi (if you move to AAP, then it will be good, if you stay in Congress, then it will be difficult),” Sidhu said in one of his tweets.

Sidhu, who had resigned from Captain Amarinder Singh’s cabinet last year after being divested of the local government, tourism and culture portfolio, has been pressuring the party high command for a change of guard in Punjab ahead of assembly elections early next year.

The ex-cricketer who quit the BJP to join the Congress in 2017 is learnt to be eyeing the top job in Punjab if the Congress retains power. He met Rahul Gandhi and Priyanka Gandhi Vadra for four hours separately about a fortnight back, following which CM Amarinder Singh was called by interim Congress president Sonia Gandhi for a meeting in Delhi.

Emerging from that meeting, Singh had said that he would go by whatever the high command decided.

On Monday, the All India Congress Committee (AICC) in-charge of Punjab, Harish Rawat, ruled out any change of the CM, adding that a new state Congress president would be declared this week.

Sidhu is said to be keen on getting the reins of Punjab Congress to set himself up for the top job after elections.

‘AAP has always recognised my work’

In what was seen as his strategy to put pressure on the Congress leadership to appoint him the state unit chief, Sidhu posted a series of tweets Tuesday, acknowledging the Aam Aadmi Party (AAP)’s “recognition of his vision and work for Punjab”.

The tweets have left the AAP leadership perplexed. Some leaders called the move a “sosha” or gimmick.

“Our opposition AAP has always recognised my vision & work for Punjab. Be it Before 2017- Beadbi, Drugs, Farmers Issues, Corruption & Power Crisis faced by People of Punjab raised by me or today as I present “Punjab Model” It is clear they know – who is really fighting for Punjab,” the former cricketer tweeted.

Our opposition AAP has always recognised my vision & work for Punjab. Be it Before 2017- Beadbi, Drugs, Farmers Issues, Corruption & Power Crisis faced by People of Punjab raised by me or today as I present “Punjab Model” It is clear they know – who is really fighting for Punjab. https://t.co/6AmEYhSP67 pic.twitter.com/7udIIGkq1l

The tweet was in response to an old video clip that showed AAP leader Sanjay Singh praising Sidhu for quitting the BJP in 2017 and for raising his voice against the Akali Dal and the Badal family.

In a subsequent tweet, the Congress leader said, “If the Opposition dares to question me, yet they can’t escape my Pro-People Agenda … This means they have resigned to their fate !! (sic)”

If the Opposition dares to question me, yet they can’t escape my Pro-People Agenda … This means they have resigned to their fate !!

Leaders of the Arvind Kejriwal-led party found the tweet “cryptic”. A senior AAP leader who didn’t wish to be named said: “This is just his way of getting his own party’s reaction. We’ll comment if he actually approaches us. This isn’t the time.”

Another AAP member who has been involved in the election strategy for Punjab, said: “This is just sosha as they say in Punjabi and he has succeeded to garner the attention he was looking for.”

Some party insiders said it was too soon to say anything. However, WhatsApp groups with party members were abuzz with Sidhu’s tweets, with leaders trying to decode its implications ahead of the 2022 polls.

Several members of AAP’s social media team retweeted a post by a Twitter handle seen as a party supporter. The tweet said: “Navjot Singh Sidhu @sherryontopp wanted some Media Attention. Media in return has portrayed it as “Sidhu Wants to JOIN AAP , Sidhu praises AAP, Sidhu warms up for AAP.  Ab Sidhu is contacting Kapil Sharma if he can rejoin the Thokko Taali Show !!”

Media in return has portrayed it as “Sidhu Wants to JOIN AAP , Sidhu praises AAP, Sidhu warms up for AAP”

Ab Sidhu is contacting Kapil Sharma if he can rejoin the Thokko Taali Show !! pic.twitter.com/8r4vWLl90a

ThePrint reached AAP MLA and Punjab co-incharge for the party, Raghav Chadha, via calls and texts but there was no response until the publishing of this report. His office, however, clarified that there will likely be a statement on the issue from Chadha later.

During his visit to Punjab in June, the first ahead of the elections next year, Delhi CM Arvind Kejriwal had said that he respected Sidhu and would not indulge in any loose talk on the speculation around him. In 2017, Kejriwal had made it clear that Sidhu never asked AAP to declare him as their CM face.