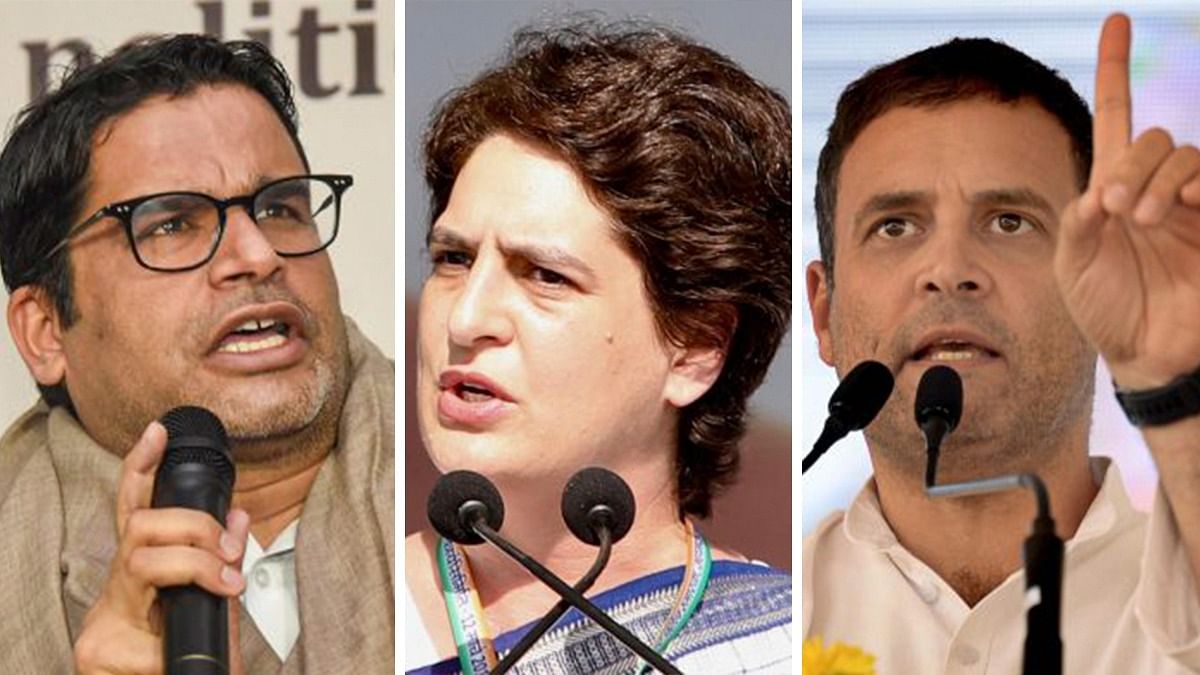 It is being widely speculated that in the two-and-a-half-hour-long meeting, a strategy was devised to end the prolonged infighting between Punjab Chief Minister Amarinder Singh and party leader Navjot Singh Sidhu.

Rawat, however, told the media outside Rahul’s residence that the meeting wasn’t specifically about Punjab.

“Rahulji is a national leader. Many people meet him to discuss all sorts of things,” Rawat said. “This (meeting) doesn’t mean that Prashant Kishor came here to talk about Punjab. Whatever discussions held with the leadership on the subject of Punjab will be led by me.”

He, however, hinted that a possible resolution could be announced soon. “(There) will be good news for Punjab Congress in the next 3-4 days,” he said.

While Rawat skirted the issue, sources privy to the meeting said the Punjab infighting was broached by Kishor and brought up in the discussion.

“Kishor is the Punjab government’s official advisor; so, if he is called at this hour right in the middle of the public fight in the Punjab state unit, he cannot ignore that subject,” a party source said.

Amarinder had met party president Sonia Gandhi last week on 6 July, and a day later, had a one-on-one meeting with Kishor in Delhi.

Also read: Why Punjab CM Amarinder Singh is made to stand trial in Gandhi family court

Sources said that the other topic that was extensively discussed was that of the Uttar Pradesh assembly elections, which are slated to take place early next year along with Punjab.

Kishor was the Congress party’s strategist ahead of the 2017 UP polls but was said to have a fallout with the party after its poor performance in the elections.

However, Priyanka Gandhi Vadra, who is the general secretary in-charge of UP, was also present in the meeting and discussed the upcoming campaign strategy with Kishor, sources said.

“She (Priyanka) will be going to UP to meet the party cadre and kickstart the election campaigning process. So in that context, this was an important meeting,” a second party leader said.

Priyanka is slated to visit UP on 14 July.

Rawat also addressed Sidhu’s cryptic tweets from earlier in the day, which suggested a camaraderie of sorts with the AAP.

“Our Opposition singing about me and other loyal Congressmen:- Tum agar AAP mein aaoge toh koi baat nahi… tum agar Congress mein rahoge toh mushkil hogi (if you move to AAP, then it will be good, if you stay in Congress, then it will be difficult),” Sidhu said in one of his tweets.

However, it wasn’t clear if Sidhu was being sarcastic or sending a message to the Congress high command.

Reacting to the tweets, Rawat said “lots of things are said on social media and I don’t know how much of it is distorted”.

“All I know is that both the leaders have told the leadership that they will accept whatever decision the high command takes,” he said. “Sidhu has his own style of communicating; I am not capable of commenting on it.”