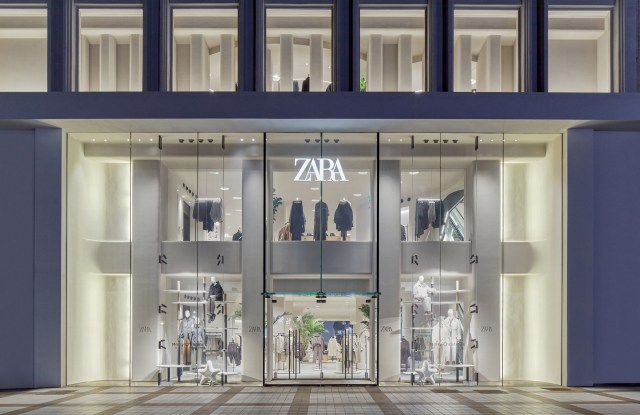 PARIS — Zara owner Inditex is ramping up its sustainability initiatives, moving forward its zero net emissions ambition to 2040, instead of 2050 previously. At its annual general meeting Tuesday, the company unveiled an ambitious set of new targets including a number of actions on increasing its use of more sustainable textiles.

“This is a very serious set of targets,” Inditex executive chairman Pablo Isla told shareholders. “This is absolutely essential to us in our strategy.”

Among new initiatives, the Spanish fast-fashion retailer, which also owns labels including Massimo Dutti, Bershka and Stradivarius, plans to increase its use of sustainable cotton by 100 percent before 2023, versus an aim of 80 percent initially set for 2025, and offer fully sustainable cellulose fibers by 2023 as well as only recycled or sustainably manufactured polyester and linen by 2025.

The in-house Join Life label, which is affixed to products made from recycled and sustainably produced materials, will represent 50 percent of its offer by next year, Isla said, compared with 35 percent last year — well ahead of the 2020 target of 25 percent. Single-use plastics will also be fully eliminated from customer interfaces by 2023.

On an operational level, Inditex plans to use only renewable energy in its direct activities by next year, compared with its prior target of reaching 80 percent renewables by 2025, and cut water use throughout its supply chain by 25 percent before 2025.

Despite the challenges faced in 2020, Isla said the company had exceeded several of its sustainability targets for the period. “Despite the pandemic, despite the number of stores that have been closed throughout that time, we have made good on all of them,” he said.

Tied to this, Inditex is also ramping up its recycling initiatives — all of its stores worldwide now offer collection points, and the company has collected 60,000 tons of used clothes to date, Isla said. “This is going to be of ever-growing importance,” he commented, given the importance of improving the availability of recycled content. The Spanish firm is partnering with various NGOs and with MIT on further developing garment recycling programs and research. “It is also a way of creating employment,” Isla said.

The company’s sales have continued to show improvements this year so far. In the period from May 1 to June 6, Isla said, with 98 percent of stores worldwide now open, its sales jumped 102 percent year-on-year. They also gained 5 percent compared with the same period in 2019. “This reveals the sheer strength of our business and the sheer strength of our strategy,” Isla said. “This makes us very optimistic and very confident in the future.”