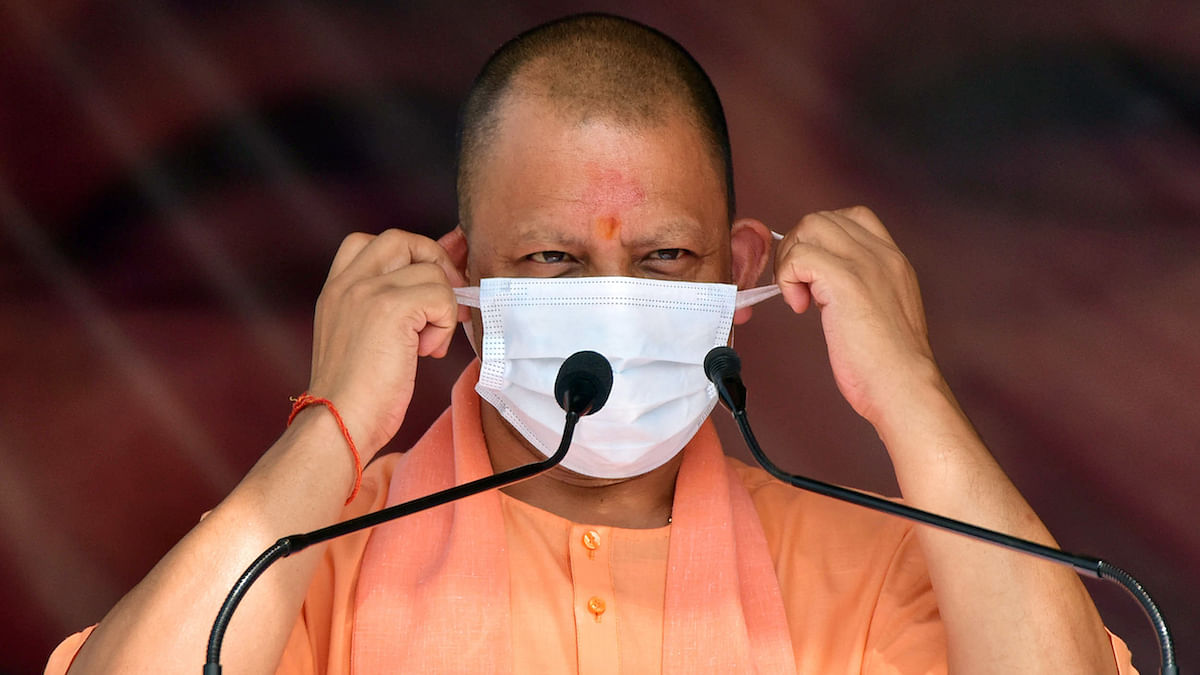 
On World Population Day, chief minister Yogi Adityanath provoked a vociferous debate when he unveiled the Uttar Pradesh Population Policy 2021-2030. The policy aims to bring down the total fertility rate among women to 2.1 by 2026 and to 1.9 by 2030 — from the current rate of 2.7.

“Across the world, concerns have been raised from time to time about increasing population being a hurdle in development. Discussions on it have been going on for the past four decades,” the CM said.

As per the policy, efforts will be made to increase accessibility of contraceptive measures under the family planning programme and provide a proper system for safe abortions. Provisions have been made to ensure health services for all and pay special attention to pregnant women, infants, sick newborns and children who are severely malnourished. “The countries and states which have made efforts in this direction have seen positive results. However, more efforts are needed,” he said.

This comes a few days after the Adityanath government uploaded the draft population control bill on its website, inviting suggestions till 19 July. If enacted, the bill’s provisions will come into force one year after its publication in the gazette.

The main provisions of the bill are: increase the accessibility of contraceptive measures; provide a proper system for safe abortion; reduce the infant and maternal mortality rate; and better manage education, health, and nutrition of adolescents aged between 11 and 19 years.

The bill also provides for several incentives like out-of-turn promotions, two extra increments, paternity leave of 12 months with full salary and allowances, and 3 per cent increase in the employer’s contribution under the National Pension Scheme. Citizens who are not government employees will get benefits like rebates in taxes on water, housing, home loans, etc.

Other important provisions of the bill include setting up a state population fund and introducing population control as a compulsory subject in all secondary schools.

The UP Law Commission, which has prepared the draft bill, has claimed that the policy will be voluntary and not forced upon anyone.

Prima facie, the bill, with its rationale and most of its provisions, sounds reasonable. But what makes it suspect is its timing. The Adityanath government has been in power in UP for over four years. But it’s only now that the benefits of population control have suddenly dawned upon the CM, when the government is already in election mode. The common suspicion being voiced is that the bill is a ploy to create a Hindu-Muslim controversy, which is by now a standard tried-and-tested polarising election-winning formula.

The Right-wing has always blamed Muslims for the so-called ‘population explosion’. It has constantly tried to instil a fear among Hindus that Muslims are breeding fast with the intention to overtake them and capture political power. Many BJP and RSS leaders have repeatedly urged Hindus to produce more children. This propaganda is totally misguided if not outright mischievous.

While Muslim fertility has indeed been highest, it is because of illiteracy, poverty and poor access to health services — the three critical determinants of fertility behaviour. We have never heard the Right-wing express concern about these three factors. We have only seen spokes being put in the scholarship schemes for the minorities, besides madrasas (an Arabic/Urdu name for pathshala or school) being constantly vilified.

With regards to income, what we have heard and seen are calls for economic boycott of Muslims. The delivery of all kinds of services, including health and family planning, is the poorest in Muslim clusters, always hatefully described as “mini-Pakistan.” Despite these obstacles, Muslim adoption of family planning has been surprisingly high in the last three decades — faster than the Hindus. As a result, the fertility differential, which was never more than one child (1.1 to be precise), has come down to 0.48.

It is noteworthy that while Muslim birth rate has been the highest, Hindus weren’t far behind, with the second-highest birth rate. While Muslims’ adoption of family planning was 45 per cent, that of Hindus was 54 per cent, way less than 80 per cent among the Sikhs. According to the National Family Health Survey (NFHS-4), in 22 states, the fertility rate of Muslims was lower than the Hindus of Bihar. If religion was the determining factor,  Muslims all over the country would be procreating more. This brings out the fact that socioeconomic conditions, rather than religion, influence fertility behaviour. NFHS clearly underlines that in the so-called BIMARU states of Bihar, Madhya Pradesh, Rajasthan, and Uttar Pradesh, socioeconomic conditions of both Hindus and Muslims are weaker than other states.

The motive is clear

Even a cursory look at the provisions of the UP population control bill shows that most of the measures, desirable as they are, do not need a policy. Improving health and family planning services is the obvious thing that should have been addressed a long time ago. It is only the incentives and disincentives that are the new features of the population policy, and both are undesirable. Experience worldwide has shown that such measures are always counterproductive.

It’s obvious that population policy cannot target a single religious community even if that is the hidden intention. Don’t Hindus have more than two children? The backlash from them is likely to be more. It is not surprising that Right-wing Hindu organisations attacked the bill soon after it was released.

It’s interesting to note that the targets set in the policy are nearing achievement much before the policy stipulation. For instance, the target of 2.1 TFR is already expected by 2025.

The saving grace is that the population policy has been made “voluntary”, which is paradoxical. Is a person with more than two children not opting for the policy eligible to contest elections? The policy begs another question: why has the government given only one week to submit comments on a policy that it took four years to draft? Besides, it will be operational only a year after notification. What purpose is it designed to serve? Obviously, elections. I have a feeling that if Muslims come out in support of the policy, the Adityanath government itself will backtrack under pressure from the Hindu Right-wing.

The writer is former Chief Election Commissioner of India and the author of The Population Myth: Islam, Family Planning and Politics in India. He tweets @DrSYQuraishi. Views are personal.