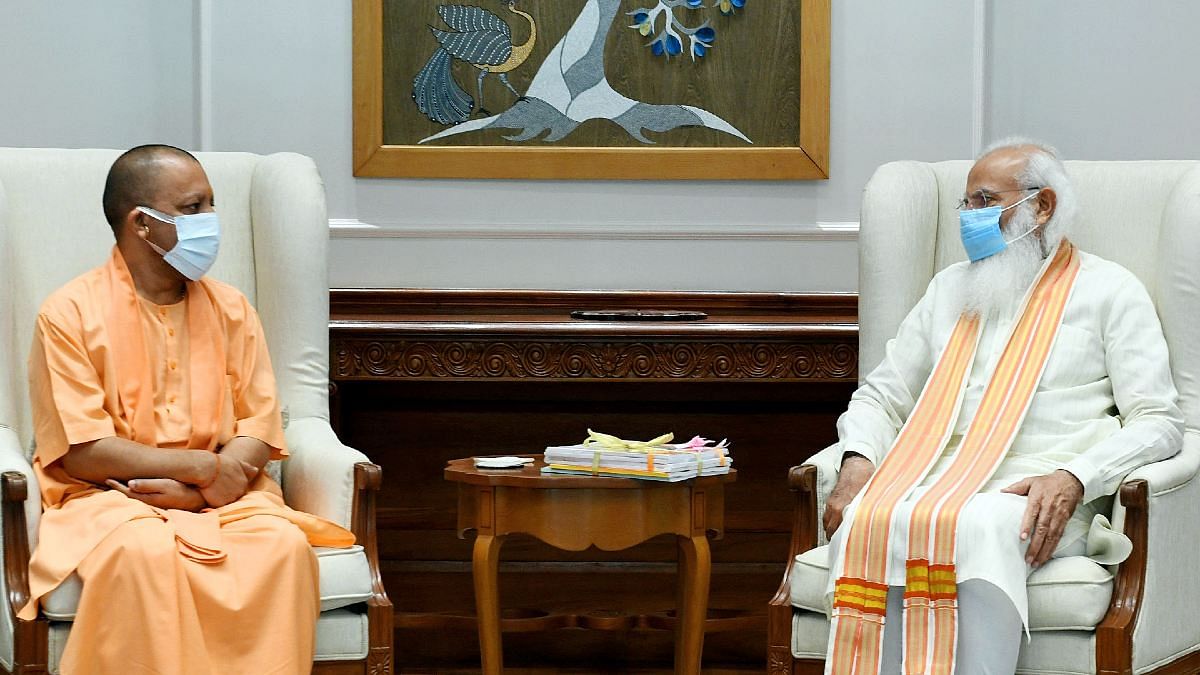 
On 11 July, which also marks World Population Day, Chief Minister of Uttar Pradesh, Yogi Adityanath, announced a draft Population Policy 2021-30 for his state, the most populous in India. The objective of the draft was “to align the state’s reproductive rate to its development goals and more specifically, to reduce the reproductive rate from the current 2.7% to 2.1% by 2026 and to 1.9% by 2030. The national average in 2020 was 2.2 per cent.

The trend across India over the past decade has been a steady decline in the reproductive rate with the southern states registering a more steep decline than the Hindi-speaking heartland in the north. Even if the objective is to reduce the rate in UP, what would be the best means of doing so? And what does this mean about the constant waving of India’s “demographic dividend”, that is its expanding population in the younger, economically productive age group? Are we now at the threshold of a Malthusian dystopia where runaway population growth is eating up the fruits of economic progress?

In the early years of the republic, population control was an accepted part of national policy. We all recall the slogan, “Hum Do, Hamare Do”, or “We are two and we have (only) two (children)”. Thanks to Sanjay Gandhi’s misplaced mass sterilisation campaign during the Emergency years (1975-77), population control became politically toxic. The new narrative that took hold was that limitation of population growth was a function of increase in incomes and a general rise in prosperity; that it was more closely related to the spread of education, but in particular female education, later marriages, and the expanded entry of women into the labour market. This conclusion was borne out not only by the experience of other developing economies but in the example of Kerala and Tamil Nadu in India itself, which enjoyed high literacy rates and relative greater female empowerment.

We then come to the post-economic reform and liberalisation phase, dating from the 1990s, when the narrative of “demographic dividend” took hold, where India’s growing population with a high proportion of young people, began to be projected as an asset, a valuable resource for ensuring accelerated rates of growth. It was argued that the mature economies of North America, Europe, and Japan were aging rapidly. Their ratio of young and productive persons to those old and dependent was diminishing. Their continued economic growth would require reaching out to the young populations still available in countries like China and India. Therefore, a large and growing population at the early phase of India’s growth was deemed to be a precious asset rather than a burden. So, population control did not make any sense.

Demographic dividend can be encashed only if the young and productive component of a country’s population can be gainfully employed. For this, it is also necessary to have sufficient capital for setting up labour-intensive industries and adopting policies that favour labour-intensive activities. The young population must be employable, which means higher literacy, appropriate skills and prospects for steady advancement. Other factors also become important such as the quality of manpower. This is dependent on access to health and education. If a large number of children are malnourished or their growth is stunted, then they will be less productive. India still has a few more years before its phase of potential demographic dividend comes to an end and the population begins to stabilise at around 1.6 billion by 2050. Unless the country gets back to a high-growth trajectory with a significant expansion in employment opportunities, we will end up in a low-income trap.

Also read: No govt job if you have over 2 kids, says draft UP population bill, sterilisation to earn reward

The Uttar Pradesh initiative raises several important issues. Is the draft policy a tacit admission that we have missed the bus on demographic dividend and that a larger population is only likely to increase the proportion of dependent population to the productive population in the country?

From available data, it would appear that there is still another decade when the demographic dividend may still be available to take advantage of, but then there must be policies to expand labour-intensive manufacturing and transform India into a base for low-labour-cost economic activity. This is what we saw at play earlier in China and now see unfolding in Vietnam and even next door in Bangladesh. Some of our current policies are going against this logic. The production-linked incentive or PLI scheme, for example, is putting massive amount of public money into promoting capital and technology intensive industries that have low employment potential. There should instead have been a major focus on promoting small and medium industry, even perhaps allowing space for the unorganised sector, which could generate higher employment per unit of capital invested.

Population control through State action did not work in India and is unlikely to do so now. In China, it was through the draconian implementation of a one-child policy, which may have succeeded in moderating population growth but that kind of inhumane State action is impermissible in a democracy. We should draw lessons from the Emergency period. Even if we regard a lower reproductive rate as desirable, what has proved to work are education, particularly for women and the expansion of female employment. Aiming for a higher rate of economic growth, which automatically reduces the reproductive rate, is a better proposition than hoping to raise economic growth through limiting population growth. The latter is a questionable assumption.

Some other aspects of the draft Policy are welcome. These include reduction in mortality rate among mothers and children, encouragement of longer spacing of births and promoting the overall health of mother and child. These should be essential elements of any sensible public health policy. We do not need a population control policy. We need a better public health policy, and a better education policy and above all a coherent economic strategy.

Shyam Saran is a former Foreign Secretary and a Senior Fellow CPR. Views are personal.