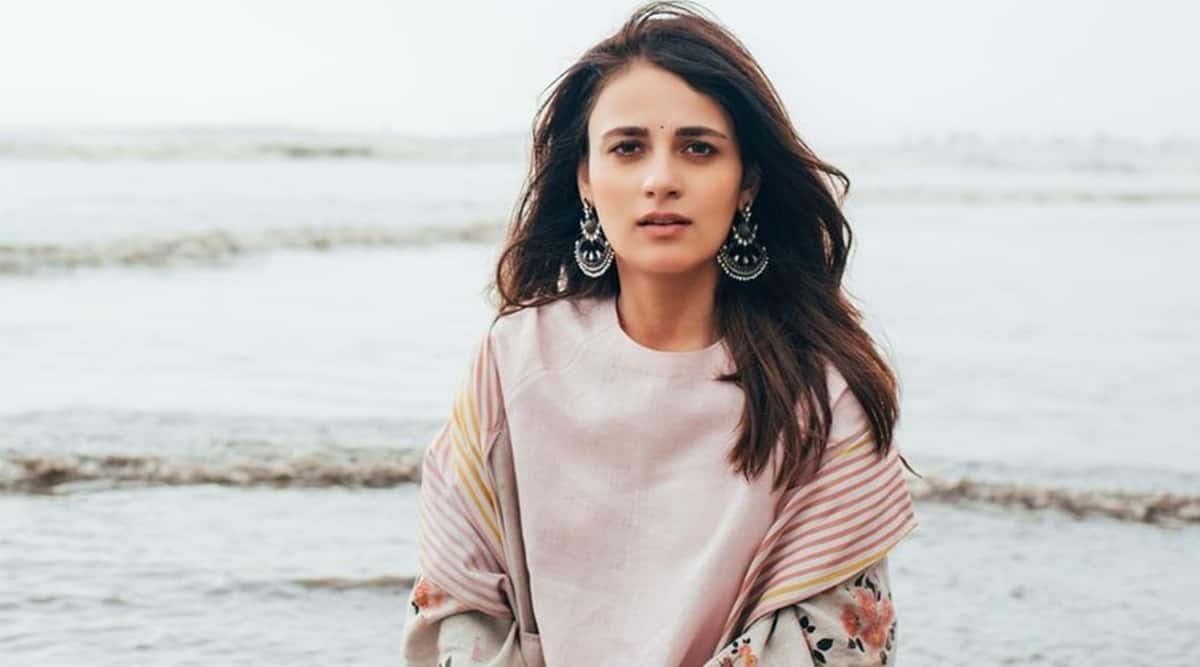 “What attracted me the most about her was her stature. To have that kind of power that I own the world, was a challenging thing. As an upcoming actor, I haven’t experience any of such emotions yet. So, to be that woman for those 2-3 days of shoot was really empowering,” Radhika told indianexpress.com.

Radhika’s Didi comes toward the end of the short to help Harsh Varrdhan’s Vik regain his lost confidence. In the process, she also reveals her journey from a vulnerable girl at an orphanage to acquiring the image of a godmother, to escape the male gaze and instead use it to her own benefit.

Though her Didi did remind us of Radhe Maa, Radhika revealed that her influence ended there. “I wanted to play her as Radhe Maa, copy her mannerisms, but Vasan sir refused. She was my inspiration to the extent of understanding her world. I did watch her videos, but Didi’s journey is different. I had to create my own body language because she was from UP, and I’ve never been there. It’s actually a story of self-belief and self-empowerment,” she shared.

Radhika, whose monologue uncovers a larger theme around misogyny in the society, reunited with Vasan Bala after Mard Ko Dard Nahi Hota (2019). She said she didn’t even read the script. “I will say yes to whatever he brings to me. I love him. He’s a magician, and believes in me so much.”

Speaking on teaming up with Harsh Varrdhan Kapoor for the first time, she shared, “He’s knowledgeable and a cinephile, not that clichéd Bollywood hero which you’ll expect him to be because of the tag attached to him. He’s paving his own path and he’s amazing in what he’s doing.”

Her upcoming Netflix anthology series of six short films, Feels Like Ishq, was a good change for her from the roles she’s played before. “I’ve always played characters which are layered and emotionally reckoning. Here, you’ll be seeing me in a fun vibe for the first time. It’s an easy-breezy fun comedy, and was a nice break for me,” Radhika shared, who is cast opposite Amol Parashar in the short titled Save The Da(y)te.

The actor has been part of half a dozen projects, ever since making a shift from television to films with Pataakha in 2018. She said tries to keep all her characters different. “It’ll just become cerebral if I’ll be choosing projects to fit the the bill and focus on my positioning and all. I don’t want to get sucked into that game and put myself in a box.”

But with so many platforms coming in, would the switch be easier for her today? “When I was transitioning, web series were just starting out. The only thing available was films and television, and I was condemned by my peers for taking that leap. My show was doing really well on television and I was being offered a lot of money. But I consciously made that decision to go into films. Yes, it was difficult as there weren’t as many opportunities that time,” Radhika shared.

She further revealed an instance from her TV show set when she decided to move to films. “I was discussing about my character that why she shouldn’t be reacting in a certain way. My director was pacing up and down, looking at his watch. He got irritated and told me that the day we make films, we’ll discuss a scene for three days, but not right now. That incident stuck with me so much, I just thought to myself, will I get the luxury of discussing a scene for three days? That was my only motivation. That day I decided I want to get into films, even if it meant starting from the beginning.”

Radhika, however, agrees that TV has given her a lot, and made her emotionally stronger. According to her, “TV prepares you for the worse. You shoot for 48 hours non-stop. If a film shoot gets extended, they apologise to you and you feel surprised. Plus, on TV, you get to perform so many emotions in a span of one year. Even if there is a monologue, you don’t get thrown off easily.”

One of Radhika’s most special films remains Angrezi Medium, where she played late Irrfan Khan’s onscreen daughter. Looking back at the memories, she said there were a lot of silent teachings from the ace actor. “We didn’t speak to each other a lot but he taught me so many things about the craft and life,  just by his actions, the way he was on set and the way he approached a scene. I was a nobody but the respect he gave me, I’m going to keep this for my entire life, and always going to treat people around me in the same manner, because he gave me that experience,” Radhika said on an emotional note.

She concluded by telling us about her upcoming “hardcore romantic film” Shiddat. “You’ll see me as a proper heroine. It’s a really different flavour and I’m really excited,” she signed off.