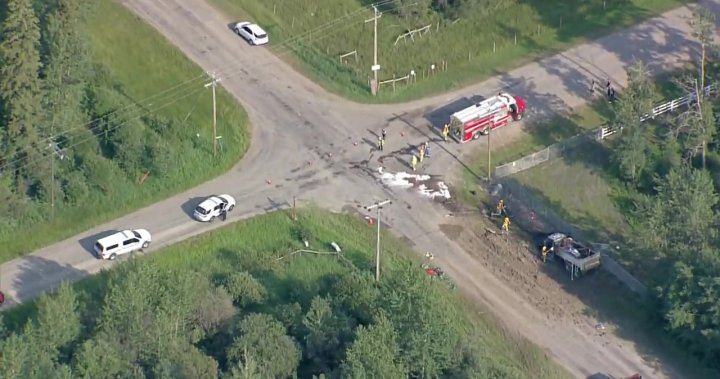 At least one person was seriously injured in a crash just west of Edmonton’s city limits on Tuesday afternoon.

RCMP said the crash happened just before 5 p.m. on Township Road 514, two kilometres east of Highway 60 near the intersection with Range Road 261.

Police said initial reports indicated a car and a gravel truck collided on the road in Parkland County. The heavily damaged vehicles could be seen in the ditch beside the intersection, which is controlled in two directions by stop signs.

Several fire crews were on scene, along with RCMP, and traffic was being detoured.