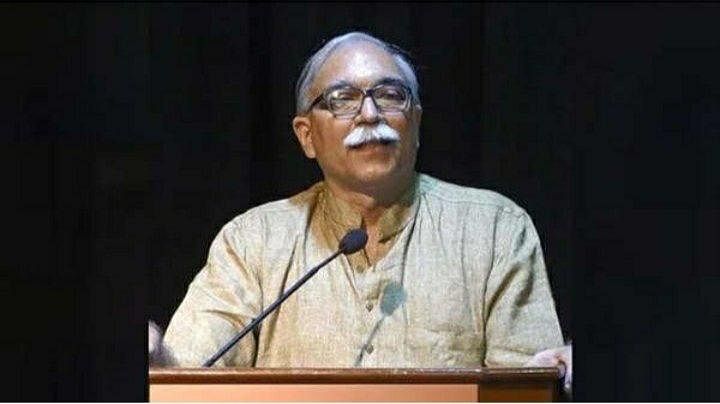 
New Delhi: In 2008, the then Congress-led government in Jammu and Kashmir, headed by senior leader Ghulam Nabi Azad, dissolved the Baba Amarnath Shrine Board and took control of it after the Amarnath land transfer issue led to major protests.

The decision faced stiff opposition and it soon turned into a mass movement against the government. Eventually, the decision was revoked and the Shrine Board was reinstated.

The government’s volte-face was prompted by sustained pressure from the BJP and the RSS units in J&K. At the heart of it, sources say, was Arun Kumar, 57, the RSS joint general secretary who Sunday was elevated as the Sangh’s coordinator with the BJP.

Kumar was then the RSS’ prant pracharak (state in-charge) for Jammu and Kashmir.

According to a Sangh functionary, he played an “effective and decisive role” in transforming that opposition into a mass movement. “He had displayed exemplary skills in Haryana. That was a starting point. And the success of the movement in Jammu and Kashmir made the Sangh leadership further realise the organisational ability of Kumar,” the functionary said.

Kumar’s rise has been decisive. He was the head of the RSS’ media and publicity cell (all India prachar pramukh), and in March this year, he was appointed as the joint general secretary, replacing Suresh Soni. And as the liaison now, he assumes a key political role in the RSS.

Kumar takes over from another joint general secretary, Krishna Gopal, who had held the charge since 2015. The decision was taken by the RSS in its Akhil Bharatiya Prant Prachar Baithak held in Chitrakoot, Madhya Pradesh.

According to sources, Kumar’s appointment assumes significance as it comes ahead of the assembly elections next year, including in Uttar Pradesh.

“The main function of the coordinator is to convey issues related to the country and society, and the Sangh’s point of view on them, to the BJP,” a second RSS functionary said. “It is also to make the top leadership of the Sangh aware of the BJP’s plan and functioning. The coordinator plays a crucial role in election work as well.”

For instance, Gopal’s predecessor was Suresh Soni, who many credit for playing a significant role in nominating Narendra Modi as the party’s prime ministerial candidate for the 2014 general elections.

Kumar is considered an expert on Jammu and Kashmir and issues related to internal security. His expertise is expected to firm up the BJP’s strategy in the region, especially amid speculation that the Modi government is looking to conduct elections in J&K.

“He initially worked in Haryana before being sent to Jammu and Kashmir as the state in-charge,” the second functionary said. “He had been pushing for doing away with Article 370 and 35A for several years and many credit his extensive work in J&K for prodding the government to abrogate them.”

A third RSS functionary said, “Given his experience in Jammu and Kashmir, and the way he played a crucial role in establishing the J&K Study Center, which helped counter the arguments that Article 370 could not be done away with, he will highlight Sangh’s views on key national issues with a special emphasis on J&K.”

A fourth functionary added that the study centre was crucial to J&K losing its special status. “The general public had a limited understanding of the Constitutional and legal aspects associated with this particular provision (Article 370). The center played a crucial role in bridging the gap,” the functionary said.

The study centre, often termed as the brainchild of Kumar and journalist-turned-researcher Ashutosh Bhatnagar, was started in 2012. It is headquartered in Delhi but has branches in J&K as well. The name of the organisation has now been changed to J&K-Ladakh Study Centre.

The man from Delhi

Kumar, who hails from Jhilmil in Delhi, began as a district pracharak of the Sangh in the national capital. He moved onto the role of vibhag pracharak of Haryana. After this, he was sent to Jammu and Kashmir.

Kumar, who has a mechanical engineering diploma (polytechnic) from G.B. Pant Institute of Technology in Delhi, also served as the sah sampark pramukh (joint media head) between 2013 and 2018. From 2018 onwards, he served as the akhil bharatiya prachar pramukh (national media head) before taking over as joint general secretary in March this year.

“During his tenure (as media head), interactions with local and international media also increased. At the same time, there is a book publishing division,” a fifth leader said. “During the anti-CAA and Delhi riots, a number of books were published to inform the people about the real situation. The social media presence of a number of senior functionaries of the RSS also increased,” the leader added.

“He is quite tech-savvy and is one of the few who has adapted himself to technology,” the fourth functionary said. “He has a good command over English and Hindi and has in-depth knowledge on issues pertaining to national security.”

The functionary further said that while Kumar is not aggressive, he is quite assertive.

“The kind of expansion the RSS’ prachar vibhag underwent in the past few years can be credited to his leadership,” he said. “The way the RSS has expanded its social media presence, the increased interaction with the media, are all something he played a crucial role in.”

Those who have worked closely with Kumar say he is a voracious reader.

“Reading is important for him and he makes it a point to carry his tab to read books online. Many in his age find it difficult to adapt themselves to technology but he is always enthusiastic about learning new things,” said an RSS source. “Though he is very pragmatic, at the same time he will not compromise with the core ideology that the Sangh and he believe in.”