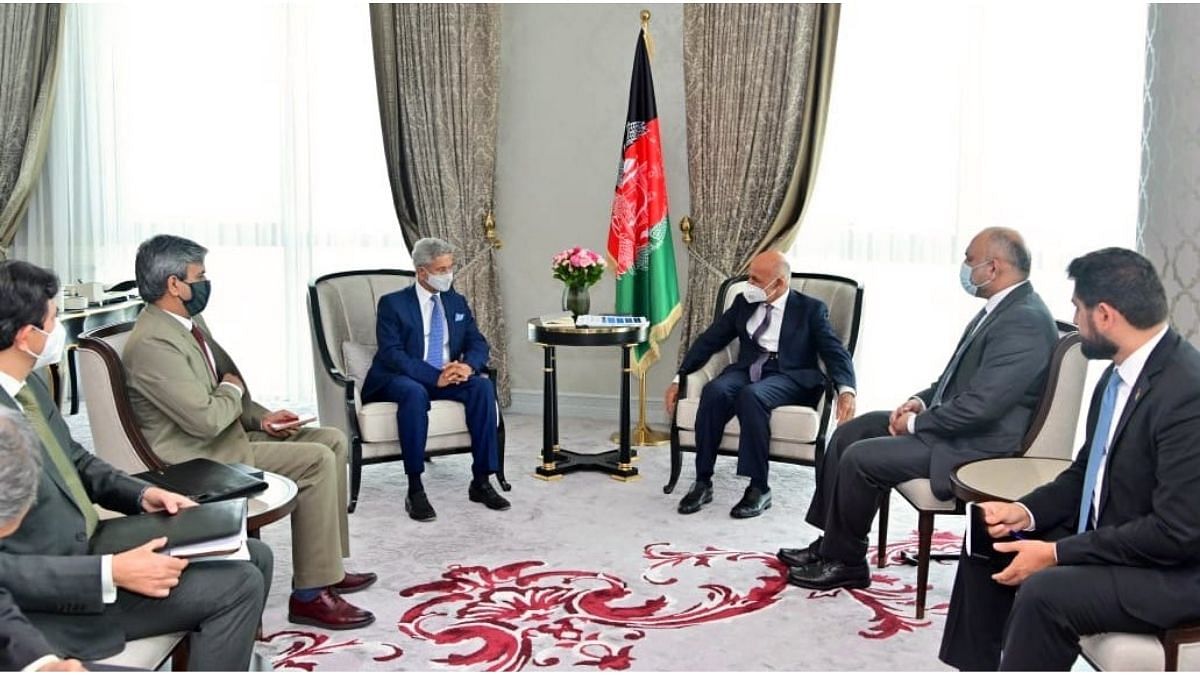 
New Delhi: Amid heightened tensions due to the Taliban gaining vast territories in Afghanistan, External Affairs Minister S. Jaishankar Thursday assured President Ashraf Ghani of New Delhi’s “support” when they met in Uzbekistan’s Tashkent, on the margins of a conference.

Jaishankar, who reached Tashkent Thursday after a two-day trip to Dushanbe in Tajikistan, also met Zalmay Khalilzad, US Special Representative for Afghanistan Reconciliation.

“Pleased to call on President @ashrafghani. Discussed the current situation in and around Afghanistan. Reiterated our support for peace, stability and development of Afghanistan,” Jaishankar tweeted Thursday.

Pleased to call on President @ashrafghani. Discussed the current situation in and around Afghanistan. Reiterated our support for peace, stability and development of Afghanistan. pic.twitter.com/heTlL9KwaQ

In the meeting, Jaishankar also met Liz Sherwood-Randall, Homeland Security Advisor of the White House, who had accompanied Khalilzad.

“Pleased to meet Dy NSA Elizabeth Sherwood-Randall @LSRTweets and US Special Representative Zalmay Khalilzad @US4AfghanPeace. Exchanged views on the evolving situation in Afghanistan,” he said, in another tweet.

This was the first time Jaishankar met both Ghani and Khalilzad after the Afghan President’s visit to the US last month.

Ghani had met President Joe Biden along with Afghanistan’s key peace and reconciliation leader Abdullah Abdullah on their visit on 25 June.

It was after this meeting that Biden announced the withdrawal of the US troops from Afghanistan by 31 August.

Ghani and Jaishankar are attending a two-day conference, titled ‘The International Conference on Central and South Asia Regional Connectivity, Challenges and Opportunities’, in Uzbekistan, that also has Pakistan Prime Minister Imran Khan in attendance.

New Delhi’s role in Afghanistan discussed by Jaishankar and Ghani

According to sources, Jaishankar and Ghani discussed the role that New Delhi will be playing as a “key stakeholder” in Afghanistan even as China is seen to be gearing up to play a dominant role there.

Besides China, Turkey and Russia have also begun to chalk out their respective roles as regional players.

The meeting is expected to restart the intra-Afghan talks, said another source.

On Wednesday, former US President George W. Bush, who began the war in Afghanistan after the 9/11 attack, said that the withdrawal of US troops is a “mistake” and Afghan women will “suffer unspeakable harm”.

Also read: Why US pullout from Afghanistan has Indian security forces worried about Kashmir