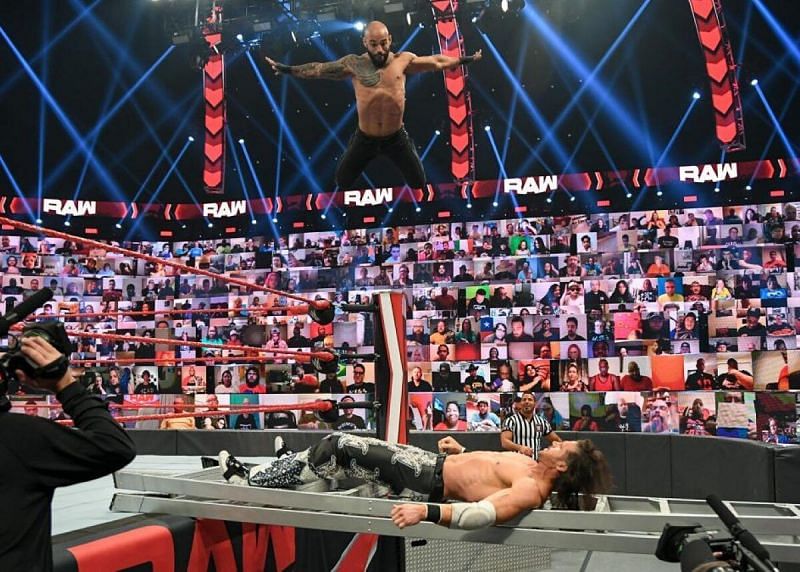 WWE RAW sent the ThunderDome era out in style on Monday night with some entertaining matches and a few upset victories. But did any of that help them rebound from last week’s terrible viewership numbers?

According to Brandon Thurston of Wrestlenomics, this week’s edition of WWE RAW brought in 1.609 million viewers, which is way up from last week’s 1.472 million. With this being the last episode of RAW inside the ThunderDome and the brand’s go-home show for Money in the Bank, this is a very nice number compared to recent weeks.

WWE RAW faced no stiff competition on Monday night compared to previous weeks as the NBA Finals didn’t have a game that evening.

It was the final major WWE broadcast from the Thunderdome. Fans will be at full capacity for Smackdown in Houston this Fri.

When it comes to the all-important 18-49 demo, WWE RAW also saw an increase from 0.41 to 0.43. With both the demo and viewership rising this week, WWE is probably feeling pretty good with the fans returning this Friday for SmackDown.

With the ThunderDome now in WWE’s rearview mirror and the NBA Finals nearing its conclusion, RAW and SmackDown should benefit from an increase in viewership over the next couple of months before the new NFL season begins.

RAW opened this week with WWE Champion Bobby Lashley taking on Xavier Woods of The New Day just six days away from his title defense against Kofi Kingston.

Ricochet and John Morrison had an incredible Falls Count Anywhere match that saw the former gain so much-needed momentum heading into MITB.

The main event of the show saw Lashley as a guest on MVP’s VIP Lounge to set up a more serious All Mighty heading into Money in the Bank.

What did you think of WWE RAW this week? What was your favorite match or segment? Let us know your thoughts by sounding off in the comments section below.

Biggest wrestling fan? Connect with us virtually to discuss your love for wrestling. Register now