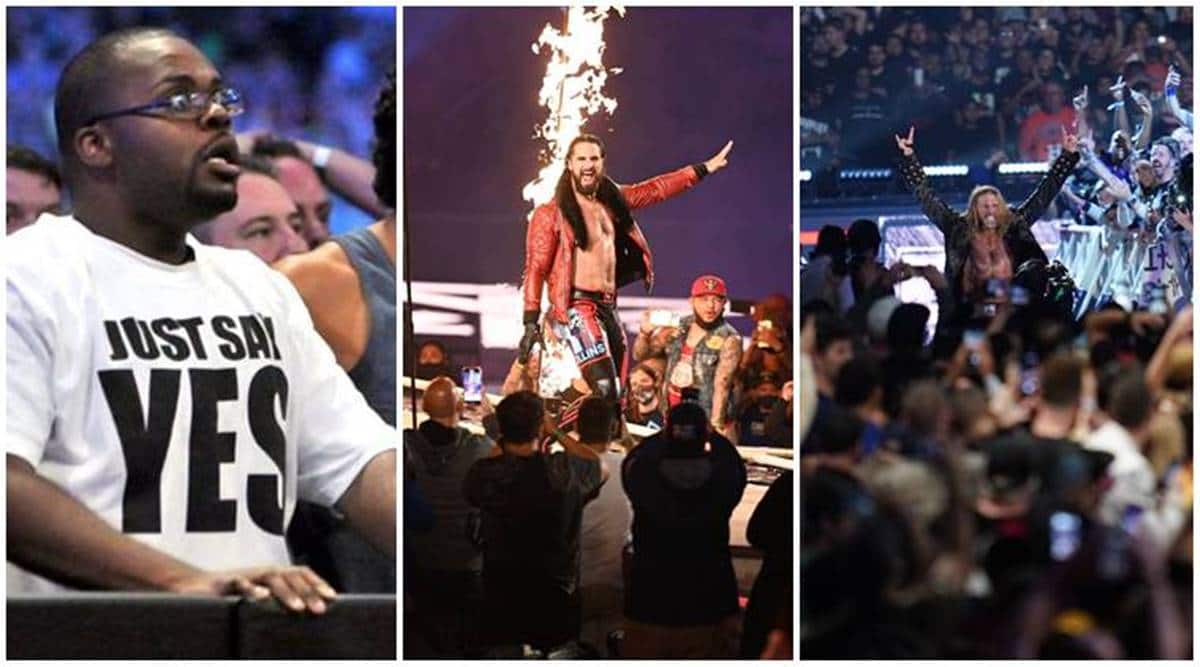 After a fabulous weekend of sports comprising the Wimbledon, Copa, and the Euro finals, WWE is all set to welcome its fans this weekend.

Fans will return for the very first time post the pandemic to the SmackDown on 16th July, Friday (17th in IST).

Stephanie Mcmahon, chief brand officer of WWE, shared her excitement and said that fans bring undeniable energy and aura to the WWE arena that is irreplaceable.

“For over a year and a half, WWE has been missing the lifeblood of our shows, our fans,” she said in a statement.

“No matter how hard we tried, never going off the air and continuing to produce our live content; investing in new technologies and bringing nearly one million people around the world into our shows virtually, it just wasn’t the same.”

“We were missing our soundtrack, missing the shared experience, missing the visceral and emotional reaction that makes every bump and bruise worth it,” said Stephanie McMahon in a statement released,” she added.

For over a year and a half, we have waited. This weekend, we once again welcome the @WWE Universe back! #SmackDown #MITB #WWERaw pic.twitter.com/Q1GGhLhqRD

But as always, a picture speaks a thousand words. Here are some of the best fan images from past WWE PPVs and events that truly show the euphoria and fandom that comes with standing in the live arena.

RAW November 2016 – Charlotte Flair at Glasgow For a brief period, the crowd at the SSE Hydro in Glasgow, managed to take control of the show. This happened during a segment when all five members of the brand’s team in the women’s traditional tag-team match at the Survivor Series, came together in the same ring. Charlotte Flair engaged in a war of words with the audience as she was in the middle of her segment on RAW, when fans steered in another direction. Since Bayley was the overwhelming crowd favourite, the fans kept chanting her name, during the segment.

An end to The Undertaker’s winning streak – In a surprising turn of events, legendary star The Undertaker, suffered a blowing end to his successful WrestleMania winning streak that rendered shock waves amid fans and startled them to a great extent as many had a perception that his triumphant victories would never be broken. Brock Lesnar brought an alarming end to the iconic winning streak at one of the largest PPV’s of the year – The Undertaker had won 21 matches in the past. Fans were in a state of despair and left shocked at his defeat.

The overwhelming defeat of Randy Orton at the hands of Jinder Mahal- The 2017 WWE Backlash saw the underdog Jinder Mahal clinch victory against Orton who repeatedly made reference to the titles he has won in the past. A fired-up Mahal engaged in a heated brawl with Orton as the match gained momentum. Mixed reactions were received by fans as they quickly took to twitter to express their shock, fury and praises at this instance. A stunning display of moves by the Maharaja to overthrow Orton certainly had the fans divided with their opinions.

The Astonishing Return of Hall of Famer Edge at Royal Rumble 2020- Edge made a surprising return to the arena after 9 years as he graced the Royal Rumble with his powerful presence. Fans were hysterical and delighted to see the beloved star enter the ring and eliminate Randy Orton and AJ styles among a few competitors. His action – packed return had a major impact on fans as they turned to social media to express their shock upon seeing him.

Edge made a surprising return to the arena. (Source: WWE)