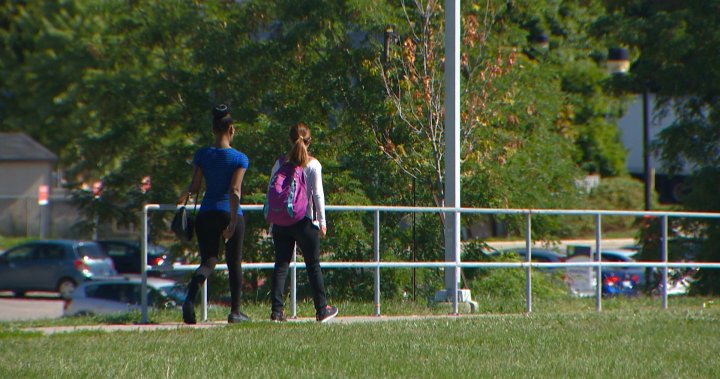 When it comes to whether or not COVID-19 vaccinations should be mandatory at post-secondary institutions, KFL&A Public Health’s interim medical officer of health Dr. Hugh Guan says it’s not his call to make.

“Those are decisions made that are made by the post-secondary institutions themselves,” said Guan.

Following a recent announcement that vaccines would be mandatory in order to attend in-person classes at some colleges and universities like Seneca college in Toronto, Queen’s University and St. Lawrence College have opted not to follow suit.

“To support access to vaccines, plans are underway to host an on-campus vaccination clinic in early September that will be available to all students who need their first, or second dose, including international students,” the statement read in part.

Queen’s University vice-principal academic Mark Green told global Kingston roughly 97 per cent of students who applied for residence have indicated that they would either arrive fully vaccinated, or take the steps to become so.

“We’re encouraging folks to get vaccines, all of my correspondence talks about the benefits of vaccines. It’s on our website, it’s on our social media,” said Vollebregt.

“At this stage, no, we are not making vaccines mandatory to come to the college.”

Vollebregt also noted that post secondary institutions like Seneca College, where vaccinations are mandatory, are located in COVID-19 hotspots.

“Seneca is in a different area, Seneca has 40,000 students.” said Vollebregt. “We’re in Eastern Ontario and it’s been a different region for us as an institution.”

Dr. Guan says a move to mandatory vaccinations at post-secondary institutions that would involve KFL&A Public Health would have to come through guidance from the provincial government.