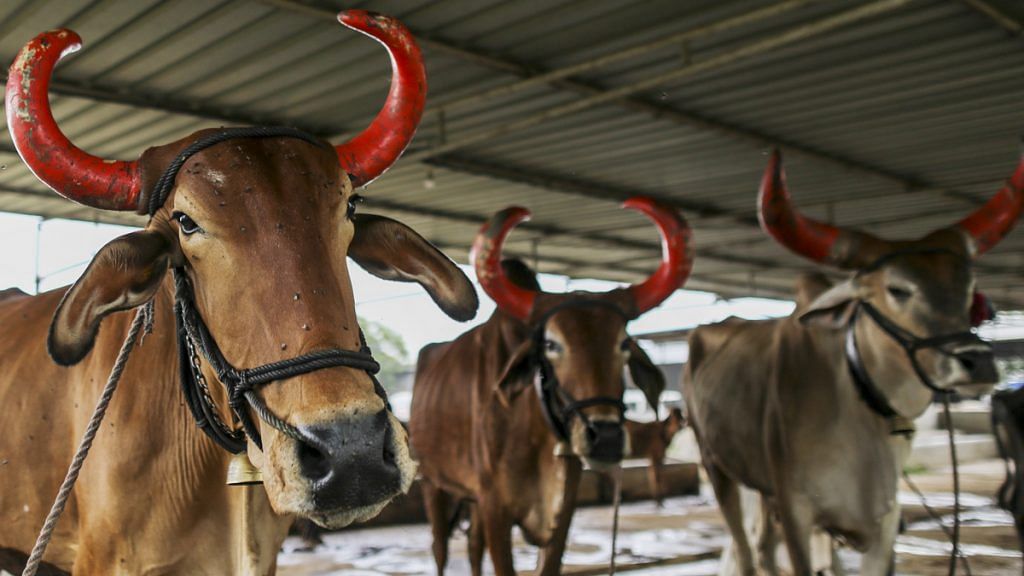 
Srinagar: Authorities in Jammu and Kashmir have sought a ban on illegal killing of cows and camels on the occasion of Eid-ul-Adha in the Union territory scheduled next week.

In a communication addressed to the divisional commissioners and IGPs of Jammu as well as Kashmir, the J-K Animal/Sheep Husbandry and Fisheries department has called for banning slaughter of cows, calves, and camels on the occasion of the Muslim festival during which sacrificing sheep, cows, calves and camels is an important ritual.

Director Planning, J-K Animal/Sheep Husbandry and Fisheries Department, while citing an official letter dated June 25 from the Animal Welfare Board of India, Union Ministry of Fisheries, Animal Husbandry & Dairying, said a large numbers of sacrificial animals are likely to be slaughtered in the UT during Bakrid festival scheduled from July 21-23.

The Animal Welfare Board of India, in view of animal welfare has requested for implementation of all precautionary measures to strictly implement the Animal Welfare Laws viz. Prevention of Cruelty to Animals Act, 1960; Transport of Animal Welfare Rules, 1978; Transport of Animals (Amendment) Rules, 2001; Slaughter House Rules, 2001; Municipal Laws & Food Safety & Standards Authority of India directions for slaughtering of animals (under which camels cannot be slaughtered) during the festival, the communication reads.

The Director said he has been given directions to request you to take all preventive measures as per the provisions of acts & rules referred above for implementation of the animal welfare laws, to stop illegal killing of animals & to take stringent action against the offenders violating animal welfare laws .

Reacting to the development, Muttahida Majlis-e-Ulema (MMU), an amalgam of several religious organisations in Jammu and Kashmir, expressed strong resentment on Friday against the ban, calling it a direct infringement of religious freedom.

All the constituent members of the MMU — which is headed by Hurriyat Conference chairman Mirwaiz Umar Farooq — in a joint statement expressed strong resentment against the Government’s ban on the sacrifice of bovine animals on the occasion of Eid-ul-Adha, a statement issued by the amalgam here said.

The MMU said it is surprised that the sacrifice of bovine animals on the religious occasion of Eid is being termed illegal and disallowed under the garb of prevention of cruelty to animals.

The sacrifice of permitted animals – including bovines – on Eid-ul-Adha in the way of Almighty Allah, is precisely the reason for its celebration. Hence, it is an important tenet of religion on this day and a duty upon persons on whom it is obligatory,” it said.

The statement said a Muslim has to refrain from any kind of negligence in performing this act of worship.

So why are Muslims being restricted by the government in performing their religious obligation? the MMU asked.

The organisation said the government should desist from issuing such arbitrary orders that are unacceptable to Muslims of the state as they directly infringe upon their religious freedom and their personal law, causing them great anguish .

The MMU urged the government to immediately revoke the “arbitrary and discriminatory order and let the people of Kashmir celebrate Eid in keeping with its religious obligations and festival spirit.

The statement said the MMU will convene an urgent meeting of its key constituents and leading Muftis of J-K on Sunday at the residence of J-K’s grand Mufti Nasir-ul-Islam and inform the people accordingly.