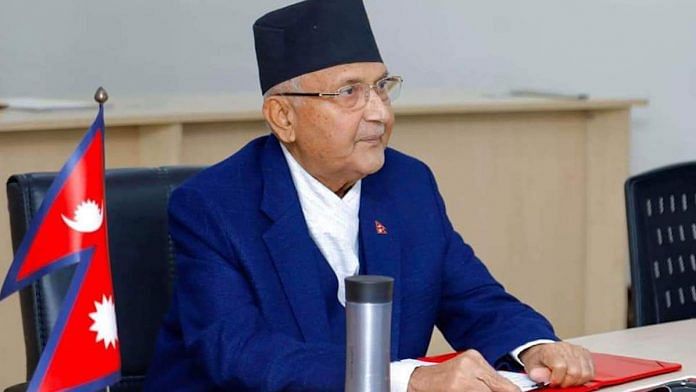 
Kathmandu: The CPN-UML’s faction led by ousted former prime minister K P Sharma Oli on Friday decided to vote against newly-appointed Nepal Prime Minister Sher Bahadur Deuba when he seeks a vote of confidence in the House of Representatives.

This was decided at a standing committee meeting of the party held in Kathmandu. It also decided to remain in the Opposition bench in Parliament, according to a statement issued by the party.

The UML (Unified Marxist Leninist) dissident leaders are likely to vote in favour of Deuba during the vote of confidence. UML’s support will be crucial for the survival of Prime Minister Deuba.

Nepal commands 23 UML Lawmakers, who put their signatures when Deuba staked claim for premiership before the President Bidya Devi Bhandari a couple of months ago.

A five-member Constitutional Bench of the Supreme Court led by Chief Justice Cholendra Shumsher Rana on Monday reinstated the dissolved House of Representatives for a second time in five months.

The bench issued a mandamus to appoint then 75-year-old Opposition Leader and Nepali Congress chief Deuba as the Prime Minister and also ordered a new session of the House of Representatives on July 18.

Deuba took the oath of office and secrecy on July 13 along with four new ministers – two each from Nepali Congress and CPN-Maoist Centre.

He has replaced 69-year-old Oli, who has accused the apex court of “deliberately” passing the verdict in favour of the Opposition parties.

Deuba is required to seek a vote of confidence from the House of Representatives within 30 days of his appointment as the Prime Minister, as per the constitutional provisions by August 12.

He needs 136 votes in the 275-member lower house as there are only 271 members presently. His party has only 61 seats in the House.

Deuba has intensified talks with leaders of various political parties to secure his position when he seeks a vote of confidence in the Parliament.

On Wednesday, Deuba went to the residence of dissident leader of CPN-UML Nepal at Koteshwor on the outskirts of Kathmandu to seek his support. -PTI