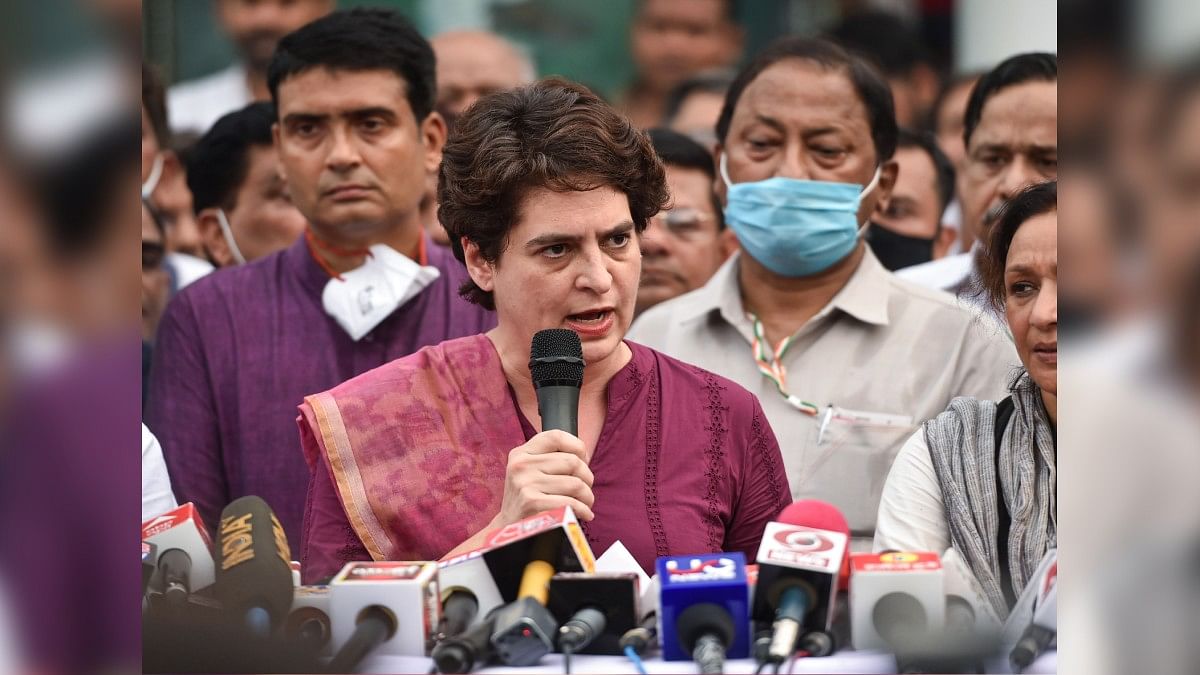 
Lucknow: Congress general secretary Priyanka Gandhi Vadra arrived here on a two-day election-preparation visit to a rousing reception by party workers, and started with a silent protest before a Mahatma Gandhi statue against the BJP government in the state.

The party’s Uttar Pradesh in-charge reached Lucknow’s Chaudhary Charan Singh Airport in the afternoon and moved in a procession through the main roads of the state capital to the Hazratganj GPO Park Gandhi statue and garlanded it.

After that, she sat on a silent protest before the statue against the Yogi Adityanath-led BJP government in the state. She was joined by her party leaders including state Congress president Ajay Kumar Lallu.

Lallu said, “Woman are not safe in the state. Priyankaji is sitting on a maun vrat (silent protest) at the feet of Mahatma Gandhi for ending this jungle raj and to uproot this dictatorial government.”

“The party national general secretary is sitting on the maun vrat against the sad state of affairs in the state,” Misra said.

Priyanka Gandhi’s visit to the state comes as it prepares for the Assembly polls early next year. She faces an uphill task of reviving the party to a position of strength in the politically crucial state where the Congress was relegated to margins in the 2017 polls, swept by the BJP.

As she moved through the roads of the city after her arrival at the airport, Congress workers warmly welcomed her, showering flower petals at various places.

He said she will hold a meeting with the state executive, office-bearers and district and city unit presidents on Friday at the Congress officer. After that, she will also meet with various farmer organisations.

Priyanka Gandhi will also meet the block Congress presidents of Amethi and Rae Bareli on Saturday, the second day of her tour, and hold a meeting with the office-bearers of the ‘Berozgar Manch’, a body representing the unemployed.

She will also hold a meeting with former MPs, ex-MLAs, former district and city presidents and former heads of frontal organisations and departments and members of zila panchayats and block heads.

She is scheduled to return to Delhi Saturday evening, Singh added. –PTI