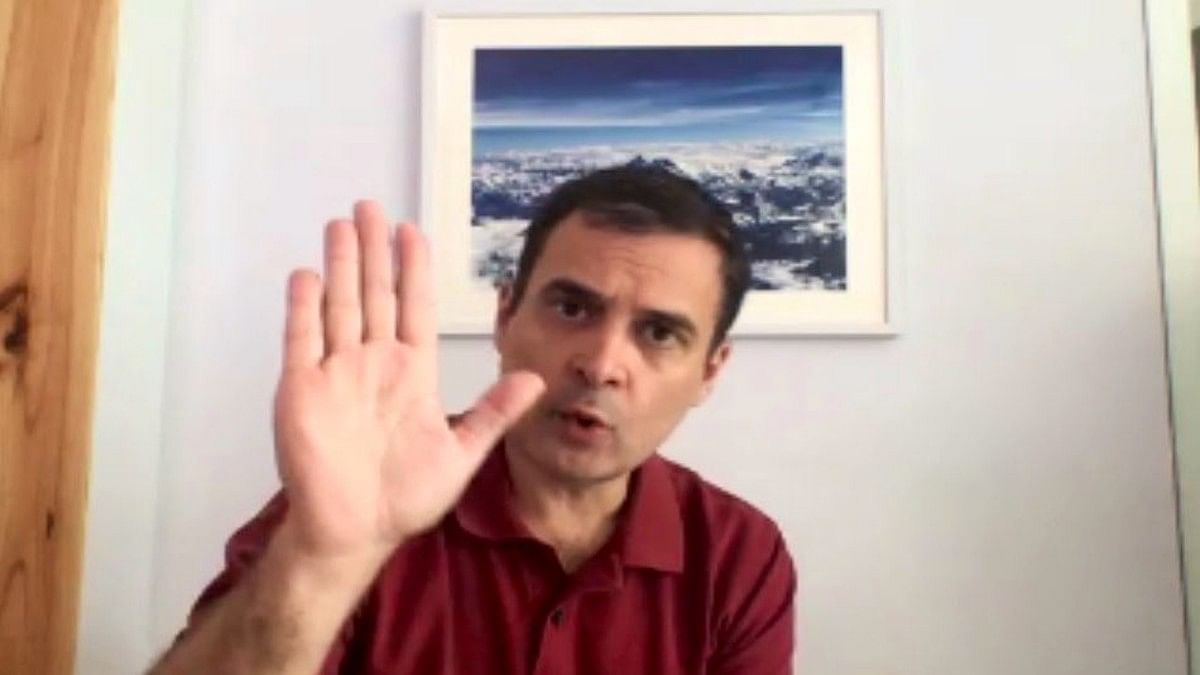 
New Delhi: In another potshot at Jyotiraditya Scindia, Congress leader Rahul Gandhi said the latter had “joined the Rashtriya Swayamsevak Sangh (RSS)” because he “got scared of losing his money and palace.”

Gandhi’s remark came Friday during an interaction with the Congress’ social media department.

“He was talking about how anyone who is against the RSS’ ideology is a Congressman. And how as a Congressman, you don’t have to fear anything. If you fear something, then you don’t belong to the Congress,” a senior member of the Congress’ social media department present in the meeting told ThePrint.

This is when Rahul Gandhi took Scindia’s name and talked about how “he got scared.”

The source quoted Gandhi as saying: “Scindia ji must have got scared of losing his palace and money. He felt threatened…so he joined the RSS. Congress doesn’t need people who are scared.”

Over 300 members and volunteers of the party’s social media department were present in the meeting.

At the meeting, Gandhi also tried to lead by example by putting up his hand to show the Congress’ symbol, and reminding party workers that it means “daro mat” (Don’t be scared). “There will be a lot of attempts to scare you and intimidate you, but remember this symbol, and remember you can’t be scared,” he said.

This is not the first time Gandhi has taken a potshot at Scindia since the latter quit Congress to join the BJP. In a meeting with the Congress’ youth wing, Gandhi had reportedly said that Scindia “would have become the Chief Minister had he stayed with Congress but has become a backbencher in the BJP.”

To this, Scindia had reacted publicly saying that things “would have been different had Rahul Gandhi been concerned the same way as he is now, when I was in the Congress.”

Scindia, a Congressman for over 19 years, quit the party in March 2020 along with over 20 of his supporting MLAs, triggering the collapse of the party’s Kamal Nath government and the return of the BJP in Madhya Pradesh.

He was inducted into Modi’s cabinet as India’s new civil aviation minister during the recent reshuffle.