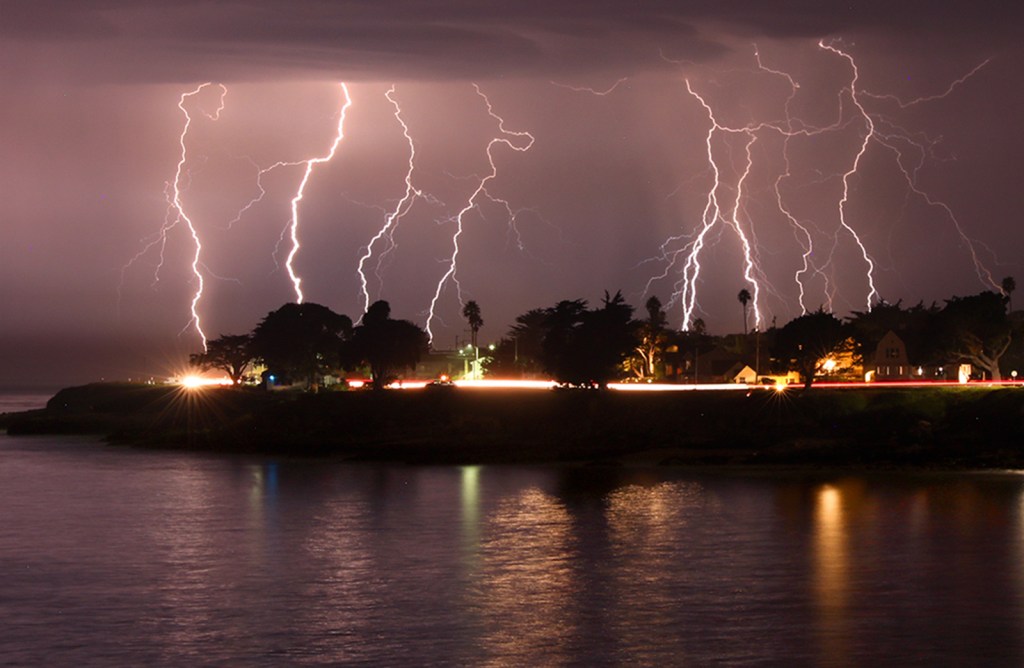 A surge of monsoonal moisture could bring thunderstorms and a chance of dry lightning to the Bay Area on Sunday or Monday, according to the National Weather Service.

While lightning strikes could spark new wildfires, forecasters are not anticipating a repeat of a monsoonal event last summer that triggered a series of devastating blazes throughout the region.

“This is nothing like the 2020 August event,” said Drew Peterson, a meteorologist with the National Weather Service. “It is possible we could see new fire starts if we do get those lightning strikes. However, we don’t have the same antecedent conditions.”

More specifically, it was hot and dry during the event last summer, which made it easier for fires to start and spread, said Peterson, adding that Tropical Storm Fausto also played a role.

“Yes, we are in a drought and the fuels are dry; however, we are in July and we’ve had a marine layer on the coast almost every single day,” Peterson said. “That’s brought drizzle and cooler temperatures that would make it harder for fires to start along the coast. And we are not expecting a massive burst of heat or dry conditions when we get that lightning.”

Monsoonal events typically impact the Bay Area every two to three years, Peterson said. They occur when a high-pressure system builds over the Four Corners area, where Arizona, Colorado, New Mexico and Utah meet. The system rotates clockwise over the Gulf of Mexico, northern Mexico, Arizona, New Mexico and southern Texas, and sometimes there’s enough moisture for it to reach into California.

“What we’re facing is just one of these cyclical-type monsoonal events that may generate isolated but potentially scattered high-based thunderstorms,” Peterson said. “And with that, we could see on the order of one to 20 lightning strikes. It could be more or we could see none.”

Peterson said he wouldn’t be surprised if lightning strikes touch off fires, but absent the hot and dry conditions that prevailed during the event last summer, they won’t spread as rapidly.

The forecast was still being fine-tuned as of Thursday evening, and Peterson said the weather service would have a better idea of what to expect in the coming days by Friday.

Check back for updates.