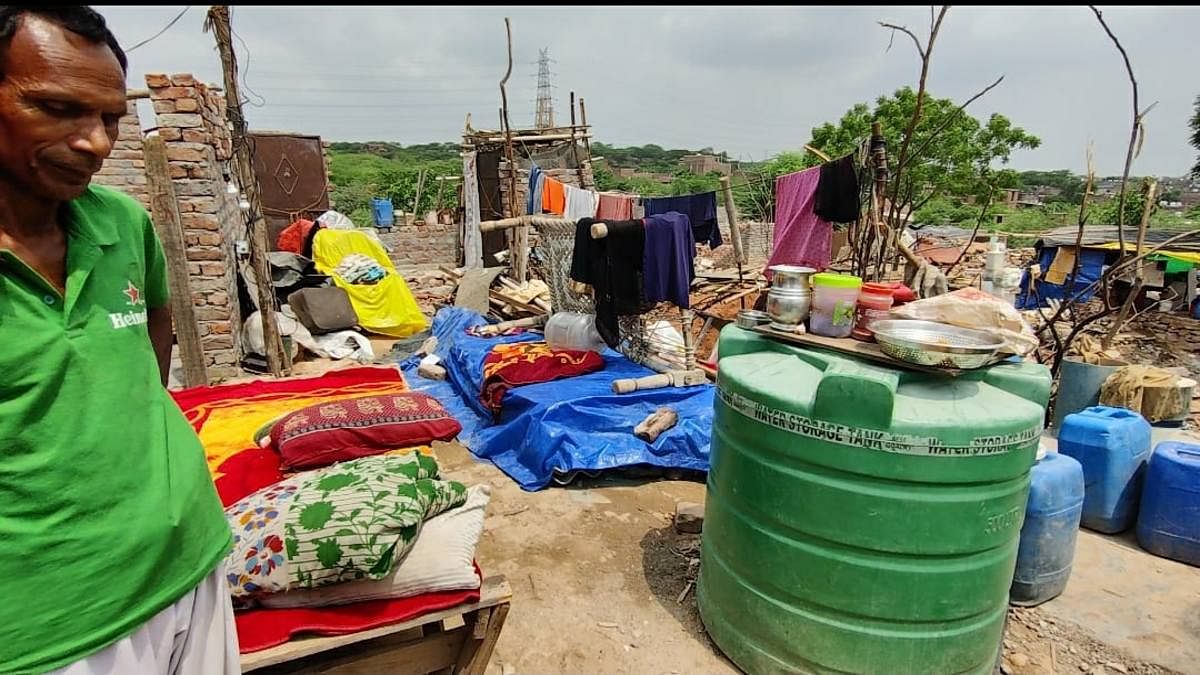 
United Nations: UN human rights experts on Friday called on India to halt the eviction of about 100,000 people in Khori Gaon in Faridabad, saying it is particularly important to keep residents safe during the pandemic and terming the Supreme Court’s removal order as “extremely worrying .

Last month, the Supreme Court directed Haryana and the Faridabad municipal corporation to remove “all encroachments” consisting of around 10,000 residential constructions in the Aravali forest area near the village, asserting that the “land grabbers cannot take refuge of rule of law” and talk of “fairness”.

A vacation bench of justices A M Khanwilkar and Dinesh Maheshwari sought a compliance report from the state government’s officials after removing all encroachments from forest land near Lakarpur Khori village in Faridabad district within six weeks.

The UN human rights experts called on India to halt the evictions of some 100,000 people – including 20,000 children – that began this week in the midst of monsoon rains.

“We appeal to the Indian government to respect its own laws and its own goal of eliminating homelessness by 2022 and to spare homes of 100,000 people who mostly come from the minority and marginalised communities. It is particularly important that residents be kept safe during the pandemic, they said in a statement.

The experts said the residents have already been hard hit by the COVID-19 pandemic, and the eviction order would put them at greater risk and bring even more hardship to some 20,000 children many of whom may remain out of school – and 5,000 pregnant or breastfeeding women.

We find it extremely worrying that India’s highest court, which has in the past led the protection of housing rights, is now leading evictions placing people at the risk of internal displacement and even homelessness, as is the case in Khori Gaon, they said.

The role of the Supreme Court is to uphold the laws and to interpret them in light of internationally recognised human rights standards, not to undermine them. In this case, the spirit and purpose of the Land Acquisition Act 2013, among other domestic legal requirements, have not been met, they said.

The UN experts noted that residents challenging the evictions received a severe setback when the Supreme Court last month ordered the complete removal of the settlement by July 19.

They said the lockdowns imposed during the pandemic have made it difficult for settlement residents to earn a living, and they are suffering psychologically as a result of the eviction threat.

The statement, issued by the Office of the United Nations High Commissioner for Human Rights, said that water and electricity were cut off several weeks ago and “human rights defenders and residents who organised protests say they have been beaten by police and arbitrarily detained.”

We call on India to urgently review its plans for razing Khori Gaon and to consider regularizing the settlement so as not to leave anyone homeless. No one should be forcibly evicted without adequate and timely compensation and redress, they said.

They urged India, currently a member of the Human Rights Council, to “ensure that its policies and practices fully comply with international human rights standards governing relocations, evictions, and internal displacement especially on government’s own land.

It is especially important that this act of mass displacement does not happen during the pandemic, they said.