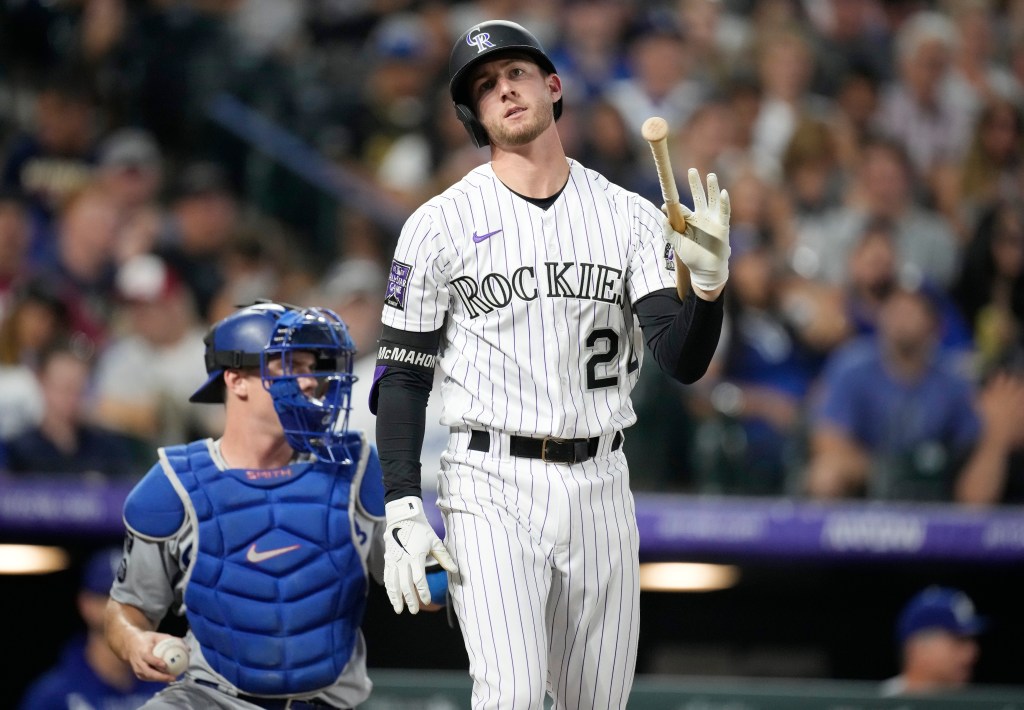 The gulf separating the Rockies and the Dodgers is huge.

The Dodgers proved it again Friday night at Coors Field, romping to a 10-4 victory in front of 44,251 fans — many of them wearing Dodger blue.

Colorado has been very good at home, entering Friday’s game with a 31-17 record at Coors, including an 18-5 mark since May 21. Plus, the Rockies were 6-1 during their final homestand before the all-star break when their starters posted a 1.57 ERA.

But none of that mattered a lick to the defending World Series champion Dodgers. They regularly whip the Rockies, be it in Los Angeles or LoDo.

“The little things are super important against these guys, especially (throwing) strike one and staying ahead of them,” said Rockies starter Chi Chi Gonzalez, who was rocked for seven runs on nine hits in four innings and saw his ERA rise to 5.99. “You just have to keep them off-balance and I couldn’t do that today. I didn’t have a good feel for my breaking pitches.”

The Rockies opened the season with a victory over the Dodgers at Coors, but since then, the Dodgers have won seven straight and are 15-3 in their last 18 games against Colorado. Since the beginning of the 2018 season, the Dodgers own a 42-15 advantage.

Those who stuck around the ballpark long enough got to witness a milestone moment in the Dodgers’ ninth. Albert Pujols, 41, rocketed a pinch-hit single off of 25-year-old Rockies lefty Lucas Gilbreath. It was career hit No. 3,284 for Pujols, moving him past Willie Mays for 11th in major-league history.

The one shining moment for the Rockies was first baseman C.J. Cron’s grand slam off lefty Julio Urias in the third, a 465-foot blast to left-center that cut L.A.’s lead to 5-4. Cron, the subject of trade speculation, has hit four career grand slams, including two this season.

“It was a first-pitch heater, kind of down and in,” Cron said of his grand slam. “I just dropped the (bat) head on it and fortunately it went out.”

The Rockies did little offensively after that. They put two runners on in the seventh against reliever Phil Bickford, but pinch-hitter Raimel Tapia grounded into a double play, ending the would-be rally.

The Dodgers lit into Gonzalez from the get-go and he gave up the most runs by a Rockies starting pitcher at home since he allowed six runs to the Brewers on June 20.

Mookie Betts led off the game with a double, then Gonzalez hit Justin Turner and walked Will Smith to load the bases. Cody Bellinger made Gonzalez pay with a two-run double and Chris Taylor rubbed it in with a three-run homer. Taylor ambushed Gonzalez’s 1-1, 87 mph slider.

Gonzalez was originally scheduled to pitch Saturday’s game, but when starter Antonio Senzatela was placed on the injured list Friday because of the COVID-19 protocols, Gonzalez was moved up a day. He said moving up a day didn’t affect him.

L.A. tacked on three runs in the fifth against side-armed right-hander Justin Lawrence. His three walks set him up for failure, and the Dodgers cashed in with a sacrifice fly by Mookie Betts and a two-run single by Will Smith.