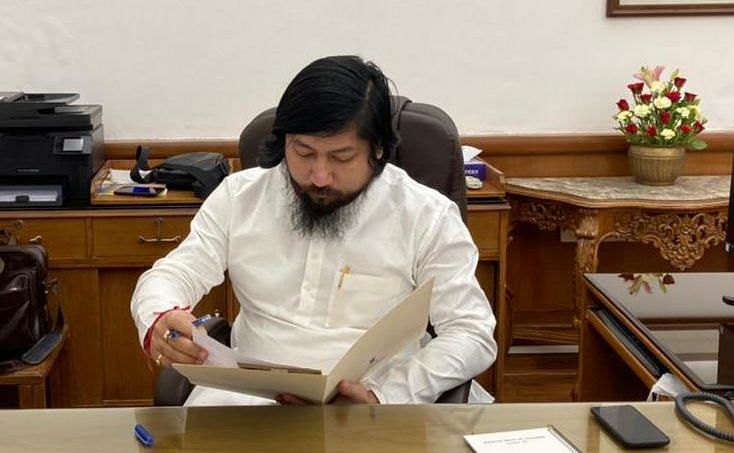 However, sources close to Pramanik strongly refuted the allegations, saying the minister was born, brought up and educated in India.

In his letter, which was also posted on his Twitter handle, Bora claimed that the reports in news channels namely Barak Bangla and Republic TV Tripura and digital media, India Today and Business Standard, showed that Pramanik a Bangladeshi national.

Quoting the reports, the MP claimed that the union minister’s birthplace was Harinathpur under Palasbari police station in Gaibandha district of Bangladesh and he reportedly came to West Bengal for computer studies.

After getting a computer degree, he first joined the Trinamool Congress (TMC) and later the BJP and was elected as an MP from Cooch Behar, Bora claimed.

According to the news channels, Bora claimed, Pramanik showed his address as Cooch Behar in election papers “by manipulation”.

The channels also highlighted the “jubilant scenario”, including a statement of “his elder brother” and some villagers of his native village in Bangladesh expressing their satisfaction on Pramanik being appointed as union minister of state for home.

“If it is so, this is a very serious matter for the country, that a foreign national is appointed as a union minister.

“Therefore, I urge upon you to conduct an inquiry about the actual birthplace and nationality of Nisith Pramanik in a most transparent way and clarify the whole issue as it creates confusion across the country,” Bora said in his letter to Modi.

When contacted, sources close to Pramanik said the minister is a “patriotic Indian” who was born, brought up and educated in India and asserted that the allegations were baseless.

The sources said if some relatives of the minister were celebrating in another country, what can he do.

“If an Indian relative of a Canadian MP feels proud and celebrates in India, what can the Canadian MP do about it,” a source said.

It may be a similar case, the sources noted and hit out at Bora saying a responsible MP should know what is wrong and what is right. – PTI