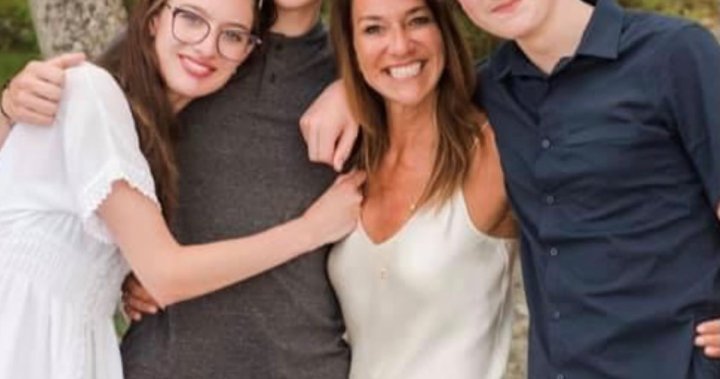 The twin sister of the 51-year-old Oakville woman killed in a collision between two motorized vessels just a few hundred metres off the shore of the Windermere Marina in Muskoka on Wednesday says she and her sister were inseparable.

“She had so much life. She was everything to so many people,” said Heather Angelo, choking back tears as she referred to her sister as the glue to the family and docile as a lamb.

“She had the softest spirit, a very positive person. Her sense of humour was out of his world. She was so silly.”

Ontario Provincial Police identified the woman who was unaccounted for on Wednesday night, recovered by police divers from Lake Rosseau on Thursday afternoon as Donna Wiley.

Wiley’s sister told Global News she would have wanted to be remembered as “Maureen Spero.” Angelo said everyone called her by middle name Maureen, or called her “Moe,” and she had recently started using her maiden name Spero.

Angelo said Spero was driving her Boston Whaler motorboat to Windermere House hotel, a five-minute boat ride from her cottage on Tobin Island for dinner with two of her three grown children when her boat collided with another motorized pleasure craft.

Spero, her son and her daughter were all thrown into the lake as were the three occupants of the motorboat they collided with.

Angelo said Spero’s children tried to rescue their mother, but unable to find her, adding they eventually had to swim to shore.

Spero’s daughter was taken to hospital where she was treated for a broken collarbone and released.

Police said a 13-year-old girl from Toronto in the other boat was pronounced dead at the scene. The girl’s 11-year-old brother was also rescued. was taken to hospital and released. A woman believed to be the mother of the children was also transported to hospital, before being airlifted to Toronto’s Sunnybrook Health Sciences Centre where she remains in critical condition.

It’s unknown if any of the six people involved was wearing life jackets.

The Bracebridge OPP detachment have yet to release the name of the 13-year-old victim.

Meanwhile, investigators asked anyone who lives near the Windermere Marina to check for surveillance video of the crash.

Const. Samantha Bidley told Global News that the weather was clear at the time and could not say if the sun may have been a factor.

Angelo said her twin sister loved her cottage which she considered a place of solace.

“The cottage was where they played all their games as a family,” said Angelo while describing how sister enjoyed working out, tennis and had recently taken up golf.

Of the two sisters, Angelo remarked that her sister was the cautious one.

“She was a very experienced and cautious boater which is why the family has so many questions about what went wrong,” she said.