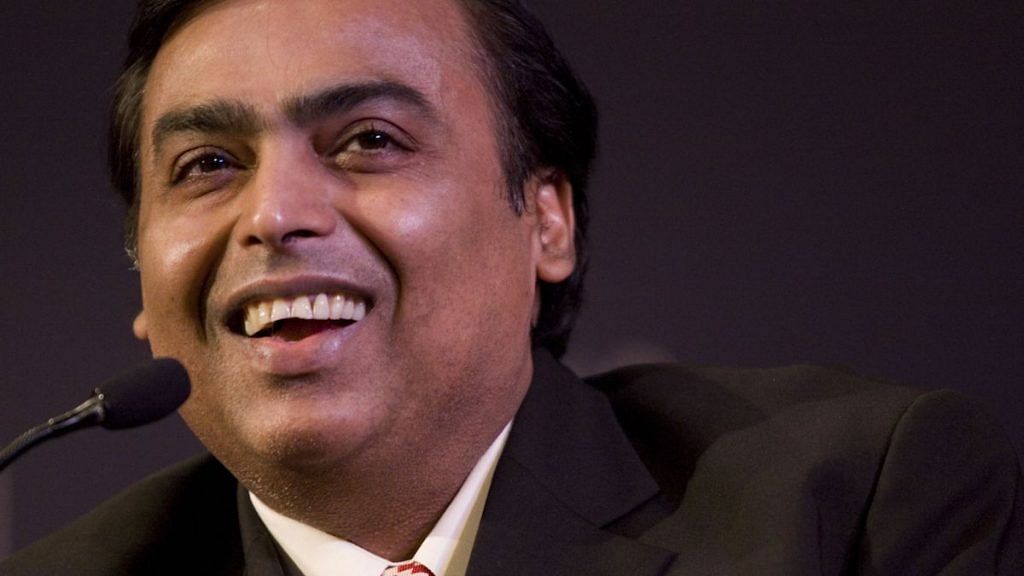 India’s most valuable company plans to acquire 66.95% stake in Just Dial through its arm, Reliance Retail Ventures Ltd. It will use a combination of preferential allotment, a secondary purchase from founder V.S.S. Mani and an open offer for up to 26%. The first two will cost Rs. 35 billion ($469 million).

Just Dial’s board Friday approved the preferential issue of 21.2 million shares at Rs. 1,022.25 each to Reliance Retail for aggregate Rs. 21.6 billion in cash, it said in a filing to the exchanges. The purchase price represents a 4.7% discount to the company’s last closing price of Rs. 1,072.70 per share, data compiled by Bloomberg show. Further, Reliance Retail will acquire 13.1 million equity shares from Mani at a price of Rs. 1,020 and will also make an open offer to investors under existing laws.

“The investment in Just Dial underlines our commitment to new commerce by further boosting the digital ecosystem for millions of our partner merchants, micro, small and medium enterprises,” Isha Ambani, director at Reliance Retail, said in a statement.

The latest transaction gives the retail-to-refining conglomerate a foothold in the gig economy and adds to its bouquet of digital offerings, which includes online retail, music, video streaming, gaming and financial services. Reliance, which raised more than $30 billion by selling stakes in its digital and retail units last year, has been aggressively acquiring local firms to take on rivals such as Amazon.com Inc. and Walmart-owned Flipkart in a bid to dominate India’s booming e-commerce sector.

Established in 1996 — two years before Google was incorporated — Just Dial began by offering users a simple phone search service where users called to locate the nearest hairdresser, handyman to install a TV or florist to deliver a bouquet.

The Mumbai-based search service and marketplace now offers local information and buying options for everything from catering to dance classes and electronics repair shops. Just Dial’s shares have rallied 65% this year.

It offers services in more than 250 Indian cities and claims to have a database of 30.4 million listings as of March 31, according to its website. It provides information across platforms that include a website, mobile apps, texts and phone.

As Reliance’s telecom firm gears up to sell its much-awaited budget smartphone, co-developed with Alphabet Inc.’s Google, apps such as Just Dial will come in handy to lure buyers. Many of these apps are expected to be pre-loaded into this affordable 4G device that will debut in India on Sept. 10. Mani will continue to be the managing director and chief executive of the company after the transaction. – Bloomberg

Also read: Mukesh Ambani says there is ‘no option’ but to make businesses green