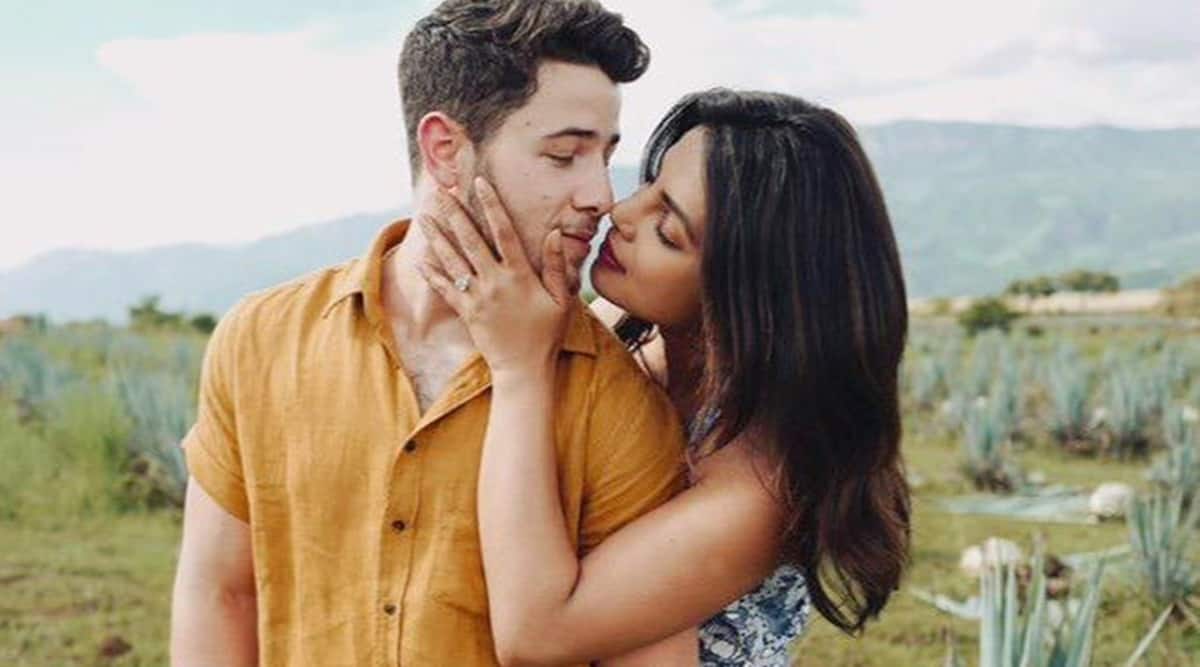 The world has been a witness to Priyanka Chopra and Nick Jonas’s fairytale romance that culminated in a dreamy wedding in 2018. Belonging to different religions, cultures and even countries, they found love with each other, and are today considered one of the most popular couples across the globe.

Today, on Priyanka Chopra’s 38th birthday, we revisited her memoir that released earlier this year. While she has written at length about finding love in Nick, here’s picking Priyanka and Nick’s sweetest moments.

You might assume that the couple’s first date was all about romance, however, the Barfi actor confessed that their first date had to be called off. And mind it, it could have been ‘a hands-down winner’ on a first date ever competition, but alas.

The actor wrote about the time when the two had been chatting for almost 15 months and Nick surprised her with a date offer. “Nick called unexpectedly to ask if I would be his date to President Obama’s farewell party at the White House in January of 2017. If there were a Best First Date Ever competition, that would be the hands-down winner. Alas, that is not a part of this story. Quantico ended up filming and I couldn’t leave the set. Huge disappointment.”

When Priyanka was worried about age gap with Nick

Post the Met, the two spent some time together, and while Priyanka could feel there was something happening, she was reluctant to move things ahead. The reason being their 10-year age gap.

She wrote, “Again, there was no kiss—and this time not even a pat on the back. But there was a lingering hug. I’d had so much fun that evening, and I was now deeply curious about this man. While we tried to connect in the weeks and months after the Met Gala, it never worked out. Nick had been quite clear about wanting to take me out the next time I was in L.A., but to be honest, I may have been a little reluctant to move things forward. As intriguing as I found him, I knew that when I was ready to be with someone again, I wanted to be with someone who wanted a family. He was twenty-five and I was thirty-five, and I assumed he didn’t, at least not anytime soon.”

When Priyanka revealed when she fell in love with Nick

Priyanka and Nick’s first Date happened in May 2018. Recently while promoting her memoir Unfinished, Priyanka Chopra and Nick Jonas sat down to answer some fan questions. While a fan asked, “When did you fall in love with me?” Nick said he was dying to know the answer.

Priyanka blushed and said, “You remember when I came to the studio, after the Dodgers game?” Nick then nodded and said, “So we meet once, don’t see each other for a year, hang out again briefly, then it’s another year before we say ‘let’s give this a shot’.”

“We go to the Hollywood Bowl, it’s an amazing, magical night. We go to the Dodgers game the next day, which was a confirmation that this wasn’t a fluke, and that we really liked each other,” the singer-actor added. Nick also revealed that within 48 hours after that day, they said ‘I love you’ to each other.

Priyanka said she was worried about Nick’s diabetes

Like a sweet caring girlfriend, Priyanka Chopra was left worrying when she got to know about Nick Jonas being diabetic. However, seeing the way he cared about his health calmed her down.

She wrote in her memoir, “In the first few weeks of our getting to know each other, Nick had told me that he had type I diabetes. I remembered seeing a mention of that when I googled him after he’d first reached out to me in 2015, but I hadn’t thought too much about it. Once I understood what a serious condition it was, I found myself worrying about him almost constantly. Fortunately, that didn’t last long. As we spent more and more time together, I saw how extremely disciplined he was.”

When their date ended in a ‘platonic hug, pat on the back’

Sharing an anecdote from one of their first meetings, Priyanka shared that she met Nick for a drink, a few days before their first Met Gala appearance. Since she enjoyed spending time with him, she invited him home. Having missed informing her mother she was getting a guest home, Nick and his then future mother-in-law had an awkward first meeting.

“All he remembers is walking into my rented duplex expecting a private romantic setting, and seeing my mother curled up on the L-shaped couch in the living room in her night-gown, watching TV— she was getting her nightly murder fix with an episode of Law & Order: SVU. Our favorite show.

“Oh shit,” she said, in an embarrassed whisper. I’d failed to alert her that I was bringing someone home. Oops.”

When Priyanka tried to spy on Nick and her mother

The actor wrote about the time when Nick Jonas visited India for the first time. Given she had to step out for work, she was worried about what he would do in a strange city when Nick offered to take her mother, Madhu Chopra out for lunch. However, it wasn’t what she was expecting. “I zipped right into worrying mode. Why did he want to take my mother out to lunch alone? What would they talk about? Would either of them accidentally say anything that would embarrass me?”

That afternoon I sat in a meeting surrounded by twenty people and couldn’t stop wondering what Nick and my mom were doing at that very moment. Unable to take the suspense any longer, I sent a member of my security team out to take pictures of them at the restaurant they’d gone to—okay, to spy on them—so I could study their body language using my Quantico skills. #NotProud.”

She later found out that Nick had taken her mother to lunch as he wanted her permission to marry Priyanka.

The D-day for Priyanka and Nick came on December 1, 2018. Their three-day wedding celebration was a combination of both Christian and Hindu marriage traditions. It took place in Jodhpur.

During a recent appearance for Telegraph’s Imposters podcast, Priyanka Chopra was asked if she secretly hoped that headlines around her wedding would have read ‘international global superstar Priyanka Chopra marries singer’? The actor broke into laughter and said, “No, because I’m not competing with my husband.”

“I take immense pride in the fact that Nick is as multi-hyphenated as probably I am and the fact that we both come to the table as creatives and we draw on each other to become better every day, I don’t think either one of us is defined by each other. The media tries to do that more than we do,” she said, speaking on Telegraph’s Imposters podcast.

The couple was also trolled several times as Nick is 10 years younger than Priyanka.

In an interview with The Sunday Times, the actor was once questioned whether the 10-year age gap between herself and Nick, 28, was a bigger “gap to bridge than any cultural differences”. The actor said neither was a hurdle.

“Nick took to India like a fish to water. But just like a normal couple, you have to understand each other’s habits and what each other likes. So it’s more of an adventure than trying to figure out hurdles. None of it was really that hard,” she said.

In 2019 the pair again hit the Met Gala red carpet together.

And there were many events, festivals and special occasions that we saw Nick and Priyanka by each other’s side.

Priyanka and Nick have a lavish house in Los Angeles together. Her book also has a photo from her ‘griha pravesh’ ceremony. “Moving into our new house during quarantine was unusual but we made the best of it, including a Griha Pravesh (house warming) ceremony,” she wrote.

As of now Priyanka and Nick are pet parents to their dogs — Diana, Gino and Panda and time and again treat fans with their PDA on social media.

Priyanka Chopra and Nick Jonas’ love story is quite a filmy script.